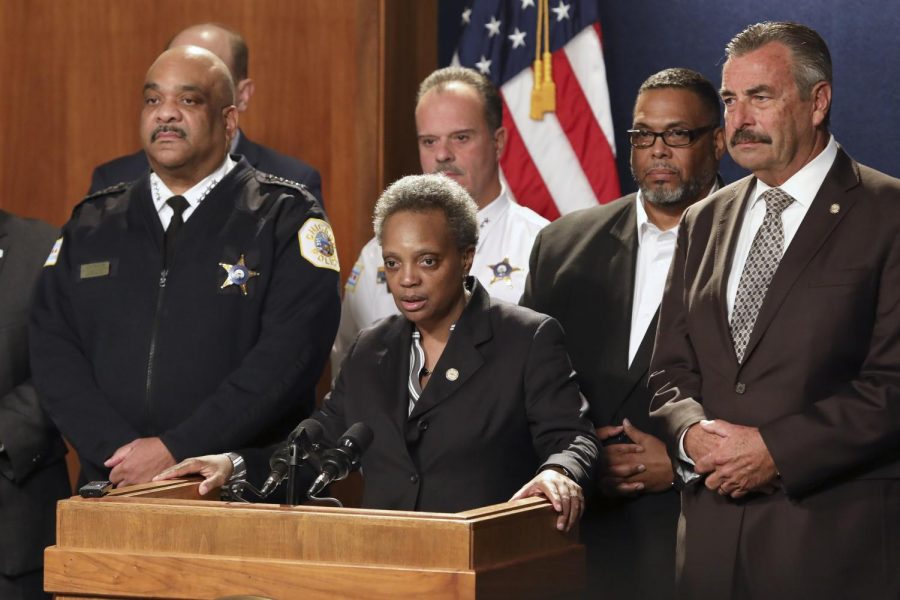 Eddie Johnson announced his retirement as CPD superintendent. It came only weeks after Johnson launched an investigation into himself following an incident where he was found sleeping in his car after failing to take his blood pressure medicine and having “a couple of drinks.” Johnson said this incident was not a deciding factor in his retirement.

Lightfoot announced on Friday, Nov. 8, jsut one day after Johnson’s announcement, that former chief of the Los Angeles Police Department Charlie Beck would be instated as Johnson’s interim replacement.

Beck was not applauded by some communities. Soon after the announcement, Black Lives Matter of Los Angeles released a letter urging Chicago not to keep him permanently in the position.

In order for CPD to continue to make improvements in policing, the permanent superintendent needs to be equipped with the right characteristics:

There needs to be a deeper trust between police officers, especially the superintendent, and the community members they are protecting. Promoting more events geared toward youth, such as Coffee with a Cop, could help residents become more trusting of police. When police officers interact with community members in a “non-enforcement context,” it helps reduce bias and break down stereotypes.

After the dashcam footage of the fatal shooting of 17-year-old Laquan McDonald was released Nov. 24, 2015, protests ignited across the city. Former Mayor Rahm Emanuel fired then-Superintendent Garry McCarthy and handpicked Johnson to help restore the reputation of the police department in 2015.

The city began creating more policies to provide greater transparency—for instance, dashcam footage of officer-involved shootings is now required to be released after 60 days. This is a step in the right direction that the next superintendent must continue to implement and grow.

If the next superintendent was a Chicago native, they would be able to provide local insight and have the history and background of the inner workings of the city. According to research done by 24/7 Wall St., a financial news and opinion company, Chicago is one of the top five most segregated cities in the U.S., with many of the neighborhoods being distinct; each one functions differently.

If Lightfoot applies these characteristics to CPD’s next superintendent, Chicago’s long history of policing malpractices may come to a much-needed end.