Editorial: If Katie Hill goes, so should Donald Trump 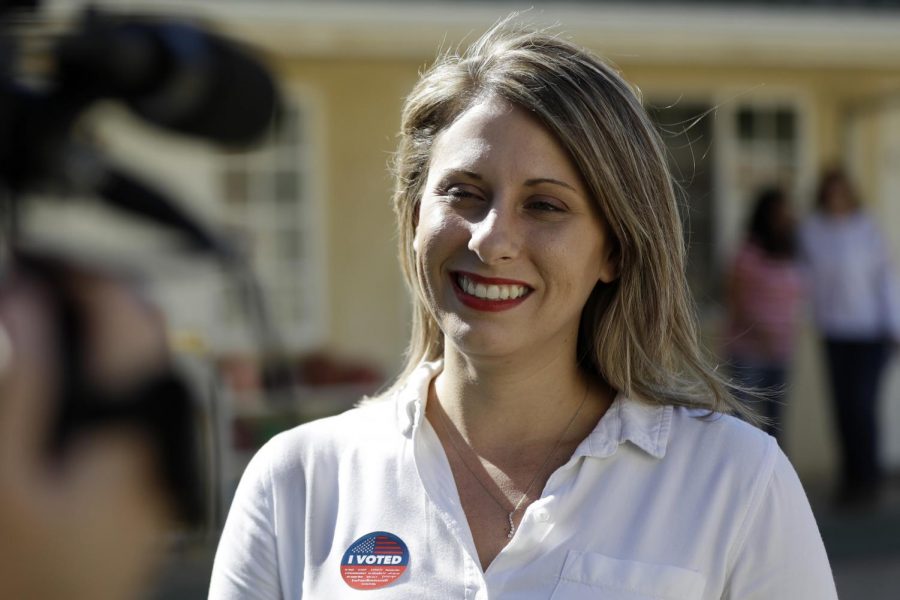 Double-standards are nothing new when it comes to gender and politics, and Rep. Katie Hill’s (D-Calif.) resignation after the height of the #MeToo movement proves not much has changed in Washington.

“I’m leaving because of a misogynistic culture that gleefully consumed my naked pictures, capitalized on my sexuality and enabled my abusive ex to continue that abuse, this time with the entire country watching,” Hill said during her final speech on the U.S. House floor Thursday.

Meanwhile, down Pennsylvania Avenue, the commander-in-chief has been accused by more than 25 women of sexual misconduct, harassment and rape, yet remains unscathed in his career.

What’s even more unsettling is older Democrats’ disavowing of Hill.

Speaker of the House Nancy Pelosi (D-Calif.) took part in the commonality of victim-blaming when she said, “It goes to show you, we should say to young candidates, and to kids in kindergarten really, be careful when transmitting photos,” as reported Oct. 31 by POLITICO.

Instead of teaching 5-year-old girls not to take photos of themselves, we should be teaching boys to refrain from sharing private pictures without consent in the hopes of destroying girls’ lives; just like we should not teach women how to lower their chances of being raped, but rather teach men not to rape anyone.

If anything, this incident proves that all men need to do to ruin women’s political careers is post naked photos of them. Whereas if a woman wants to remove a man from political office, she needs to first suffer a criminal offense, and even then her chances of success are slim.

In a party that claims to be progressive and supportive of the #MeToo movement, the generational divide on Hill’s situation is jarring for constituents within the party. On one hand, there are older Democrats victim-blaming Hill, and on the other there are congresspeople like Rep. Alexandria Ocasio-Cortez (D-N.Y.) pointing out the rampant double standard.

As a party heavily populated with women and led in the House by a powerful woman, Democrats should have stood unanimously behind Hill, demanding that if she goes, every male politician reckoning with #MeToo—including the president—needs to follow her out the door. Instead, the generational divide only highlighted the ever-present disarray and polarization within the party.

If this fall from grace is what happens to women who have consensual affairs and then are harassed by their allegedly abusive husbands, the standard bar for punishment on the male side needs to be raised.