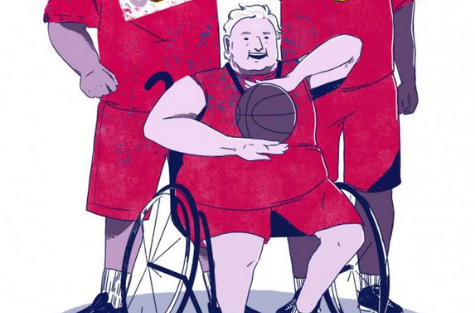 The Department of Education, backed by President Donald Trump, proposed cutting funds for the Special Olympics in the 2020 budget. This decision was rightfully faced with bipartisan outcry. In response to the criticisms, Trump went against “his people” and said the Special Olympics will be funded.

The Special Olympics is partially funded by $18 million it receives from the government. That $18 million is less than one-tenth of a percent of the Department of Education’s annual budget; many commentators have pointed out that it’s the equivalent of a handful of Trump’s taxpayer-funded trips to Mar-a-Lago. Still, Trump  demanded major cuts, which Betsy DeVos had to defend to members of Congress.

Trump’s decision to go back on his word is one that deserves to be examined since he typically doubles down on his positions when called out. It may have been a tactical move to look sympathetic to voters, or it may have been a genuine change of heart in response to calls for compassion. The end result of the Special Olympics being funded is what matters, but voters deserve politicians with integrity, making the reasons behind his backtracking important.

When Trump initially advised his administration to make cuts, he was quoted as saying “Get rid of the fat, get rid of the waste.”

Investing in members of the disability community is not a waste. They are not some non-essential spending to be cut from the federal budget. They are taxpayers, citizens and human beings, and they deserve funding from the government which represents them. Disabled people are routinely set aside by society, and the government has often been complicit, from Trump’s mocking of journalist Serge Kovaleski’s joint condition to poor enforcement of the Americans with Disabilities Act.

According to a July 26, 2017, Rewire News article, ADA violations include lack of  accessible entrances such as ramps and elevators, refusing entrance to service dogs, narrow or cluttered aisles at stores, curbs without sloped edges and more. A quick trip around the city proves these problems often go unnoticed and unfixed, despite presenting danger to those who need assistance. Often the only people who notice these violations are those affected by them, and they may lack the resources or ability to file complaints and take businesses to court.

Funding the Special Olympics is only one component in the ongoing work that we must demand from the government. The disability community deserves so much better than what they’re getting from the government and the culture. Disability funding, resources and education are not “extras” to be considered only after other programs have been funded first; they should be at the center of legislation.