Editorial: Feeling helpless at work should not be the norm 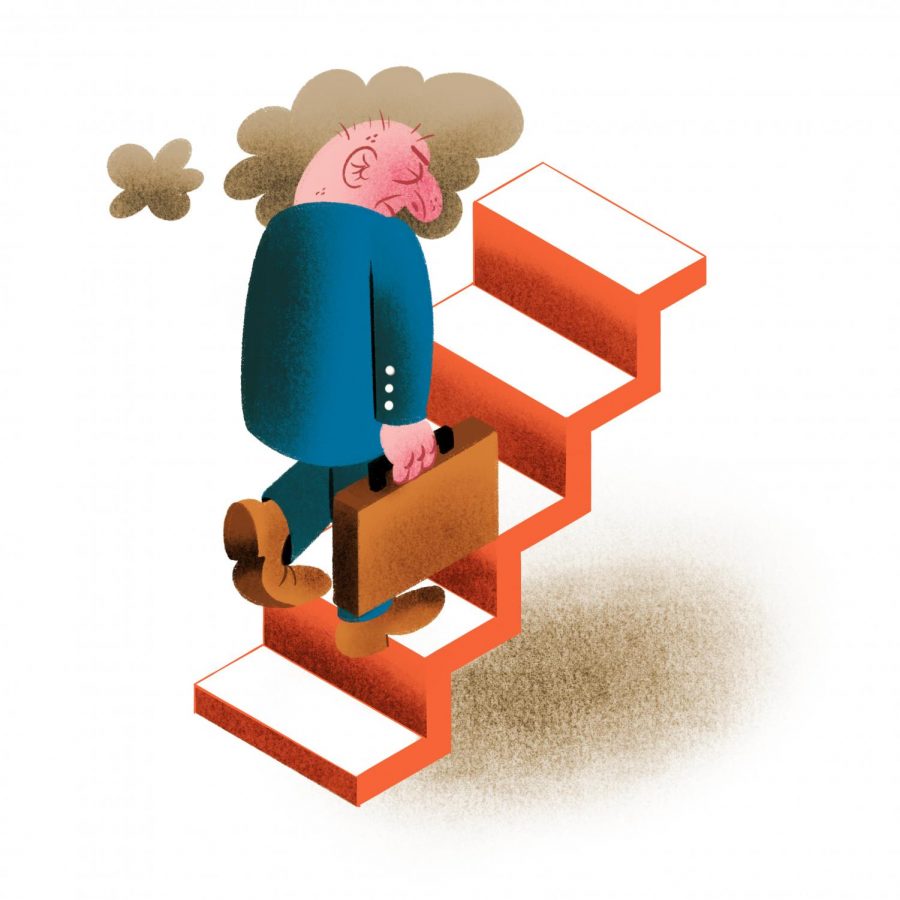 It is not hard to determine what makes an unhealthy working environment: long hours, a sense of powerlessness and high stress with low reward. What is more difficult, however, is attempting to rectify that reality.

On Tuesday, Dec. 17, 2019, the U.S. Bureau of Labor Statistics released its annual report, “National Census of Fatal Occupational Injuries in 2018.” Among charts, bullet points and explanative blurbs, a harrowing statistic was tucked away: Between the years of 2017 and 2018, workplace suicide increased by 11%, totaling 304 deaths—though some experts believe this is an underestimate.

More notable instances of this include a 2019 incident in which a Facebook employee died by suicide at the company’s headquarters. The aftermath of such an event revealed the skeletons in Facebook’s closet. It was speculated that the death of the employee, Qin Chen, happened after unfair treatment in the workplace by his managers and an allegedly unfair performance review. This speculation was led by a fellow coworker of Chen, Yi Yin. In the wake of the death, Yin implored his employers to be transparent in the situation. He was told, “Do not discuss the incident,” and days later was fired from his position, as reported Monday, Oct. 21, 2019, by Vice.

The Facebook scenario, while it is an extreme example, is not isolated. These deaths have in common the overwhelming, demanding and sometimes unjust environment humans walk into 9-to-5 everyday.

The monotony of this lifestyle and the burden that it brings can show itself in the physical, mental and emotional states of employees. It can also highlight pre-existing issues such as anxiety and depression.

To some companies, employees are just bodies in chairs, and bodies are expendable. But, there is power in numbers. It can almost be guaranteed that if someone is feeling helpless in their workplace, they are not the only one. Creating a coalition between co-workers shows that no one is alone, and this camaraderie only strengthens the call to action when brought to the attention of managers, bosses or CEOs.

But recognition needs to happen on both sides. There is no company that can work as a well-oiled machine while glossing over the mental and physical ailments of those whom they employ—just as employees must assume some responsibility and cannot continue to fly under the radar as their health, and their work performance, begins to plummet.

For there to be change in the workplace reality, change needs to be instituted in daily life. Normalizing mental health days; acknowledging heavy, strenuous workloads; and having chances to break away from the desk to de-stress can all impact the way employees view and perform in their job.

Similarly, if an employee is protected under a union, they should seek out ways to advocate for themselves. Methods such as suggestion boxes, in-office wellness practices and calling out injustice when they see it happen are key examples of ways to take the workplace atmosphere into your own hands.

If you or someone you know is struggling with suicidal thoughts, call the National Suicide Prevention Lifeline 1-800-273-8255 or text the Crisis Text Line at 741741.