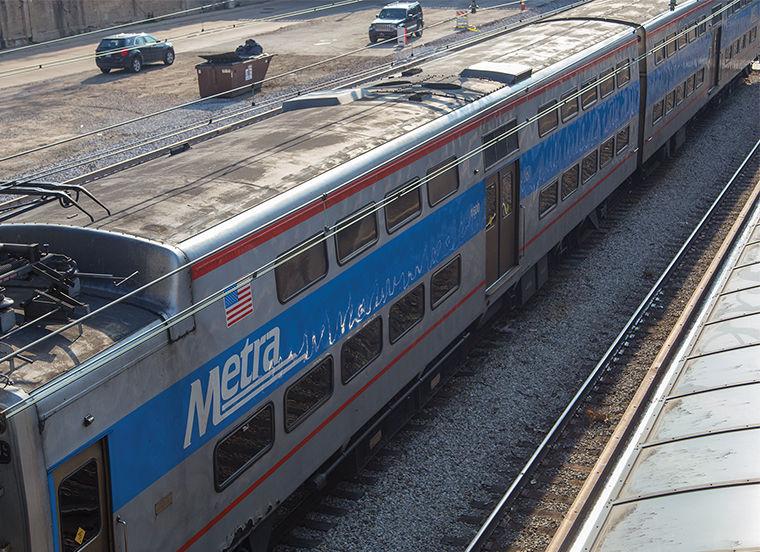 Metra plans to launch an app early this summer to make ticket payment easier, by allowing riders to purchase tickets on smartphones and other devices, as well as add transit value to Ventra accounts, according to a Jan. 23 Metra press release. Metra is test-running the app before its release to catch any technical glitches.

Metra is scheduled to release a mobile ticket-purchasing system early this summer, allowing riders to pay from their smartphones and other mobile devices.

To promote the upcoming app, Metra is increasing its penalty for onboard purchases to discourage riders from paying with cash after the app is released, according to a Jan. 23 Metra press release. The app is expected to help in the development of a regional app that is being created in conjunction with the Chicago Transit Authority and Pace bus service.

Riders will have the option to pay the on-train fares using their smartphones joined with a credit or debit card or a Ventra account. According to the press release, the app will feature other account management functions, such as  the ability to add transit value, load passes onto Ventra cards, check balances and receive real-time account alerts.

Metra is test-running the app before its release to avoid the kinds of glitches that plagued the rollout of the CTA’s Ventra card in 2013, according to the press release.

Claire Bernotavicius, a freshman journalism major, commutes via the Metra from Orland Park to Union Station during weekdays. She said she often sleeps on the train because her commute takes an hour, and it would be irritating to pay using her phone.

Bernotavicius said she also worries about possible glitches that could occur after the app’s release. Although she uses the Starbucks mobile app to pay for her drinks, Bernotavicius said mobile ticketing is not something she is completely ready to switch.

“It’s kind of a hassle,” Bernotavicius said. “I feel like it would take so much longer than just looking at the little piece of paper.”

Steve Guenther, vice president of Digital Auditing Services who commutes on the Metra from Cary, Illinois, said he is thrilled Metra is planning to provide customers with a new way to purchase tickets.

Guenther said he only takes the Metra a couple times per year, but it would be easier to use an app than to wait in line to purchase his round-trip ticket that day. With mobile ticketing, Guenther said he can purchase his ticket the night before his trip through his phone without a rush. He also said he is not afraid of any possible problems when the system launches.

“If you don’t keep your phone charged, your battery can die,” Guenther said. “But if you keep on top of it, it shouldn’t be an issue.”

Alisha Mendez, a senior cinema art + science major, said she commutes to her internship in Mt. Prospect, Illinois once a week on the Metra. She said she cannot wait for the mobile ticketing service because she will be able to sleep an extra 10 minutes instead of waiting in line for a ticket.

“Better technology for the Metra is a good thing,” Mendez said. “They have been the same way for too long and lost a lot of money because of it.”