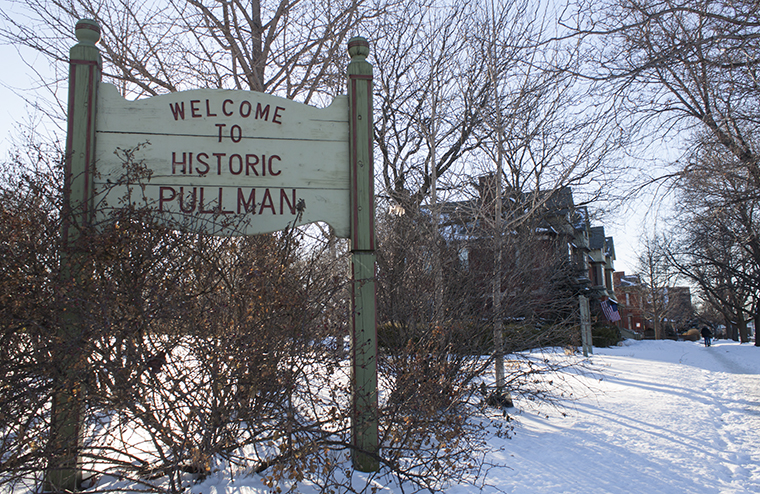 With their community burdened by high unemployment rates and stagnant development, residents of the Pullman neighborhood, located on Chicago’s South Side, are looking to revitalize the area and honor its rich history.

U.S. Sens. Mark Kirk and Dick Durbin and U.S. Rep. Robin Kelly introduced legislation in Congress to create a national park in Pullman’s historic district near the 95th/Dan Ryan Red Line stop in hopes that it will create jobs and preserve the neighborhood’s place in U.S. history, according to a press release from Kelly’s office. Congress is expected to vote on the bill during its Feb. 3 session.

Pullman was created in 1880 for the employees of the Pullman Palace Car Company, providing them housing in the same place they manufactured rail cars, as reported Dec. 6 2010 by the Chronicle. The important history of the African-American labor movement has allowed the National Park Service to designate the area as historically significant enough for a national park title, according to a July 2013 National Park survey.

Most Pullman residents are supportive of the possible designation, said Lorraine Brochu, president of the Pullman Civic Organization. She said residents hope a national park would draw businesses to the area and lead to job growth.

“We see this as a potential economic boom,” Brochu said. “We’re looking forward to the jobs and the support organizations that might come with this, and of course, if it is a national park, there is a lot more attention both on the local and the national level.”

The National Park Conservation Association determined that a Pullman National Park would lead to more than 300 jobs, six times the number of jobs Pullman historic sites currently provide, and would generate $40 million in revenue within 10 years, based on the success of other national parks and tourism sites.

Pullman’s city location and proximity to the 95th/Dan Ryan Red Line stop improve the park’s economic potential because it is widely accessible, said Lynn McClure, Midwest director of the NPCA.

“The thing about putting a national park in a city is that all of a sudden you make a national park experience reachable for a lot of people who might not otherwise head out to Yellowstone or the Grand Canyon or even the Statue of Liberty,” McClure said.

The national park title would place Pullman’s public historic buildings under the ownership of the National Park Service, allowing federal funds to go toward maintenance costs, according to Kelly’s press release.

If legislation is passed, the first building the National Park Service is likely to take up will be the Pullman Factory Complex, the historic building where Pullman factory cars were made.

“For 19 years we’ve operated under an entrepreneurship model,” Peterson said. “We do not receive any city, state or federal funding … I would like for the next generation of the museum to move forward a little more comfortably.”

Not everyone supports the title, however. Steve Stanek, researcher at the conservative Heartland Institute, said he does not think the federal government should invest in such projects when the nation is in debt and can’t currently pay for its national parks.

“I think this is just a way for Kirk and Durbin to throw money to Pullman,” Stanek said. “The federal government is already struggling with huge amounts of debt and it should not go to new commitments when it cannot sustain the commitments it currently has. They can barely pay for the historic sites they have now. How can they possibly go looking for money to spend on new sites? It’s fiscally irresponsible.”

Despite concerns about the national debt, Peterson, a life long Pullman resident, said the community would benefit immensely from increased financial support.

“If resources are poured into cultural institutions that will help disseminate and interpret information from an African-American perspective, I think it will improve the community more,” Peterson said. “The facts still remain, the majority [of Pullman] is African-American, so whatever needs to go on needs to cater to them to a degree.”