Someone You Should Know: Student stays busy by giving back 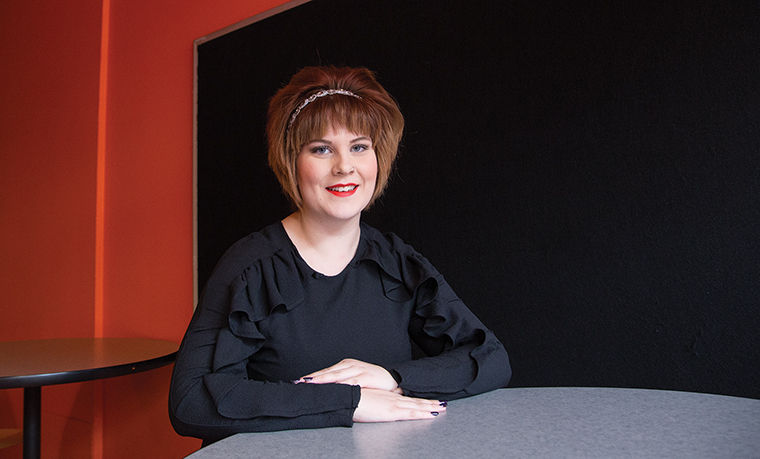 Kara Vana, a sophomore public relations major, said gaining experience in diverse fields is an important part of the college experience. To achieve this, Vana became a college representative for Headbands for Hope, an organization that gives headbands to children with cancer and donates money to fund research.

Kara Vana, a sophomore public relations major, is bringing Headbands of Hope, a nonprofit that raises funds for children’s cancer research, to Columbia.

For every standard headband sold for $14.95, the company donates $1 to the cause and gives a headband to a girl battling the disease. Prices range from the standard all the way to $200 for a Swarovski crystal-encrusted band that brings a donation of $25 to the customers choice of the St. Baldricks Foundation, Alex’s Lemonade Stand or CURE and 25 headbands to cancer patients. The organization has sold more than 20,000 headbands since it launched in 2012, according to its website. The website allows individual and bulk purchases and its products include a vast array of headbands in many different styles for adults and children as well as bandannas for boys.

A self-proclaimed workaholic, Vana juggles her job as one of the organization’s first Midwest college representatives with two other jobs, one at Wishcraft Workshop and the other at Haute & Co., a plus-sized bridal boutique. She said helping people, being involved in the community and staying busy are important parts of the college experience.

Vana said when she saw Headbands of Hope featured on the “Today Show” over the summer, she immediately applied to be a representative because she wants to contribute to its mission. Vana said she is working on getting the word out about Headbands of Hope by partnering with campus organizations, using social media and planning events on campus.

The Chronicle spoke with Vana about her experience with the organization, her plans to get others involved and her future endeavors.

THE CHRONICLE: What made you want to work for Headbands of Hope?

KARA VANA: I was looking for things to do during the school year because I like to stay pretty busy. I was looking at campus ambassador positions, so then I saw they were featured on the “Today Show,” and they were talking about how they go to hospitals and they give these girls these headbands just to be able to make them feel good. I’m 19 right now, and what’s really fascinating is the founder [Jessica Ekstrom], started this when she was 19. She was still in college, and she got this idea because she did an internship with Make-a-Wish. She saw that all the little girls just loved to feel pretty when they’re losing their hair. So this is where she came up with the idea. I thought it was really awesome that someone who was so young can do this. If you want to make a change, be the change. I really admire her spirit and just the way she went after it. I think that’s very much how I am.

Why is it important for these types of nonprofit efforts to have a presence on college campuses?

KV: I actually thought it was really crazy that they did that. I didn’t even really think of [colleges] as an outlet. But being in PR and marketing, [I realized] it’s so important because you’re reaching out to students who might want to be involved. Especially millennials—we want to be involved and we want to be hands-on. When we buy something, we want it to go toward [a cause]. We want to have that feel-good aspect. It’s important that [Ekstrom] is reaching out to people, especially college students, since she started this in college. It’s not about selling headbands and helping them make money. There’s so much you can do by being an ambassador. There’s also not a lot of [representatives] in the Midwest. A lot of it is Southern-based. It’s very scary and exciting at the same time.

Why should college students get involved with this sort of work?

KV: At the end of the day, it’s not just you that’s in this world. A lot of people forget—especially in our busy careers—if you just take a step back and you do things like this, it really just puts your life in perspective. It puts you in that “Wow, I’m really stressed all the time because I’m in college and this stuff is going on, but some girl out there is fighting cancer and she’s only 9 or younger than that” mindset. Being able to give back is so humbling and important as we go through our careers.

What are your responsibilities at Headbands of Hope?

KV: I just got the position in late August, so it’s just been kind of building up so far. Right now, I’m working on developing Columbia’s social media. It’s hard on our campus because everything is kind of everywhere, so that’s why I’m reaching out to different outlets. I’m also planning on doing an event here—kind of like a pop-up shop. It would be awesome to do it at ShopColumbia, but we’re working on it. Being able to have an event with the headbands there, people can go and buy them and hear about our story. I know other representatives in smaller towns do fairs and football games, so for me it’s a little different—I have to find different outlets to promote.

How do you plan to get other students on campus involved?

KV: I am part of the Columbia College Fashion Association, and I’m involved in PRSSA as well. I’m reaching out to my two organizations right now that I work closely with just to see if they are interested, if they want to help me plan an event and if they want to know more about it. I think we can have up to two representatives per college. With the Public Relations Student Society of America, we work closely with chapters at other schools like DePaul and Loyola. Being able to get that word out and get them involved in the aspect of being aware is important, and being able to spread it out to their friends is awesome.

Do you plan to continue this kind of philanthropic work?

KV: The experience aspect of everything I’m doing right now is why I switched from fashion business to PR. I’m just really interested in getting skills and being able to translate them into any kind of field. I’m really interested in nonprofit work right now. It’s something that is really intriguing to me. But I also have my passion for curvy and plus-size as well, so I’m kind of right in the middle between those. Keeping involved with things like this is important, whether I’m doing Headbands of Hope or volunteering. My mom did that her entire life, too. She’s a banker but she volunteers. Always having that aspect in your life is important and I get it from her.