EDITORIAL: Equality in the courtroom critical to LGBTQ activism 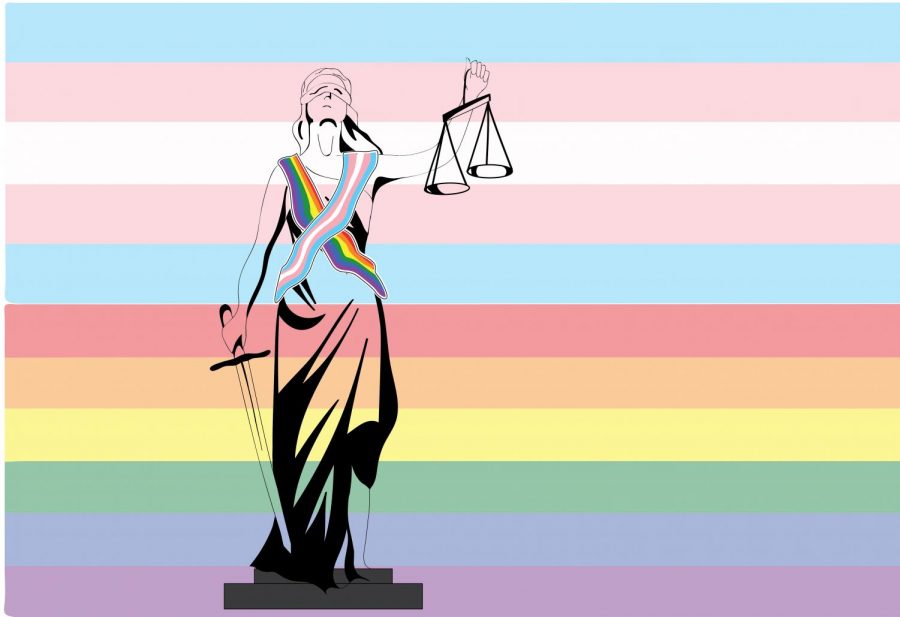 EDITORIAL: Equality in the courtroom critical to LGBTQ activism

New York is likely to become the fourth state to ban the controversial gay and trans panic defense strategy, according to a Jan. 25 NBC article. The bill was introduced in 2017 and has been gaining momentum since.

According to the LGBT Bar, a national association of legal professionals for the LGBTQ community, the gay and trans panic defense argues a victim’s sexual orientation or gender identity justifies violence against them.

Though it may seem a relic of an inhumane past, these defenses have been used within the past year and have protected dozens of violent bigots from legal ramifications. In May 2018, Texan James Miller was sentenced to only 10 years probation for killing his neighbor Daniel Spencer after he believed Spencer “leaned in for a kiss.”

Only three states—California, Illinois and Rhode Island—have banned this defense. The American Bar Association has been pushing for a federal ban since 2013, and it is time for the government to catch up. This defense insists the fragile pride of men who cannot handle the existence of LGBTQ people is more important than a human life. It is a betrayal of equality under the law. It advocates that LGBTQ people are second-class citizens in the land of the free.

The gay and trans panic defense boils down to a fundamental belief that LGBTQ people are inherently deceptive for being who they are and that violence against them is justified. Society forced the community into the closet, forced rigid gender norms where they did not fit and forced upon people the very idea that they have to pretend not to be queer to be accepted. To punish LGBTQ people for these inflexible standards that were not theirs to begin with is despicable.

When we attempt to apply black-and-white laws to a rainbow of human experience, the outcome will always be catastrophic. The appearance of social acceptance means nothing if LGBTQ people can legally be murdered for who they are.

The very fact that this defense exists and is legal in the vast majority of the country shows just how far society still has to go in order to achieve real, meaningful acceptance and support for LGBTQ people. Marriage equality and pride parades, though critically important and sustaining, are simply not enough. We cannot become complacent in the face of the profound, ingrained, historical oppression of LGBTQ people. Their dehumanization is built into the foundation of our culture, so deeply rooted that our legal system rarely even acknowledges it, much less confronts and demolishes it.

We cannot and will not be subdued by how far we have come compared to 10, 25 or 50 years ago. We cannot convince ourselves this is far enough. The difference between progress and regression is apathy. Learn the history of violence and brokenness in order to push forward into the future. Cultural change is happening more rapidly than ever before; we must pressure the legal system not only to keep up but to set the stage for what more needs to be done.