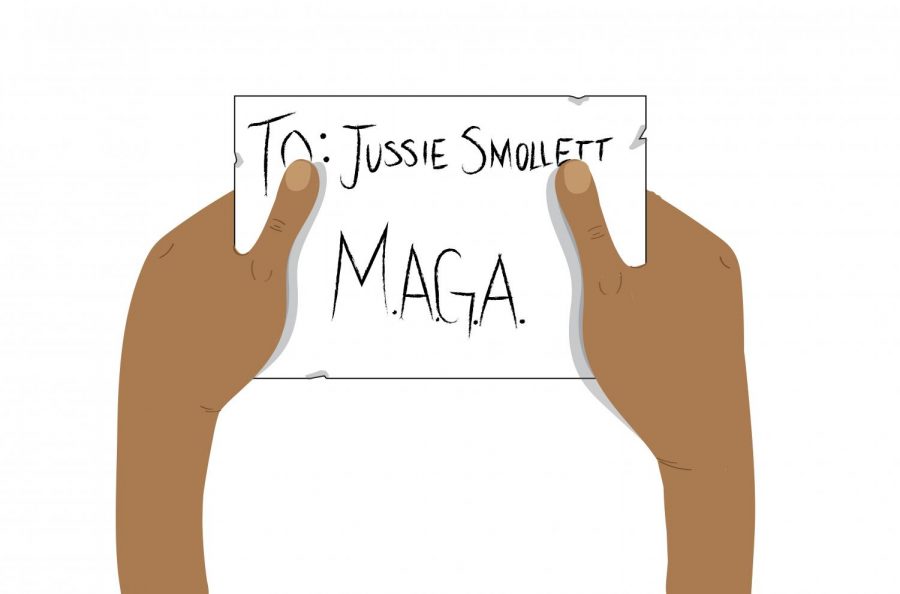 “Empire” star Jussie Smollett’s name has been splashed across headlines for more than a month following his alleged attack in Chicago.

Since Jan. 22, when a homophobic death threat letter was delivered to Smollett at Fox studios followed by an attack that allegedly took place Jan. 29, statements from Smollett were looked at with skepticism, for more reasons than one. Smollett had holes in a few of his claims and police were suspicious of some of his actions, including his reluctance to let them inspect his phone.

After the alleged attack, Smollett said his attackers shouted racial and homophobic slurs at him and told him Chicago was “MAGA country,” referencing President Donald Trump’s “Make America Great Again” campaign slogan. Smollett–—who is black and openly gay—also implied during a public appearance that anyone pushing back against his claims was showing prejudice.

Now that the story is unraveling —with Smollett awaiting trial for allegedly filing a false police report after he turned himself in to Chicago Police Feb. 21—more ethical issues have fallen on the table.

Whether or not Smollett is found guilty, he has been made the face of something larger than himself. Before this incident, there was a lack of support and understanding regarding prejudice toward people of color. Now that Smollett, a celebrity with a platform, may be guilty of faking his own attack, it could discredit victims of hate crimes, specifically those in the black and LGBTQ communities.

Society tends to look at individuals as representatives of an entire community. If one person from a group makes a poor choice, then the community suffers the consequences.

While some may exhibit certain unfavorable characteristics, everyone cannot be reduced to the same category.

In Smollett’s case, the purpose for filing the reports will go down the drain, as he could come to be known as “the boy who cried wolf.” No one knows the reasoning behind his case, what really happened the night of the alleged attack or why it happened. He was doubted from the minute he made the report, and now that he may have lied, he will never be taken seriously again.

We cannot allow the same be true for other LGBTQ people and people of color who are victims of hate crimes. Living at the intersection of these communities can put an individual more at risk of violence. Smollett may have made a major mistake and discredited himself, but that cannot be the case for the communities he identifies with. False claims or reports of victimization should not affect our willingness to believe victims of violent discrimination.