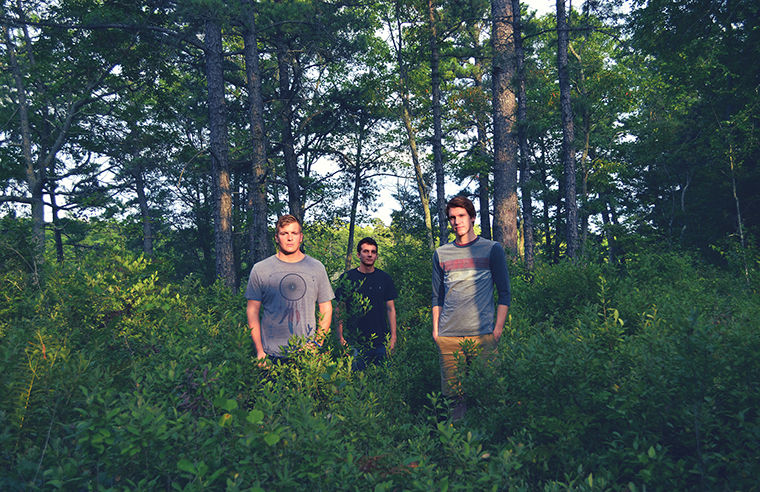 Cold Weather Company is an alternative indie trio based in New Jersey that prides itself on being independent. The band is scheduled to start its Bluebird to Blueridge tour on Feb. 18 through Feb. 28.

Cold Weather Company can be like a cozy sweater with its soothing alternative folk indie music, but it’s not a clothing manufacturer. However, it did offer copies of its 2015 debut album, Somewhere New, in exchange for winter coats to donate to a local homeless shelter.

The independent New Jersey-based trio, whose members met at Rutgers University, formed in 2013  and is working on its second album, scheduled to release in the middle of 2016. “Wide-Eyed,” the first single off the yet-untitled album, dropped Jan. 6 and has more than 8,000 plays on Soundcloud.

The ambitious band also works as its own marketing team, enjoying the freedoms of having no record label. Steve Shimchick on piano and vocals, Brian Curry on guitar and vocals and Jeff Petescia on guitar and vocals make up the group, and they all write their own songs. The band announced its 11-day Bluebird to Blueridge Tour throughout the Northeast, which is scheduled to begin Feb. 18.

The Chronicle spoke with the band about its debut album’s success, its upcoming tour and the qualities that make the band unique.

THE CHRONICLE: What is the story behind your band name?

STEVE SHIMCHICK: We formed closer to winter, so that was a big influence. Our music always had a nature-y folk feel to it. That’s where the “Cold Weather” came from.

BRIAN CURRY: Steve is the happy dude in the band. Jeff and I, we’re not necessarily sad people, but we have always had a seasonal side, so the idea of “Company” is the idea of warming you up when it’s cold outside and making you happy. We felt like that was what we wanted the band to represent. It has a double meaning, although some people like to think we are a company that makes cold weather.

Who are your musical influences?

SS: I grew up playing piano so that’s a subconscious influence I’ve had, but a lot of Coldplay, Keaneand Ben Folds.

BC: Bon Iver is a big one for me. Mumford & Sons too, and Ben Howard. Fleet Foxes, Crosby and Stills & Nash taught me about harmonies and how they could be really cool.

“Wide-Eyed” is the first single off your upcoming second album. What’s next?

BC: I think we are working more on writing everything together. With the first album, we brought a lot of songs in from before we were a band. We are a lot more collaborative with this album. I think we are coming into our own sound more this time around and making it all sound like a more cohesive effort.

How does being independent benefit your music?

BC: We record everything ourselves. We don’t have to pay for studio time so we don’t have to worry about doing things super fast. The benefit [is] we get recordings we might be more proud of, but the drawback is we tend to take a little longer to come up with something we are happy with. It’s a no-pressure environment so we have to create [a] deadline for ourselves. We like to have creative control over everything we are doing. We are lucky in that we are a little media market team as well. I do the posters and photos, and friends helps us out with videos. Jeff keeps an eye on the finances so we don’t get dumb with money. Steve loves social media and so together we [record] the music and promote it.

Any plans to come to Chicago?

SS: We actually went out to Chicago last year. We had our Daytrotter session and played a show the day after St. Patrick’s Day at Livewire. We would like to have a better experience in Chicago—not that it was bad. We enjoyed seeing the Cloud Gate—the big shining mirror ball.