Historic cafe up for sale 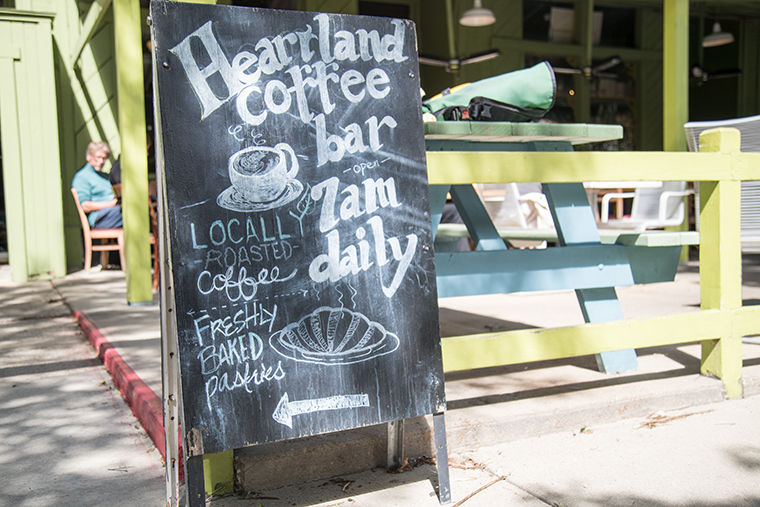 The Heartland Cafe, located in Rogers Park, welcomes everyone to their 9.600 square-foot building for brekafast, lunch and dinner.

The Heartland Cafe, a North Side hotspot for social and political activism since 1976, was  put up for sale on Craigslist by owner Tom Rosenfeld Aug. 27.

Rosenfeld said in a Sept. 6 Chicago Tribune article that he cannot maintain the building financially, but is devoted to keeping the restaurant open.

Timothy Longwith, general manager of the cafe, located at 7000 N. Glenwood Ave.,said they are working to secure a future for the cafe. But the Rogers Park establishment is difficult to manage because of the physical upkeep of the building, Longwith said.

“I personally would love to see a new facility. The building has seen a lot of years,” Longwith said. “It needs a  facelift.”

Whoever buys the property will have the option to take it over or  demolish it for construction of a possible housing development, he added.

“I know [the cafe’s] mission [and] its values could be applied anywhere, but there is something so special about that quirky space,” said Hannah Simpson, a Rogers Park resident.  “I think it would be different if it were somewhere else.”

The restaurant is a venue  for live music, spoken word poetry and a weekly radio show. The restaurant also hosts political canvassing and voter registration, encouraging the community’s  civic engagement, according to the cafe’s website.

“It’s a venue for local artists, whether performance artists or visual artists, to display their work,” Simpson said. “[The cafe] further contributes to the artistry of Roger’s park, which is nice.”

Longwith said he has worked at restaurants that have closed down before, but he has never seen a public reaction  like this.

“I always think about how Barack Obama started his campaign for Senate there,” Simpson said. “If it were gone, a piece of Chicago history would be gone.”

Senior physics major at Loyola University Elizabeth Chaparro said a new space for the restaurant  might influence the personal experience people share at the cafe.

“There aren’t that many vegan and vegetarian restaurants immediately in this area,” Chaparro said. “They cater to everyone.”

Regardless of religion, ethnicity, sexual orientation or gender identity, the cafe offers residents a place where they can feel safe  and welcomed, Simpson said.

Longwith said working at the cafe made him want to be more involved in the community and pay  attention to local politics. Community involvement is something Longwith wants to see continue.

“No one here wants to see the end of something that, I personally think, is an amazing place,” Longwith said.