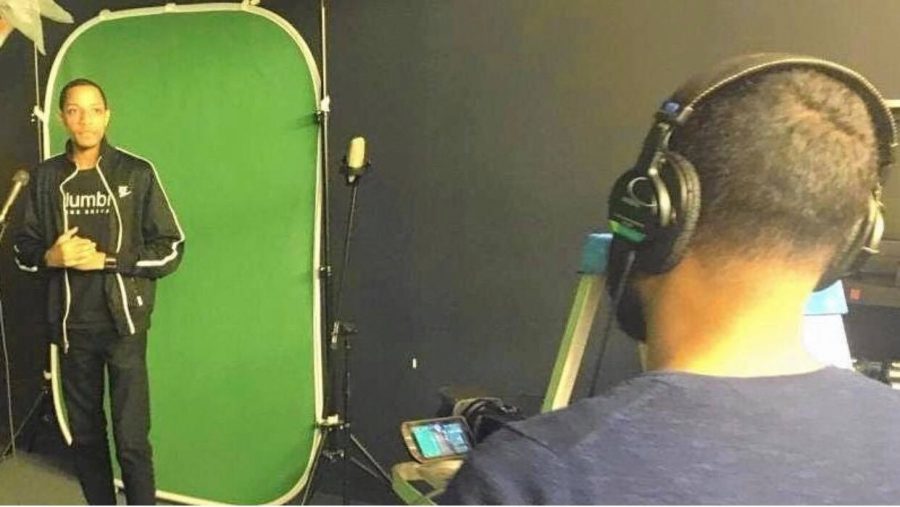 Alexander Perez, director of operations at ACTV, works with Columbia students, enjoying the opportunity to show students work outside of the college.

Aurora Community Television, a public and municipal access station in Aurora, Illinois, has announced a partnership with Columbia that allows student work to be featured on local TV.

Eric Scholl, interim chair and associate professor for the Cinema and Television Arts Department, said the partnership came when Alexander Perez, director of operations at ACTV, brought the idea to Columbia.

“He was looking for a way to both develop interesting content for his audience and also give exposure to people who are in the program here at Columbia College,” Scholl said. “It’s a way of both getting material for his audience, and giving back to the school that he really appreciated.”

Perez, who is a Columbia alumnus from 2016, majoring in cinema art and television, said college-produced work too often does not get the audience it deserves.

“I wanted to give students an opportunity to show and display their content outside of the college in a more professional setting,” Perez said.

Although it’s not as popular as it once was, Public Access still exists and there is plenty of airtime to be filled, Perez said. Having student work broadcast on ACTV exposes it to a broader audience while also providing greater content to Aurora, he added.

Chris West, operations manager at Frequency TV, said he acts as the liaison between Columbia and ACTV. Although nothing is set in stone, there have been discussions about a possible partnership between ACTV and Frequency TV, West added.

Scholl said because the partnership is an educational program, it is not producing weekly content but is producing material to send on a semester-basis.

“We’re trying to go through it and provide material we think would be entertaining for a general audience in a situation like this,” Scholl said. “So we’re sending him the stuff that is entertaining on broad levels.”

The partnership was created at the end of the last spring semester, so as of the fall, the program is really now picking up where it left off, Scholl said.

“We’re always looking for opportunities to expand the audience for our students’ work and if it can be as part of a relationship with a former student, that’s doubly attractive,” Scholl said. “[The partnership] really shows how people stay connected to the school, and stay connected to the people who came after them, and try to give them a hand-up into the industry, in ways that I think are really commendable.”