EDITORIAL: We cannot trust a system that does not represent us 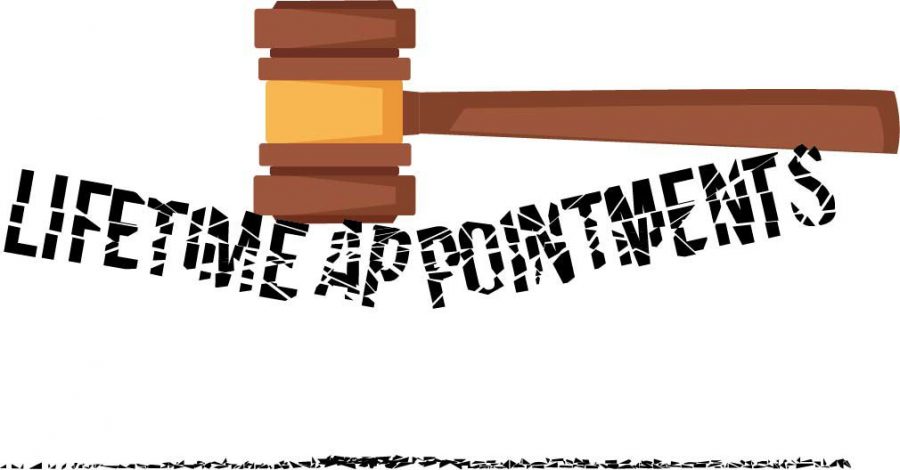 EDITORIAL: We cannot trust a system that does not represent us

Article III of the Constitution states that Supreme Court Justices “shall hold their offices during good behavior,” a clause which has long been interpreted to mean justices will serve for life. The purpose of life appointments is, in theory, to stop justices from being swayed by political lobbying and the threat of being fired.

But Judge Brett Kavanaugh has left an unforgettable stain on the history of the judicial branch. The discussion seems to be less about the validity of sexual assault allegations and more about whether such criminal acts should disqualify him from service. According to a Sept. 26 NPR/PBS poll, 54 percent of Republicans believe Kavanaugh should be confirmed even if proven to have committed a crime. We could debate for hours whether Kavanaugh has already violated the “good behavior” stipulation of Article III before his confirmation, but it’s equally important to remember Kavanaugh is only 53 years old. Trump’s other appointee, Neil Gorsuch, is even younger at 51.

According to a July 4 Economist article, the average Supreme Court justice serves for 27.5 years, longer than most Columbia students have been alive. The generation of Black Lives Matter, Me Too and March for Our Lives cannot be represented by nominees who have shaky track records on human rights.

Make no mistake: The choice to nominate and consider extremely conservative men more than three decades younger than, for example, Justice Ruth Bader Ginsburg, is a deliberate attempt by the Republican party to gain control of the government and push their ideals for years to come.

The Supreme Court is meant to be apolitical, but it is being used as a tool by right-wing politicians to further the agendas of for-profit lobbyists who stuff their pockets. Trump’s appointees will likely outlive the other justices and ensure a Conservative majority on the court long after the Trump administration has become a bitter aftertaste for the American people.

Though there are no landmark cases set to be heard in the 2018-19 term—yet—Trump’s nominees will be on the court for life, and it is certain they will help decide cases that impact millions. The system by which these justices should be confirmed ought to be infallible, but it is broken.

In a representative democracy, the people should have a say in who serves in the judicial branch. Only 18 states are represented in the Senate Judiciary Committee, and some states, such as Texas and Utah, are overrepresented with multiple senators serving, so it is impossible for these 21 people to make a decision on behalf of all Americans. Allowing not even two dozen men and women to make a decision on behalf of 326 million Americans, all of whom will be affected, is unjust. Even beyond the judiciary committee, allowing 50 representatives to make a decision for generations is unjust.

Though a popular vote to elect justices would introduce a host of problems, the people should have some say in the matter. Perhaps there could be a popular vote for nominees the Senate could confirm. Even limiting the terms of Supreme Court Justices to 15 years so they will not serve for the entire length of a voter’s life would increase the court’s ability to progress with the times. The system must be changed before it can be trusted. Without a change, the people are not represented and, therefore, the laws made, adjusted and overturned by the court cannot be fair.