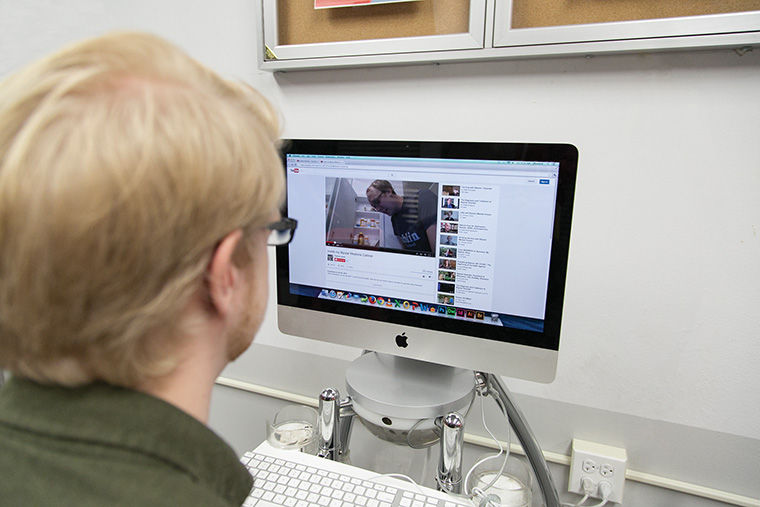 Many people with severe mental illnesses, specifically schizophrenia, schizoaffective disorder and bipolar disorder, are turning to YouTube to share their experiences with the illness or seek peer support, according to a recent study published Oct. 15 in PLOS ONE.

The study, led by John Naslund, a Ph.D. student in the Health Policy Department at Dartmouth Institute for Health Policy and Clinical Practice, analyzed 3,044 comments posted to 19 YouTube videos uploaded by people with the three disorders to identify themes of peer support shared within the online community. He found that some people living with mental illnesses are finding ways to build their own support systems online.

“We observed peer support in four main areas based on the videos and their comments: minimizing a sense of isolation and providing hope, finding support through connecting with peers, coping with day-to-day challenges and learning from shared experiences in terms of medication use and seeking a diagnosis,” Naslund said.

Naslund said he thinks there is still a strong negative stigma attached to severe mental illness and he did not expect to see people so comfortable sharing their experiences on YouTube.

Stuart Grande, a postdoctoral fellow at the Dartmouth Institute for Health Policy and Clinical Practice who helped conduct the research, said he was surprised that so many people turned to YouTube to learn about their conditions because the site is generally viewed as a place for humorous entertainment.

Thomas Horter, a freelance musician from Dallas, said he has been diagnosed with bipolar disorder and uploads videos to his self-titled YouTube channel discussing topics ranging from his experience having the disorder during college to the specific medications he takes.

Horter said when he was first diagnosed, he did not understand what he was going through and used YouTube to hear other people’s stories about psychosis to make sense of his own experiences. He said he posts videos to provide the same support to others who might be confused about their diagnoses.

“Now that I’m better I’m able to share that story from a stable mind,” Horter said. “It has helped some people who are going through the same thing.”

Horter said he receives messages from viewers thanking him for his videos and sharing their own experiences living with bipolar disorder.

According to Naslund, using social media to seek peer support is not exclusive to YouTube, and similar communities can be found on other social media sites.

Horter said he is also involved in support groups on Facebook that help him connect with others who understand his illness.

Grande said although there are risks associated with sharing such personal and private details on public platforms like YouTube, it was unexpected to see how few negative responses the videos received.

“My experience is that when people go onto YouTube, they swear or name-drop, and it’s just a place for people to lose their minds, but we found the opposite,” Grande said.

According to Naslund, 5 percent of the 3,044 comments analyzed were inappropriate, and other users would immediately come to the defense of the video when they were posted, highlighting the sense of community and support among people who use YouTube as means of gaining a better understanding of their mental illnesses.

“People with severe mental illnesses are not being supported in the ways they want to be supported, so they’re finding ways to build those support systems for themselves [online],” Grande said.