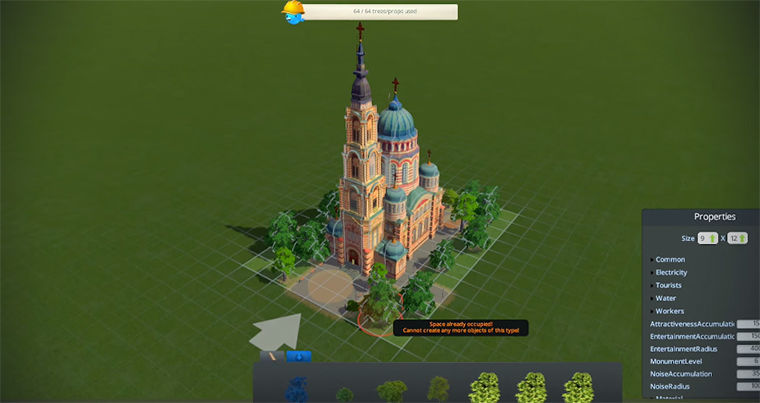 Video games do not exist in a vacuum. The ones that iterate on old formulas and genres will always be compared to their predecessors. Fortunately for “Cities: Skylines,” its closest counterpart is EA’s reboot of its “SimCity” franchise, which was never the game fans hoped for, in addition to having a messy launch. “Cities: Skylines” is that game and more due to having nearly every feature “SimCity” fans asked for and day-one support for player-made mods.

The original “SimCity” was designed by Will Wright, who not only designed its monumental sequel “SimCity 2000” but would later create “The Sims” and “The Sims 2,” some of the best-selling PC titles of all time. “SimCity 2000” in particular added features that became staples of the city-building genre, including an underground layer for plumbing and underground rapid transit, a complex taxation system and a variety of roads including highways. This allowed players to make any landscape they could imagine, from a sleepy town to a bustling metropolis.

The 2013 reboot of “SimCity” was criticized for overly streamlining the gameplay of the series. The game now has a deliberate progression—an extremely limited space to build cities, and little control over what kind of cities players could build. Cities would start small and eventually turn into awkward, cluttered masses of skyscrapers. While Maxis tried to innovate the genre by making it online and having players’ cities affected by neighboring ones, the connection issues prevalent at the launch and throughout the following months were enough to sour most players for good.

Enter development studio Colossal Order and their fantastic “Cities: Skylines.” The game does almost everything right to not only appease fans, but also to innovate on the genre. Cities feel alive and are constantly in motion regardless of their size due to the developer’s brilliant artificial intelligence work. Each person in the city is procedurally generated by the game and has an actual schedule, commuting between work and home in the same car every day, which you can see parked on the street. If that were not enough, players can click on anything from schools to seagulls.

As is the standard for the genre, players can place residential, commercial and industrial zones that will generate appropriate buildings and become populated by citizens. What “Cities: Skylines” does is tie those zones to roads, making it immediately obvious where they can be placed and making it immediately recognizable how to most efficiently build roads to capitalize on space. The game also offers a variety of tools for constructing cities, allowing zones to be placed very quickly, roads to be upgraded without destroying them and the ability to change the height of roads to create bridges and overpasses with ease. As for the size of cities, neighboring plots of land can be purchased, and each one effectively doubles the base size of the city.

The interface is incredibly smooth and intuitive, not to mention minimalistic and beautiful to look at. The game follows a simple “left click to place, right click to cancel” control method, making the game very easy to pick up and start playing. Certain services, such as police stations and fire departments, unlock as your first city grows, making a very deliberate progression that doesn’t stifle your city. Icons are very simple and clear to understand, even at a glance.

“Cities: Skylines” is not the city game players deserve—it is far better than that. With all the features fans have been clamoring for, the developer’s promise to release free content in addition to paid expansions and day-one mod support, players can be sure that this game will last. New players may be intimidated by the number of systems at play when building a city, but a couple trial and error games will teach most players what they need to do. If this were not enough, the game retails for $30, half of what “SimCity” cost at its launch.