We Love making it up as we go 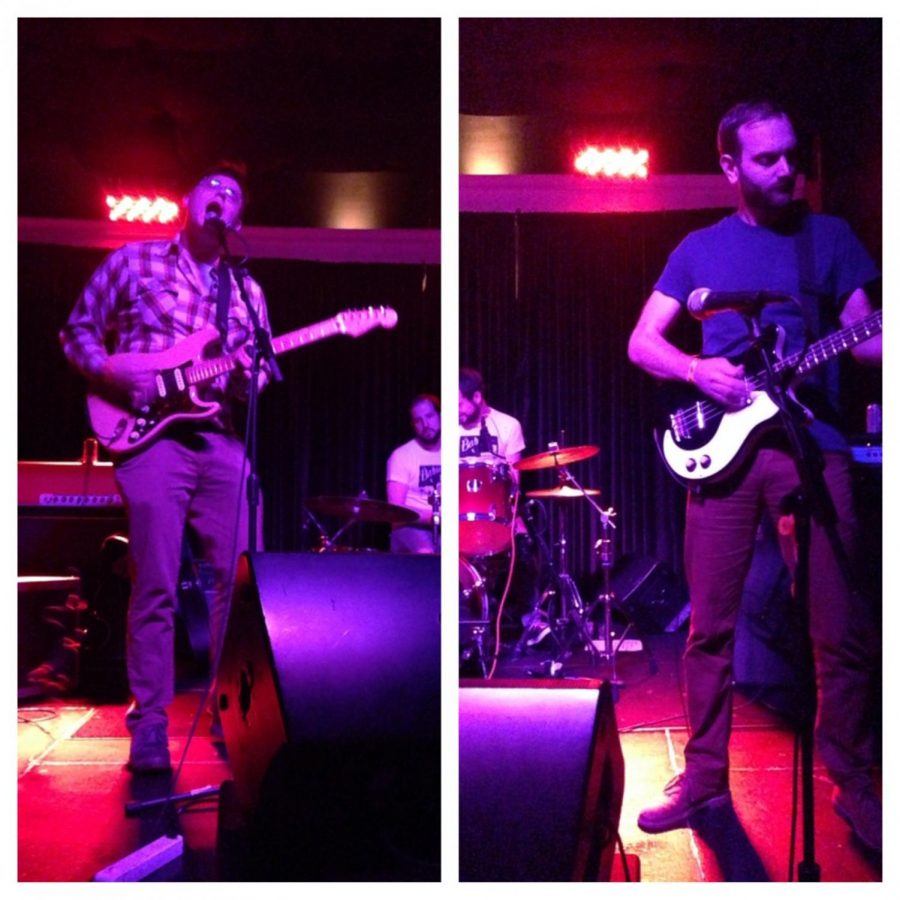 Courtesy of WE LOVE YOU

Do you ever just want to spend an afternoon in your best friend’s garage, basking in the glory of old 8-bit Nintendo games and listening to loud music on a sweet new stereo? If so, We Love You would be the perfect band to blast on that hypothetical boombox.

The three-piece nerd rock outfit came together after a series of surprise circumstances, sort of like their sporadic, unpredictable music. All Ohioans, vocalist Derek Bish, guitarist Nick Lucius and drummer Matt Clamme met and formed We Love You in Chicago. Together, they developed a “loud, melodic dork rock” sound, according to Bish complete with improvised lyrics inspired by Bish’s prior improv training. Think of the music of early Weezer meeting Archers of Loaf and Cloud Nothings in a more modern way.

Do not expect to follow them on any social media platforms; they are not that kind of band. All the members are working professionals in their early ‘30s to mid ‘40s, but their music has a carefree, youthful energy. Their latest EP, Demos 2012, is infectious, spacey and reverb-heavy. Bish’s distinct vocals provide a juxtaposing relaxation, at times half-enunciating the lyrics in an endearing, washed-out drawl or straining with strong intent to reach a note.

After We Love You’s Feb. 8 show at Cole’s, 2338 N. Milwaukee Ave., in Logan Square, The Chronicle chatted with Bish about the band’s influences, Ohio roots and love of improv.

THE CHRONICLE: Is the whole band from Ohio?

DEREK BISH: [Yes, but] we all moved [to Chicago] at different times. We had a bunch of mutual friends and our bass player, Nick, was playing guitar in a really good band in Ohio and we were fans of theirs…. Matt didn’t know how to play drums originally, so I kind of had to talk him into learning, and then he got really good, so we decided to start a band…. I was personally drawn [to Chicago] because I used to do improv comedy…. I thought I’d come out here and try that. Then I didn’t really do it, I just started playing music.

CC: Do you think doing improv has influenced your stage presence?

DB: Oh yeah, for sure. I don’t write down lyrics, either … I’ll find words that I like, or a sentence or a phrase that I like for a melody, and then I’ll keep that, but then the rest of it is all kind of made up. I’ve been doing it for a while. That’s how I’ve played music for the last 10 years. I have faith that what I’m going to say is not going to be that bad.

CC: How do you interact on stage?

DB: [Because] we’re only a three-piece [band], it helps to pay attention to what each other are doing…. Normally, I’ll look at Matt or Nick at parts we are supposed to change that we don’t have down yet…. We just play for fun. We’re going to try and do another recording this year, but we’ve gotten to the point where, in the last one to 2  1/2 years, we really developed a sound we like, and we’re kind of enjoying our songs quite a bit. We wouldn’t mind putting them out there. I think we’re going to try and record something this year. We’re looking to play more shows this year than we’ve played in the past, because, you know, we’re all older dudes.

CC: What are you currently listening to?

DB: The early-to-mid ‘90s stuff. We’re all really big into new music, too…. It’s kind of hard to say what exactly. Sometimes you just listen to stuff forever and then it gets in your head and influences the way you play. I’ve been listening to the first two Voxtrot EPs lately. They’re pop perfection. They’ve been seeping back in. I’ve been listening to Debt; they’re really good.

CC: Do you expect to make money off of your music?

DB: We’re not looking to make money off this at all; I can’t imagine people paying. We’re not trying to promote ourselves. We just enjoy making music… We’re all really good at hanging out.