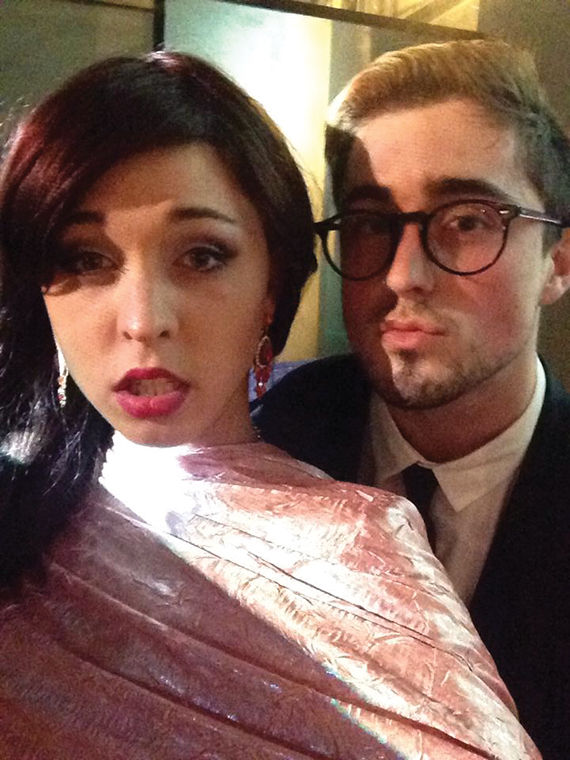 In front of a full crowd, Sasha Markgraf, junior fashion studies major, and Chase Ingrande, junior theatre major, were crowned the first same-sex king and queen at the annual Blood Ball in Spring 2014.

A year after two male students made history as the first same-sex couple to be voted Blood Ball King and Queen, election season for the 2015 Blood Ball is beginning to gain momentum.

With the event fast approaching, students can submit a bid for the crown until Feb. 13. Students must have a cumulative GPA of at least 2.0 and must submit a one-minute video for their peers to view stating why they should be nominated. Videos will be uploaded to the Student Loop website for voting, which takes place Feb. 16–27, said Sarah Shaaban, assistant director of Student Activities and Leadership.

Blood Ball, the college’s annual dance, honors Mary Blood, who, along with Ida Morey Riley, co-founded Columbia as the Columbia School of Oratory in 1890. Blood served as its president until she died in 1927.

Students should aim their vote toward someone they would like to see represent the college and the student body, Shaaban said.

Traditionally, the Blood Ball is an opportunity for students to dress up or wear a costume, such as Mary Blood or Ida Morey Riley 1800s-inspired costumes, tuxes and prom dresses or even cross-dressing outfits. Therefore, students can run for either position regardless of their gender, Shaaban said.

“Anybody can be a king or a queen, so that’s based on what [the student] would like to be,” Shaaban said.

Ingrande and Markgraf said they are excited to attend after the successful bids for the crown last year.

“I just think [the dances] are really fun because I don’t think there’s many opportunities for people to dress up and be someone else for a night,” Ingrande said. “[Blood Ball] is one of those rare times the school can unite and just have a good time.”

Ingrande ran for king in 2013 and won the title in 2014. He said he submitted a video of himself comically imitating celebrities last year purely for the spirit of competition.

Markgraf also ran in 2013 and  alongside Ingrande in 2014, but as Blood Ball Queen both years. He won the title in 2014 and dressed in drag after submitting a video to inspire others to be themselves proudly.

Attending the school’s annual dance was a mind-opening experience for Markgraf, who said winning the title of queen showed him how accepting the Columbia community is.

“For me, being a gay man who does drag, I was very blessed and very honored to be able to win,” Markgraf said. “Winning was more than just a crown. It was more like an achievement; an accomplishment that the school is moving forward and they have not just women running, but men.”

The dance—which celebrates its ninth year in March—acts as a great way for the college community to mix together and allow students across campus to get to  know students from other majors, Markgraf said.

“It’s a way to support the school and have a wonderful night,” Markgraf said. “It’s like prom—you get to dress up and go out and dance. There’s food and a DJ, and a lot of us go out afterwards. I think it’s important for people to go and meet other people. It’s a nice gathering, and if [the college] held more dances, it’d be a great experience for everybody.”