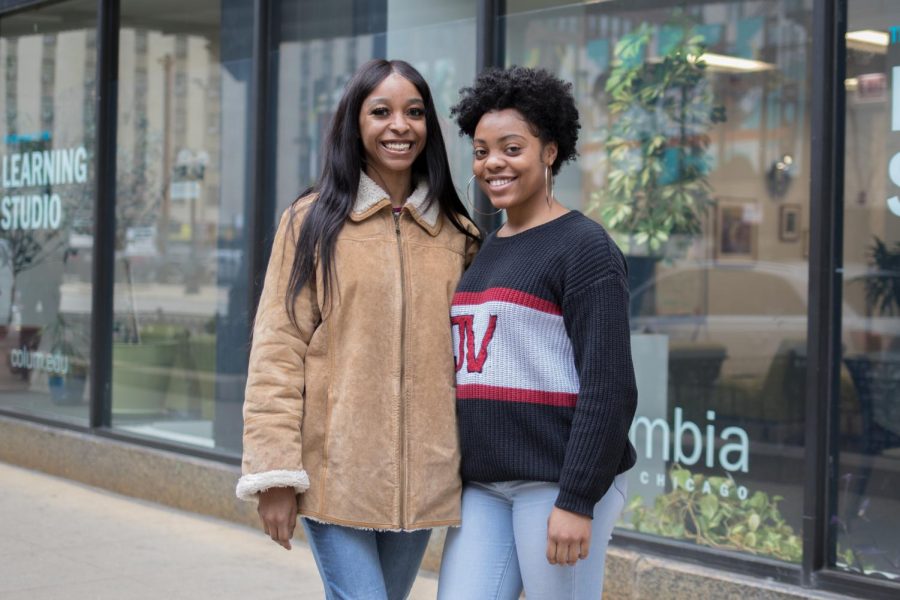 BSU Event chairs Jordan Mundy and Essence Mack are planning the Donning of the Kente commencement ceremony to celebrate black graduates of the college.

During Columbia’s inaugural Donning of the Kente Ceremony, black graduates will drape Kente stoles around their necks to signify the achievement of completing their degrees.

The Donning of the Kente is an additional ceremony separate from the collegewide commencement ceremonies, meant to acknowledge the distinct acheivements of black graduates. The ceremony is open to the public and will take place May 3 from 4–6 p.m. at Film Row Cinema, 1104 S. Wabash Ave.

HBCU’s with similar ceremonies, in which students are given Kente stoles, include Florida Agricultural and Mechanical University and Virginia Commonwealth University.

Planning processes for the Donning of the Kente began in December 2018, when underclassmen members of BSU heeded a call from their senior peers to create a unique graduation ceremony, according to Stanley.

“The graduation rate for black people is not that high,” Mack said. “We wanted to let them know, ‘We see you. You are doing great. We believe in you, and we are happy you made it this far.’”

Initially, BSU members wanted the office of Student Diversity and Inclusion to organize an event akin to the Donning of the Kente, Stanley said.

Due to miscommunication between BSU and SDI, the original plans for a black commencement ceremony fell through.

Since then, SDI has taken a backseat in the organization process but is partnering with BSU in funding the ceremony, according to Jordan Mundy, a sophomore marketing major and BSU’s event co-chair.

Mundy said she is glad BSU is organizing the ceremony, despite its challenges, because it ensures the event is conducted properly.

According to the Spring 2019 student profile in a Institutional Effectiveness report, there are 214 Black/African American seniors at the college.

Thirty-two graduate hopefuls have reserved spots thus far. BSU is still accepting reservations, and plans for faculty and staff to offer words of encouragement at the ceremony are in the works, according to Stanley.

“Black people should be celebrated for the things they do, especially the black seniors here [who] are under-appreciated at this school,” Mundy said. “Which is why Essence, Connie and I decided to take it on, change the name and have it blossom.”

Mack anticipates the Donning of the Kente Ceremony will spark other underrepresented student groups to find new ways to celebrate their achievements.

“The event gives me hope and makes me excited to move forward in my education here, knowing at some point I can be rewarded,” Mack said. “And not in a large group, but in a small group of people who are like me.”