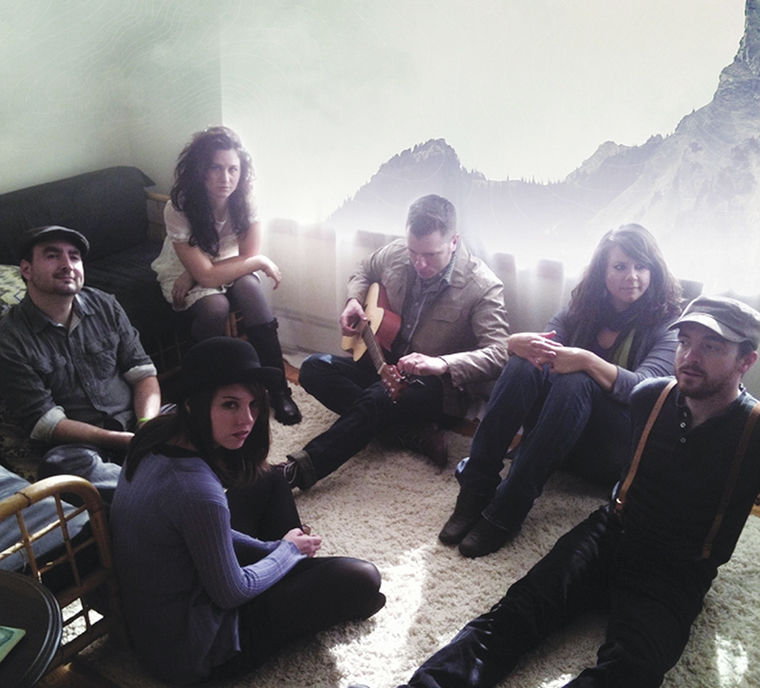 Boston-based indie-pop band Air Traffic Controller debuted in 2009 and released their latest record NORDO in June 2012, funded it through a Kickstarter campaign.

Within weeks, their single, “You Know Me,” has racked up hundreds of thousands of plays on Spotify, the music-streaming service, as vocalist Dave Munro and bassist Casey Sullivan’s duet “You Know Me” and the band’s July 29 single “The House” contribute to its profile.

The band’s name is inspired by Munro’s former career as an air traffic controller in the U.S. Navy. He created the group after writing songs during his deployment.

As the projects popularity grew in his hometown it grew to include Sullivan, lead guitarist Steve Scott and drummer Rich Munro, Dave’s older brother.

The Chronicle had the chance to speak with Munro and Sullivan about their band’s dynamic interactions, their fan base and how they became Air Traffic Controller.

THE CHRONICLE: How did you first get involved in playing music and Air Traffic Controller?

DAVE MUNRO: Before enlisting in the Navy, I was a musician, but I was just a hobbyist. I was inspired by my surroundings, being out there [deployed] all alone in the military. I had a lot more to say and a lot more to write about. The loneliness inspired me to start writing this stuff down.

CASEY SULLIVAN: I met Dave when I was younger, playing around at local open mics. [Air Traffic Controller] worked hard to get me involved. They asked me to join the band and now I am here.

DM: It is a dream come true. I just got out of the Navy and I was trying to make something happen musically. I had this duet, and out of anyone I could have thought to have sung the song with, it would have been [Sullivan]. Working with her has been a huge pleasure. We have gotten a lot closer, and we have become like family.

CS: Yeah, like brother and sister. We have a way of bouncing ideas off of each other. We both have this way of focusing on things. We get stuff done quicker [because] we are usually on the same page.

The MTV Video Music Awards praised your work. How does that make you feel?

DM: It makes it all the more worthwhile. It certainly isn’t why we do this—we don’t do it for the accolades. But to find out so many people are appreciating [our songs] and listening to them and connecting to them, that is the important thing.

Your duet “You Know Me” has approximately 2.4 million plays on Spotify and has received positive reviews. What do you hope people came away with from your duet?

CS: The most exciting thing is hearing people saying, “That’s my song,” because they are taking some ownership of our music and that’s what its about–connecting to the music.

DM: I just want them to feel something. The fact that people can go as far as to say, “it’s about me.” To hear “You Know Me” is someone’s wedding song—that’s huge. It’s a rockin’ wedding song, but we’ll take it. For people to remember the music is a big deal.

CS: Your 2012 album NORDO was funded primarily through a Kickstarter campaign that raised $12,131 from 150 backers. How did that make your band feel?

DM: I realized that people do believe in what we are doing. It inspired us to really go all the way with it and break boundaries so that we could deliver the best record we could, because these [backers] knew we could. It made me think this could actually be a career and that it could be long-lasting.

CS: It was a testament to the community that supports Air Traffic Controller. It felt more like a community than [financial backers].

How would you describe your songwriting process?

DM: I’m not the kind of songwriter that can just sit down and write something. It usually happens while I am on the go. I just need to write it down quick or sing it into my phone. I don’t know if that means I have ADD or something, but a lyric or melody will just pop into my head and I have to pursue it right then and there. Most of the songs can be done in minutes, but some verses I work on for a week.