Mind has messy relationship with space 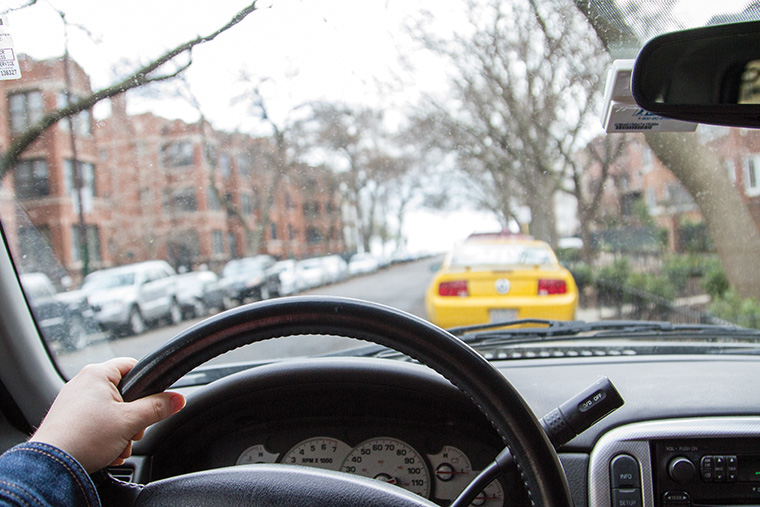 It is something nearly everyone has experienced: Time flies on the way home—much faster than it did on the way there. Though most chalk this feeling up to changes in scenery or a trick of the mind, new research suggests the phenomenon has to do with human perception of distance, which may be more complex than previously thought.

The study, which was organized by Sam Maglio, an assistant professor of marketing at the University of Toronto Scarborough and the Rotman School of Management, and published online April 10 by the journal Psychological Science, found that the human mind’s perception of physical distances gets tangled up with psychological bias.

During the study, participants on a subway platform were asked to estimate how far a designated train stop was based on their direction of travel, Maglio said. Regardless of actual distance, responses showed the travelers felt closer to destinations they were headed toward rather than those they were headed away from. Participants also felt more socially connected to someone, even strangers, based solely on the person moving toward them rather than away, Maglio said.

“We experience times when distance is confused based on what is happening in the brain,” said Evan Polman, an assistant professor of marketing at the University of Wisconsin-Madison and co-author of the study.

Maglio said the qualities people associate with certain places help inform their perception of distance. For example, if a barista at a coffee shop had previously made a customer’s drink incorrectly, not only does that event tend to feel like it happened more recently based on the physical distance to the coffee shop, but the shop also feels closer because of the event associated with it, Maglio said.

Polman said this phenomenon can make an hour-long trip across town seem to go by faster because the surroundings and route are familiar.

A large part of the study’s results likely stem from associated learning, a process human brains are constantly undergoing, said Satoru Suzuki, a professor of psychology at Northwestern University. For instance, when humans see a cat and hear it meow, the visual and auditory neurons in the brain process the image and sound of the cat simultaneously, Suzuki said. When these sensory neurons are repeatedly stimulated at the same time, the brain associates the images with their accompanying sound and vice versa.

According to Suzuki, the brain could function in the same way when people move from one place to another, associating how near or far they are from a place with the feelings they have about it.

According to Polman, principles similar to those relayed in the study were used to reconstruct parts of the George Bush Intercontinental Airport in Houston after travelers complained about long wait times at baggage claim. Without shortening wait times, the airport simply made the walk from the plane to baggage claim longer, essentially shifting the customers’ focus from the wait to the walk, Polman said.

“It’s a solution that’s not terribly obvious,” Polman said. “Time spent en route is occupied time. People were less likely to notice a longer walk to the carousel than a longer wait once they arrived.”

Although the study does not speculate about the evolutionary cause for this particular psychological tendency, it is possible that it could have served early humans well to associate certain feelings or impressions with different routes as a primitive form of communication, Polman said.

“If it worked the opposite way, if moving closer to something felt like getting farther away [then] it does seem that as a species, we would be doomed,” Polman said.