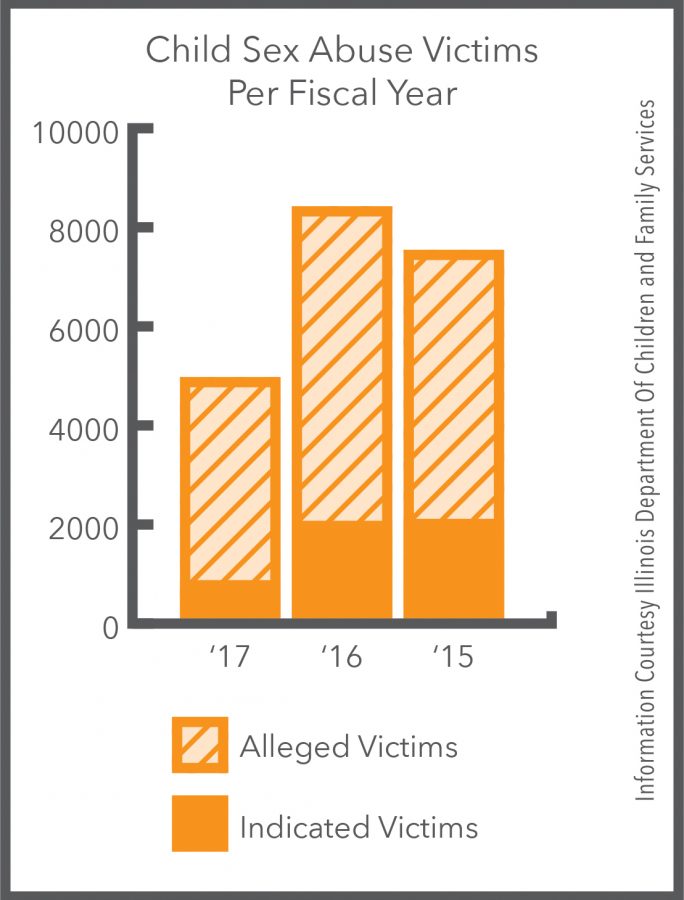 Those who suffered sexual abuse and assault as children decades ago may soon be able to obtain justice by having their victimizers prosecuted.

State Sen. Scott Bennett, D-Champaign, introduced Senate Bill 189 in January, which would eliminate the statute of limitations for all felony child abuse and sexual assault crimes. It already passed the Senate Criminal Law Committee, of which Bennett is a member, with a 10-0 vote March 7 and is now awaiting a full Senate vote, according to Illinois legislative records.

“What this does is say, ‘This shouldn’t be so complicated,’” Bennett said. “If a child has been sexually assaulted, the timeline should be up to that survivor to come forward, not some arbitrary time deadline.”

As a former assistant state’s attorney in Champaign County, Bennett said he primarily worked on cases of child sexual abuse and assault, and his experiences were a motivator in drafting the bill. The statute of limitations on these crimes can cause victims to hesitate coming forward, he added.

Bennett said he collaborated with Illinois Attorney General Lisa Madigan on the bill after former U.S. Speaker of the House John Dennis Hastert openly admitted to sexually assaulting students while a coach at Yorkville High School in Yorkville, Illinois, decades prior. Hastert is currently serving time for financial crimes rather than sexual abuse offenses.

According to a May 28, 2015 U.S. Department of Justice report, Hastert was charged with structuring cash withdrawals to evade currency transaction reporting requirements and making false statements to the FBI.

According to DOJ records, Hastert pled guilty to the charges in October 2015 in an attempt to cover up sexual misconduct with a former student and was sentenced to 15 months in federal prison in April 2016. He began his sentence in June 2016 and is required to enter a sex offender treatment program when released.

“Hastert inflicted unbelievable pain on the lives of the youth he was entrusted to care for, yet he got a slap on the wrist,” said Scott Cross, one of the individuals who came forward about being sexually molested by Hastert, when he testified before the committee March 7. “As he ascended to political power and seemingly became untouchable, the pain and suffering of survivors got buried. He had the power, prestige and law on his side.”

Currently, Illinois law states child sexual offense cases must be reported and prosecuted within 20 years of the survivor turning 18 years old. However, that time frame can be extended when corroborating physical evidence exists or a mandated reporter, such as school administrators and law enforcement officers, failed to report the abuse. There is no statute of limitations in Illinois for murder, involuntary manslaughter, reckless homicide, arson, treason, forgery or the production of child pornography.

Bennett said statute of limitations are important to protect the innocent; however, like all legislation in Springfield, “it’s a balancing contest.”

State Sen. Bill Cunningham, D-Chicago, a chief co-sponsor of the bill, said Cross’ testimony was compelling and a key contributor to his, and likely other Senate sponsors’, support of the bill.

Cunningham said this law will provide prosecutors with a tool to hold perpetrators accountable and is the best process to combat sexual assault and abuse of minors. However, he added that it can be difficult to prove these cases with the passage of time, but if multiple victims come forward with similar testimony against an individual, prosecutors can make a case, and this bill allows that.

“This bill accounts for the reality of child sexual abuse,” said Julia Strehlow, a social worker at the Chicago Children’s Advocacy Center. “Perpetrators rely on threats, secrecy and shame to keep the children that they perpetrate abuse against silent.”

Strehlow, whose nonprofit coordinates child protection staff, law enforcement, medical experts, family advocates and mental health clinicians in reports of child sexual abuse, said abusers are often someone the victim knows and trusts, such as a family member or teacher, which makes it difficult for victims to come forward.

“It can be confusing for children when someone close to them crosses those boundaries,” Strehlow said. “People who are perpetrators of child sexual abuse often use that against children.”

According to Strehlow, the discovery and signs of child sexual abuse cases vary greatly, and it is important to know every case is different.

Strehlow said Illinois has many options to provide assistance to minors who are victims of sexual abuse. In February 2011, Illinois was also the first of 26 states that have passed Erin’s Law, which requires all public schools to implement a child sexual abuse prevention program. Unfortunately, it has become difficult to pay for programs because of the nearly two-year state budget impasse, she added.

“While the centers are doing their best, especially in this current budget stalemate, it’s hard to predict funding,” Strehlow said.

Currently, there are 37 Children Advocacy Centers of Illinois locations with one in Chicago and four others throughout Cook County, according to the group’s website.

With National Child Abuse Prevention Month coming in April, Strehlow said her organization is holding free training courses teaching how to respond and talk to children who may be victims, information can be found on its website.

A full-Senate vote on the bill has not been scheduled. However, Bennett said he hopes the bill will be voted on by the end of the month so it can pass through the General Assembly before the end of the spring session. Both Bennett and Cunningham said they are confident it will pass.

Cunningham said he cannot predict what would happen when the bill moves forward but thinks, “it’s safe to say this is likely to be approved by both chambers and signed by [Gov. Bruce Rauner].”

It is important for this bill to succeed because it will increase public safety and make it easier to identify perpetrators without a time restriction, Strehlow said.

“We know perpetrators often have more than one victim,” she said. “By being able to more readily identify and prosecute perpetrators, it would increase public safety.”

Senate Bill 189 unanimously passed through a Senate vote, 54-0, March 29. It would eliminate the statute of limitations for all felony child abuse and sexual assault crimes. It has moved to the Illinois House for consideration and will go to Gov. Bruce Rauner’s desk, where he can sign or veto the bill, if approved, according to state legislation records.

“Passing this measure in the Senate was a positive step for victims’ rights and justice,” said State Sen. Jennifer Bertino-Tarrant, D-Shorewood, in a March 30 press release.

Bertino-Tarrant, who is one of the bill’s chief co-sponsors, previously pushed for Hastert’s public pensions to be taken away, according to the press release.

“If someone has been sexually abused, they deserve the time they need to report the crime and confront their abuser,” Bertino-Tarrant said. “We must do everything we can to protect victims and hold abusers accountable.”

The Illinois House unanimously agreed with the Senate and voted in favor of eliminating the statutes of limitations for felony criminal sexual assault and abuse crimes against minors, 112-0, May 18.

Currently, 36 other states have removed criminal statutes of limitations for some or all sexual offenses against children, according to a May 18 press release from Illinois Attorney General Lisa Madigan.

“Children who suffer sexual assault and abuse can spend their entire lives trying to recover and heal,” Madigan said in the press release. “There should be no limitation on the pursuit of justice for felony sex crimes committed against children. We must ensure survivors are able to come forward in their own time and receive the support they need and deserve.”

The bill must now be sent to Gov. Bruce Rauner for final approval. In a May 22 email, Rauner spokeswoman Eleni Demertzis said the governor intends to sign the bill when it arrives on his desk.