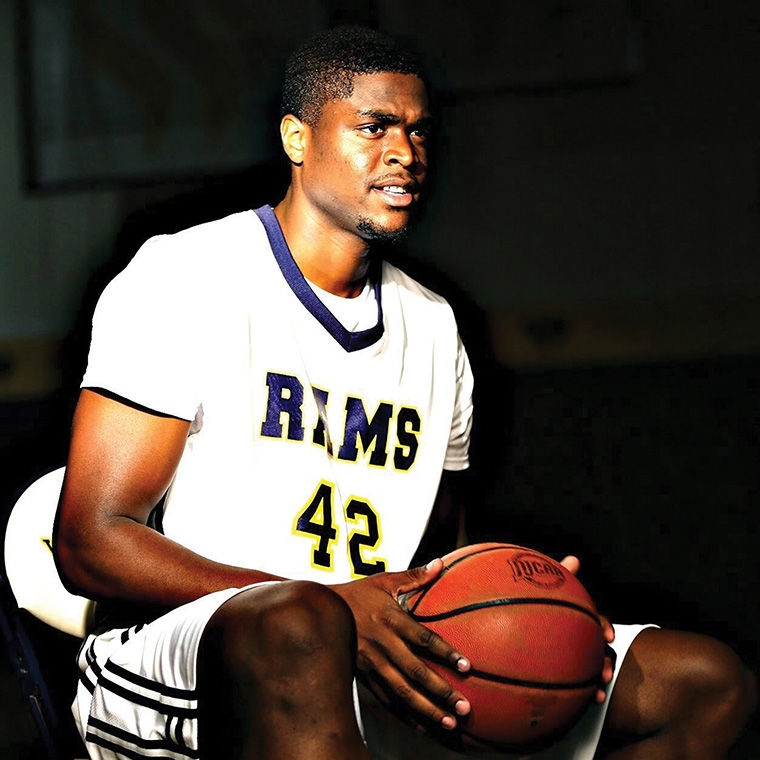 RILWAN BAKARE, A Chicago native and former Texas Wesleyan University Rams power forward, was introduced to basketball by one of his cousins at 10 years old. As Bakare grew up, he learned the fundamentals of basketball. Although he was not initially a fan of the game, he ended up playing basketball at the collegiate level and also went on to play for the TuS basketball team in Breckerfeld, Germany.

The Chronicle spoke with Bakare about his journey toward basketball, his new life in Germany and life after basketball.

THE CHRONICLE: When did you first fall in love with basketball?

RILWAN BAKARE: My dad was a world cup champion Nigerian, so I was focused on soccer from 5 to 10 [years old], and I end up quitting because I was getting taller and my cousin said “I think you could play basketball.” I was like “No, I don’t think it’s for me.” So every day he used to pick me up and [we would go practice]. I did not like it for a while until I got better at it, but I fell in love at 10 years old.

When did you know this could be a sport you could pursue as a career?

It was hard for me growing up. People [were] telling me that I was weak, [I was] not going to make it playing basketball. So it was hard for me to get that through my head [that] I am good. People can’t tell me I’m not good because I work hard every morning. I instilled in my mind [that] I could do it. I tell myself every day, I pray and I tell God to give me the confidence of this game that I love playing so I can continue to play and don’t let people keep [down–grading] me. I realized that growing up throughout the years. I am 23 [years old] now, but I grew up like that. That is how I end up saying, “Okay, I could play overseas or I could be in the NBA.”

How does it feel now to be playing in Germany?

Man, it is a blessing because I knew what I wanted to do, but I knew I had to get closer to God first in order for me to get to that next level because I am not doing this by myself. It is a higher power, and I believe in God so much that I honestly left my life to him and let him take me where I want to go. So, what I did was laid it all down, I worked hard, I prayed and it’s crazy that I am out here now. It’s still crazy now, and I have been here [since Aug. 29]. Every day I wake up, I’m looking at landscapes and everything and I am like “D–n, I’m really here.”

How different is playing overseas versus playing in the United States?

If you [are] in the United States [and] you play NCAA I, you are in the United States and you [have] your family around you and ev- erything. [When] you play overseas, now it is mental. Everything is like 90 percent mental because you are in a different country now. You have to think like “Okay, [there is] no one coaching me. I am overseas.” I mean, [I] can’t really talk to [anyone] because everyone speaks different languages out here. So now it is mental, like you [have] to be prepared to get your mind right overseas because it is far away. So I felt like [this was] a big step.

Has it been difficult to adjust to living in Germany?

I’m not going to lie to you. [I] get homesick because I don’t have friends out here. I talk to my teammates, and I hang with them sometimes, but I mainly stay home or I stay in the gym. We go out once in a while, but people that [are] so eager to go overseas, I don’t think they’re ready to be bored and know that [there is not] really [anything] out here to do. Everything is different here, and I’m still adjusting to it. It’s cool though, but it’s still hard trying to learn their language.

Do you have advice for kids who want to pursue a career in sports?

You can make it as long as you put God first, because honestly, you can’t do it by yourself. All these kids that have dreams of being in the NBA, they [actually] can be. I would tell them to keep working hard.