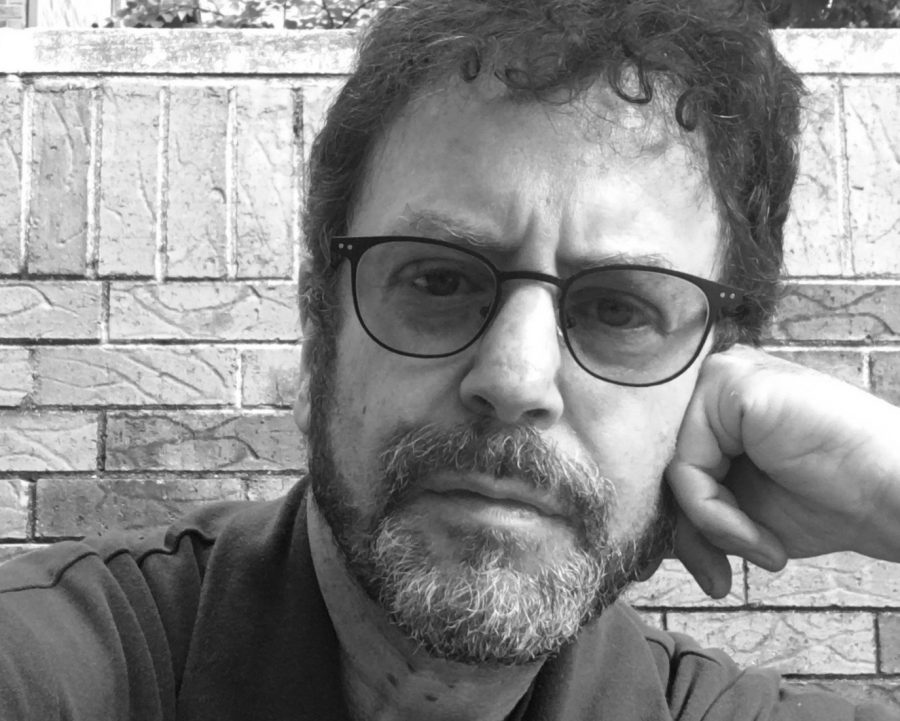 The stars in the spotlight may be where the glamor is at, but David Lazar found the characters on the side far more compelling.

Lazar’s latest book, “Celeste Holm Syndrome: On Character Actors from Hollywood’s Golden Age,” takes readers through the intimate details of his love for his favorite character actors in a series of witty and confident essays.

“When I couldn’t sleep at night [as a kid], I remember at some point having this tiny little nine-inch TV with my face pressed close to the screen, watching these films,” said Lazar, author and professor in the English and Creative Writing Department. “Movies sort of became this other world that I lived in.”

The chip on Lazar’s shoulder about the under appreciation of character actors, in favor of actors who play lead roles, often leads to satirical quips that expose the main characters’ flaws, he said.

Lazar said he spent hours shuffling through his favorite movies while writing the book. However, through the many on-screen faces, one actress stood out the most on the black and white pages of Lazar’s notes: Celeste Holm.

The book’s title refers to one of its essays called “Celeste Holm Syndrome: The Eyes of Sister Scholastica.” This “syndrome,” coined by Lazar, could be contracted by any Golden Age female character actor who aged past her mid-20s and was pushed into roles portraying characters like best friends, aunts and rejected lovers.

Since he was young, this ageism has appalled Lazar—seeing women being used and treated as older than they were to “make way for ingénue.”

Amy Uhl, an associate professor in the Theatre Department, said character actors are comedic relief, the sidekick and the best friend of the leading character. Comic flair and spontaneous physicality, she said, are traits that make a great character actor.

“Donald O’Connor—if you’ve watched the film ‘Singin’ in the Rain’ … literally has a rubber face,” she said. “He uses the art of making hysterical facial expressions.”

Uhl said history often repeats itself, and in this case, it is seen in the roles character actresses play in the film industry. Although Uhl said she commends women who were cast as mothers and aunts for knowing what their casting abilities are, many of the people who did and still do control the casting are white men.

“[Holm] was an Academy Award-winning actress, and that’s just an example of the social justice that we’re talking about today,” Uhl said. “Women often found themselves in roles after a certain age that were a mother’s best friend or the aunt or grandmother.”

Along with Lazar’s grievances with Hollywood’s ageism, his book discusses the melancholic genius of Oscar Levant, a pianist and character actor from movies like “An American in Paris” and “The Band Wagon.” Among a myriad of other topics, Lazar also writes of movie mothers, like Anne Revere, who were like second mothers to him after he lost his biological mother as a young adult.

“[Lazar’s] work comes across as very passionate,” said Paige Bowers, a junior post-production editing major, who worked with Lazar to put together movie clips for a virtual presentation on the book in collaboration with The Book Cellar, 4736 N. Lincoln Ave.

Bowers, who met Lazar in his “Literature of Film: Film Noir” class, impressed him with a video essay for her final project, rather than a written one. This was why he asked her to work on editing movie clips, which played alongside his own dialogue during his presentations.

The personal anecdotes in Lazar’s book capture the passion Bowers said she sees in him. From his repeated awe at the stylish way Holm wears a hat, to the connection between anti-Semitism in the movie “Gentlemen’s Agreement” and his own experience as a Jewish man, Lazar’s life is interwoven with the movies of Hollywood’s golden age.

“I grew up a casual cinephile the way you love things as a matter of course, and only later are spurred to understand them more deeply: things like family, history, and cinema,” he said in the book’s introduction. “Part of my sentimental education was the recognition and appreciation of character actors.”