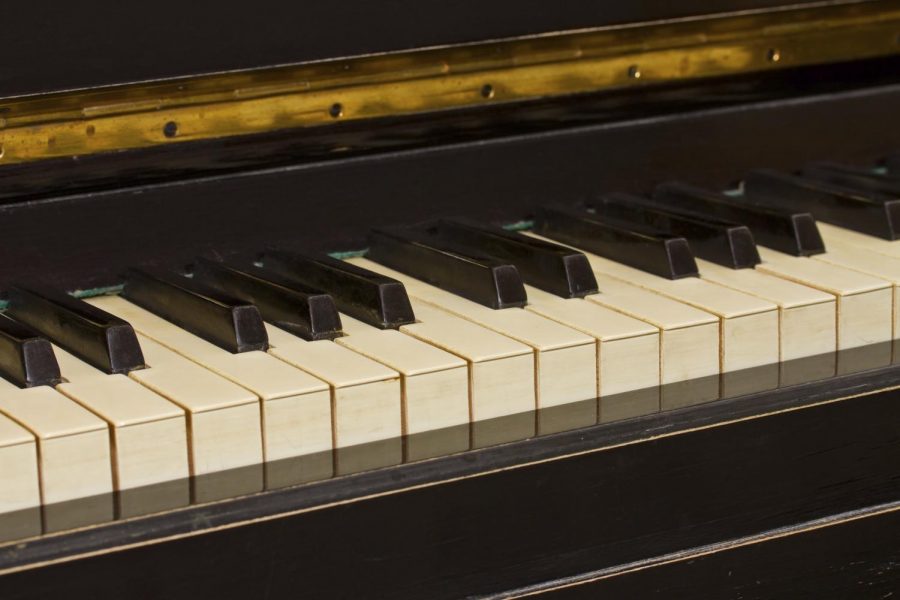 Ivory is found in vintage piano keys and also in the nut, bridge and binding on vintage guitars. Modern manufacturers use bone or plastic,  but many antique guitars and pianos still contain slivers of ivory.

Claire Cassel, public affairs specialist for the U.S. Fish & Wildlife Service, said in an email that the law is necessary to stop poaching because evidence suggests ivory is still being smuggled into the U.S.

“We are working with musicians, musical instrument manufacturers and other industry groups that may be impacted by the ivory trade to look for solutions and seek common ground,” Cassel said. “However, this conservation crisis requires urgent and comprehensive measures to ensure that elephants, rhinoceros and other imperiled species are not pushed further toward the brink of extinction.”

David Dolak, maker of stringed instruments and senior lecturer in the Science and Mathematics Department, said the law would negatively affect his business.

“Let’s say I needed to fix a broken ivory nut,” Dolak said. “I could be breaking the law if somebody gave me a 100-year-old guitar.”

“However many elephants are getting killed in Africa every year, [that ivory] really is not coming in here,” Dolak said. “But we, as a developed country, and Europe, we’re really taking the lead to [stop poaching]. [The new regulations are] picking up many people in the trap who have old items that have these materials that are [from] long before [The Lacey Act].”

Beth Allgood, U.S. campaign manager for The International Fund for Animal Welfare, an organization that works to protect animals worldwide, said she respects the concerns of musicians but also thinks the legal ivory market in the U.S. is a result of poaching. She said the U.S. has the second largest ivory market in the world.

Although all of the ivory in the U.S. market is assumed to be legal, Allgood said there is evidence to suggest otherwise, which means the U.S. could be contributing to the poaching problem.

“We looked at the laws around ivory trade [in the U.S.] and it is almost impossible for a federal agent to determine whether somebody has legal or illegal ivory because there’s never been any real documentation that was required for sale,” Allgood said.

It has been speculated that the proposed law could expand to include Brazilian rosewood, a material found in many antique guitars that is illegal to import to the U.S.

“Somebody could order something from us and we could ship it overseas and customs could grab it, and we could be out [of] the money,” Sefton said. “It’s making things a little tougher for [shipping products] overseas.”

Allgood said she wants musicians and organizations such as IFAW to work as allies to combat misconceptions about ivory and rosewood used in antique guitars.

“It could have been here for 200 years, but if you can’t prove it, and you don’t have to, then neither does the ivory launderer,” Allgood said. “There is evidence that there is a connection between the U.S. ivory market and poaching.”