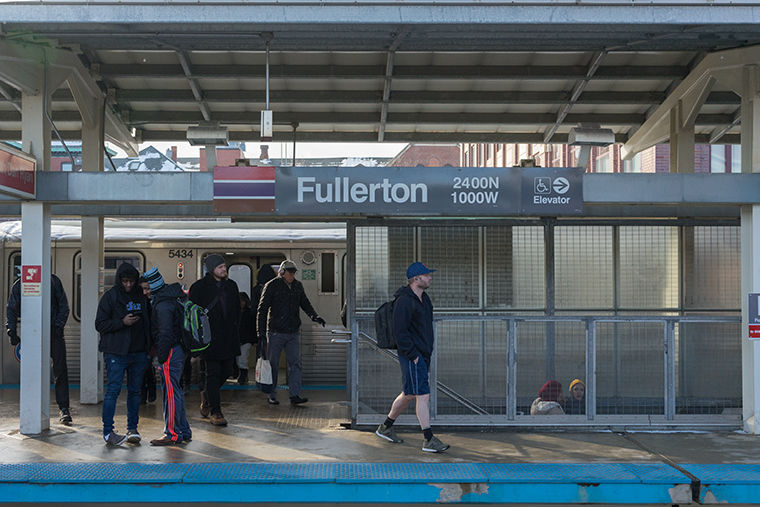 CTA announced that it will add MobileQubes (phone charging stations), along with local produced organic food and photobooths. Among these stations is the Grand stop at 521 N State St.

Lunch on the go, passport or souvenir photos and a mobile charging pack will soon be available while waiting for the train.

The Chicago Transit Authority is introducing a pilot program at various rail stations across the city with these three new amenities.

The program, announced Feb. 13, is planned to launch this spring with vending machines such as MobileQubes, DNP Photo Booth and Farmer’s Fridge.

The vending machines will be placed in stations distinguished as high-traffic areas, according to a CTA press release. They will mostly be at Red Line stations, but can also be found at Indiana (Green), Damen (Pink), O’Hare (Blue), Midway (Orange) and stations where various lines intersect such as Belmont, Fullerton and Washington/Wells.

CTA President Dorval Carter initiated the pilot program to take a fresh look at how he could make public transit more convenient and enjoyable.

“It has been my goal since day one to further enhance the transit rider experience, and these pilots keep CTA on the cutting-edge,” CTA President Dorval Carter said in the CTA press release.

The locations for the amenities were selected in coordination with Jones Lang LaSalle, an investment management company that helps CTA with real estate and property management services. JLL identified the three vendors as the best fit with CTA’s image, services and facilities.

The cost for installing and maintaining the MobileQubes, DNP Photo Booth and Farmer’s Fridge will be covered by the companies providing them, and the companies will also keep a percentage of the sales.

There will be 35 vending machines installed across 26 CTA stations as a start, but CTA Spokesperson Irene Ferradaz said there is potential for expansion if the new amenities prove popular with transit customers and offer CTA sufficient revenue.

MobileQubes will dispense mobile device battery-charging packs for purchase or rent to ensure that riders will no longer have to commute with a dead phone.

DNP Photo Booths will give customers the opportunity to capture a moment that they otherwise would not think they could. They have the option of a souvenir photo, an ID or passport photo.

Farmer’s Fridge vending machines are a Chicago-based company and use organic and locally-grown food ingredients, including snacks and meals made in the Fulton Market district.

“[Farmer’s Fridge] is a pretty well-known brand in Chicago already,” said Lauren Nieves, a 2018 Columbia photography alumna and CTA regular.“If they keep the prices they are at right now, people will definitely pay for it.”

Nieves said the MobileQubes are a great addition to the rail stations because people’s phones are always dying. People from out of town not familiar with CTA will have the option to buy a charger in case they get lost.

Freshman dance major Julia Gomez said she would use Farmer’s Fridge and MobileQubes but not DNP Photo Booth. She added that a coffee vending machine might be a good addition for daily commuters and that overall, people will take advantage of the amenities.

“I am very happy to see the CTA include these new options for customers who [use] the [Indiana Green Line] station,” Dowell said. “It will enhance the rider experience and offer unique services to the passengers.”

Since the vending machines will be paid for and maintained by the companies themselves, it is an ideal arrangement for the CTA.