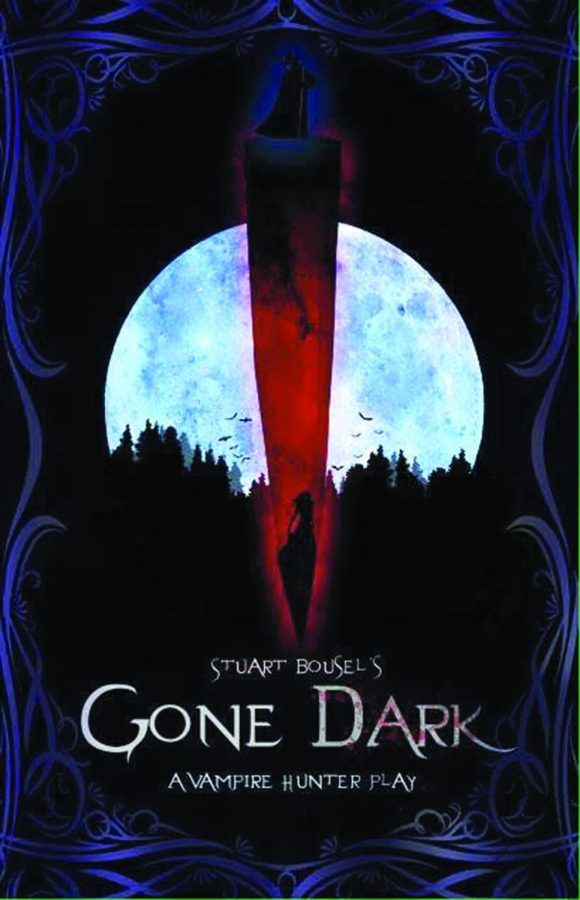 Writer Stuart Bousel originally wrote “Gone Dark” in college but filed it away because it seemed too difficult to produce on stage, said Brendan Stallings, who plays the role of Ned Dalton in “Gone Dark.”

Tiffany Keane, a 2012 Columbia alumna and director of “Gone Dark,” founded Otherworld Theatre Company in 2012 after completing her directing thesis on George Orwell’s “1984.”

“I really enjoyed the aspect of science fiction and fantasy on stage,” Keane said. “You have such a personal relationship with the audience, which is something that can be lacking in movies.”

Albert Williams, a senior lecturer in the Theatre Department, said he hopes Otherworld’s work will draw new audiences to the theater community and offer something new to those already familiar with theater.

“Very often, people form a theatre company because they see a void not currently being addressed by the theatre scene,” Williams said.

According to Brendan Stallings, who plays the role of Ned Dalton, “Gone Dark” takes place in a society of vampire hunters at the turn of the century. The ensemble cast convenes once annually, and the play details that meeting.

The play is a gothic-thriller romance, Keane said.

“Gone Dark” is performed promenade style in various rooms of Epworth Church, Stallings said. As the action of the play progresses, he said the audience is led into different spaces to experience new developments in the plot.

“This is not a traditional theater space,” he said. “There’s no clear delineation or fourth wall. You’re just in the space with us.”

The ability to move through an atmospheric building and interact with the space is invaluable to creating the sense of spectacle and grandeur that is important to fantasy, Keane stressed.

“People want to be spirited away,” Stallings said. “If you come up with strong, simple ideas, people will come along with you.”

According to Williams, the performances themselves can create a sense of awe.

Keane said that Otherworld strives to make theater feel like an adventure again.

“A sense of adventure and a sense of journey are innate in our nature,” Keane said. “Fantasy and science fiction give us a safe lens to look at our world through.”

Otherworld has brought readings of its shows to a variety of different fantasy and science fiction conventions throughout the Midwest, and Stallings said the company plans to continue expanding. Future projects include a futuristic adaptation of William Shakespeare’s “Much Ado About Nothing,” which aims to make the material more accessible to general audiences; adaptations of other famous science-fiction novels, which have been selected by audience demand; and other new works such as “Gone Dark,” Keane said.

“Gone Dark” will open at Epworth United Methodist Church Oct. 31 at 8 p.m. and will run Thursdays through Sundays until Nov. 22. Tickets are $20. Visit www.OtherworldTheatre.org for showtimes and more information.