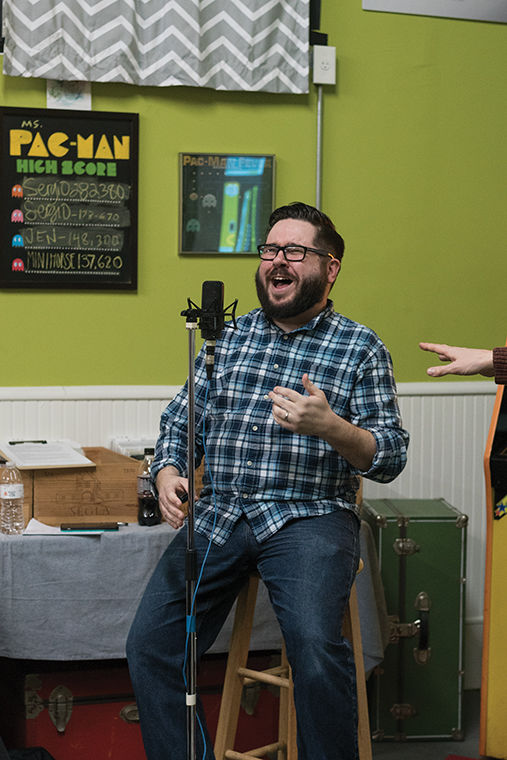 Music enthusiast Jim Hanke is living the dream with a job he loves so much that it doesn’t feel like work.

His podcast, Vinyl Emergency explores the excitement of records and features guests that include musicians, vinyl industry experts, avid collectors and more. The show turned one year old on Jan 15.

Hanke said he grew up playing in bands, conducting interviews with musicians and writing freelance reviews for multiple music sites. Hosting his own music podcast seemed like the perfect next step.

His interest in vinyl started in high school when he purchased records out of curiosity. However, he said it did not become the consuming passion it is today until his wife suggested he start a serious collection of his own.

Hanke made a number of appearances on WGN Radio to answer listener questions about vinyl. After hearing Hanke on air, James Laczkowski—who owns Now Playing Network, the platform for Vinyl Emergency—suggested Hanke start his own show.

“Two things I heard in [Hanke] when I listened to him talk about vinyl on WGN were his passion and enthusiasm for the musical art form,” Laczkowski said. “It was there in his [voice], and I felt like he had the sincerity that would be ideal for his own show.”

The show allows Hanke to discuss records and artists of his choosing each week. The artists he has as guests speak, not only about their influences but about their childhoods and the impact vinyl has had on their lives.

“They tell me stories that I haven’t heard before about their personal life,” Hanke said. “It’s been really intriguing.”

Hanke grew up in Milwaukee, Wisconsin, and moved to Chicago in 2007 to play in a band. Although the band did not tour as much as he had hoped and eventually broke up, he said it contributed to his success in the music business.

Chicago’s music community has been a key asset in the growth of his podcast, he added.

“Even though Milwaukee has a [growing music scene] now, and it’s really improved, Chicago will always be a mecca for touring artists to come through,” Hanke said.

More than 11.9 million vinyl records were sold in 2015, which is nearly a 30 percent sale increase from the previous year, according to Nielsen Marketing Company’s 2015 Overall Album Consumption report.

“I really like the whole aesthetic of [collecting] and the idea of different pressings,” said Fitzpatrick, who noted that her parents share her interest. “It’s a really cool way to support the [music] industry, especially when it comes to smaller, indie bands.”

As Vinyl Emergency enters its second year, Hanke said he is working on interviewing a number of Chicago up and coming artists, whose names he cannot share yet.

“As far as the show itself, I want to keep connecting with people and bringing interesting stories for people to hear,” he said.