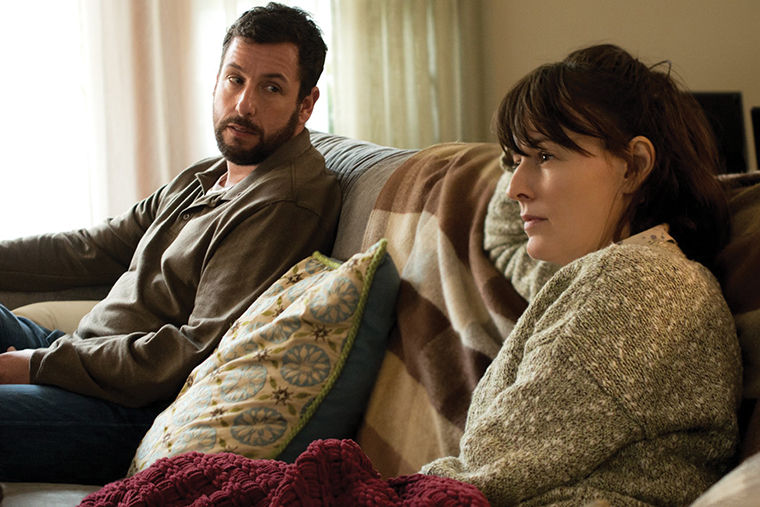 Evolving social media and technology have drastically altered the way we interact as human beings. It should come as no surprise that films have attempted to capture the dangers of this rapidly changing technological landscape we live in.

Films like “The Social Network” and “Her” provided insight into the present and future of technological interactions. Jason Reitman’s “Men, Women & Children,” based on Chad Kultgen’s 2011 novel, addresses our changing world, focusing on whom it affects most: the current generation.

The film tracks the journeys of a diverse cast of characters and the ways in which technology and social media corrupt their relationships. Married couple Don (Adam Sandler) and Helen Truby (Rosemarie DeWitt) start cheating on one another after discovering online dating. The couple’s son Chris (Travis Tope) struggles to date wannabe celebrity Hannah (Olivia Crocicchia), who has delusions of fame because of the moderate success of her online modeling website. Hannah’s mother, Donna (Judy Greer), runs her daughter’s website but also struggles with posting suggestive photos of her daughter online. She seeks the help of Patricia (Jennifer Garner), an overprotective mother who meticulously tracks her daughter Brandy’s (Kaitlyn Dever) Internet and phone history. Brandy begins to date former high school football star Tim (Ansel Elgort), but Patricia’s overbearing nature forces Brandy to sneak around her mother’s back.

Social media functions as a visual element as well as the film’s subject matter. Text messages, Google searches and Facebook newsfeeds are shown floating above or beside to the faces of the characters. When someone is texting, text bubbles appear on the screen to keep viewers engaged. Being able to see both the characters’ faces and what they are looking at helps the audience better understand the characters.

The ensemble cast is used effectively, each relationship examining the dark side of technology and social media. Online dating, pornography, privacy and pseudo-celebrity impersonation, among other issues, have their own stories and sets of characters, which breaks up the monotony. Yet, the depictions are of extreme circumstances and are sometimes unrealistic.

Most of the film centers on high school students, making most of the characters instantly more relatable to a college audience. However, many of the characters are far fetched. Hannah fits the stereotype of a cheerleader: She is attractive and wants to be famous for the sake of being famous. Even the jocks are generic bullies. It would seem as though writer and director Reitman had his hands full with so many characters that it seemed like he had little time to give them original, distinctive personalities.

The film’s romantic relationships make little sense as well. Two of the central characters, Brandy and Tim, begin to date early in the story. However, there is nothing to explain what makes their relationship tick other than physical attraction. Their personalities are not developed enough to make them sympathetic to the audience.

The film is a dark comedy like many of Reitman’s other films. The opening of the film introduces Don, who tries to masturbate, but his personal computer is not working properly and does not allow him to view pornography. He sneaks into his 15-year-old son’s bedroom to use his computer and finds pornography in his Internet history. Don is not surprised by this and continues on his mission. It is a humorous opening that sets the tone for the rest of the film. While sex jokes are an easy fallback, there is not much to laugh at outside of that.

The story begins to falter as it races to the finale. Despite a strong buildup, none of the story threads reach a satisfying conclusion. It does not help that Reitman leaves the message of the film unclear, forcing the audience to question exactly what he is trying to say about technology and social media’s role.

It is uncertain whether Reitman has a cohesive vision. He might understand that the rapid evolution of technology is potentially harmful, but it is clear he does not have an answer himself. The characters’ struggles might be relateable, but it is not enough to save an otherwise muddled film.