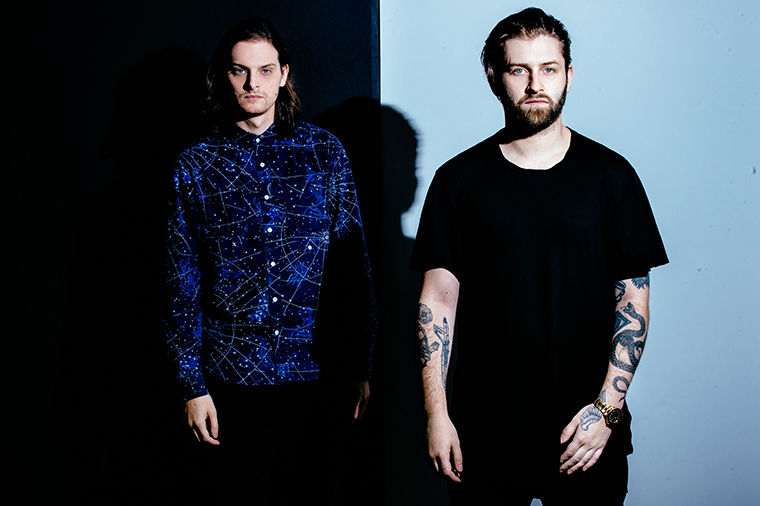 After changing its name, hosting sponsored basement dance parties, releasingmultiple EPs, embarking on a couple tours and starting its own record label, Zeds Dead has proven itself to be more than a quote from “Pulp Fiction.”

Dylan Mamid and Zachary Rapp-Rovan wanted to create music together, so they formed Mass Productions in 2004 and released their first independent album, Fresh Beetz, in 2007, with Mamid and Rapp-Rovan taking on the aliases of DC and Hooks. They renamed the group in 2009 to Zeds Dead, a reference to Quentin Tarantino’s classic film “Pulp Fiction.”

Zeds Dead embraced house and dubstep in its 2009 debut track “Journey of a Lifetime.”The duo has since released more tunes and toured North America.

After a re-debut album, Northern Lights in 2016, the duo released two standalone tracks, this year. The Canadian artists are set to play a show Oct. 21 at Navy Pier, 600 E. Grand Ave., as part of the Deadbeats Tour.

The Chronicle spoke with Hooks about Zeds Dead, touring and the key to the 8-year-old duo’s continued success.

THE CHRONICLE: What is your favorite part about touring?

HOOKS: You get to go to places you probably never would have gone. I never traveled before I started touring, so it was cool to see so many places.

How did you get to work with artists like Pusha T and Rivers Cuomo?

We’re eight years in, so it’s taken a long time to get to a point in the industry where we can hit up people like [Pusha T and Rivers Cuomo] and have them be interested in working with us. Early on, we pretty much kept to ourselves. So now it is awesome because we get to collaborate with people we look up to. We got to work with one of my favorite rappers: Sean Price. It was pretty surreal having listened to this guy’s work then being in the studio with him. He died shortly after that. It was amazing that we got to work with him while he was alive.

How did you come up with the name Zeds Dead?

It came from thinking of things that started with a Z and a D [for] Zack and Dylan. We were just saying things and then we said “Zeds Dead,” and we were like, “Hey, that’s a reference to ‘Pulp Fiction.’”

The way we used to do it was just working on our own and then coming together and critiquing each other’s work. But sometimes we get in the studio and start something fresh; sometimes we’ll work on something we worked on the night before.

How long does it take to create a song?

Some of these songs have been in the mix for a long time before we finish them. That is the difficult part of being an artist: finishing your work because it is hard to determine when it is actually done. Sometimes you know [a song] is done, but sometimes, it takes a while.

It is amazing that we are in this place in our careers where we can make a living off really doing what we love. We are inspired, and the reactions are amazing.