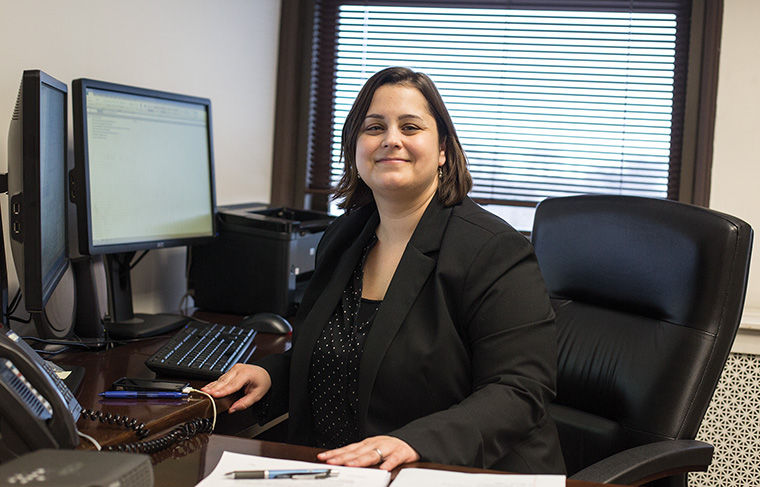 Serina Johnston, a senior theatre major, contacted the Student Financial Services Office through its online chat function Nov. 9 to resolve an issue with the second half of her tuition refund, which she had yet to receive.

After an unexplained transfer to another SFS employee and more than an hour of back-and-forth conversation about her situation, Johnston was told nothing could be done to receive her remaining loan refund until the state disbursed all Monetary Award Program grants, a state-paid fund given to some Illinois natives which she receives.

Johnston said she was infuriated to hear there was no estimated time of arrival for the rest of her refund, which she said she was counting on.

“It’s money I need,” Johnston said. “I’m not putting myself in debt for fun. I don’t want to have to take out more loans and [have] to fight for money that is mine.”

As reported Oct. 5 by The Chronicle, students who rely on MAP grant funds are facing disbursement delays due to the state budget standoff. Cynthia Grunden, assistant vice president of SFS, said Columbia is deferring the sum of the MAP grants to avoid imposing financial holds, but the office is handling the situation on a case-by-case basis. While Grunden said some colleges with significantly high endowments or other funding sources may be able to provide students money before the state pays them back, many colleges do not have the funds to follow suit.

“[Johnston’s situation] could easily happen because whenever aid applies, it applies to outstanding charges,” Grunden said. “However, if a student is in a scenario like that—is in need of a refund and is entitled to that refund [if] a MAP grant credited—they can let us know and we’re happy to work with that student.”

Johnston said what upset her most was not the MAP grant situation but the communication with SFS.

“If I didn’t have a single semester left, I probably would’ve transferred out,” she said. “I don’t like being treated like a sack of money.”

Johnston is one of a number of students frustrated by a perceived lack of communication from SFS.

According to Grunden, though, SFS does not get a high number of student complaints regarding customer service. When complaints  do occur, the office reviews the situation to ensure no misinformation was given, she said.

“A lot of times, we find it was an issue of misinterpretation,” she said. “The student was told something, they heard something else—which is part of normal human communication—and is something that needs to be clarified and straightened out.”

Laura Bissett, a junior television major, said she also recently had an issue with SFS when she received conflicting answers about setting up a payment plan after she already paid her semester’s tuition in full.

Bissett said she and her mother were told on the phone several times that she did not need to set up a payment plan, but she later received emails—which Grunden said are sent from on-campus staff—that said she would lose her scholarship and be charged a fee because she did not set up a plan.

“If we hadn’t called to make sure everything was okay, and they said ‘Yeah you’re fine, you can go to school,’ I wouldn’t have been so mad,” Bissett said.

Grunden said it is important to help students when they think they have received contradicting information from SFS, but added it can often depend on how the question is phrased each time and when they ask for the information.

According to Grunden, SFS’ phone and online chat assistance is handled through a third-party service, CMD Outsourcing Solutions, Inc., a Baltimore-based company that specializes in college customer service communication.

Grunden said the service received about 54,000 calls and almost 8,000 online chat logs regarding student accounts in 2014. She added Columbia has used the company since 2003 because the SFS staff of about 33 people cannot efficiently answer all calls  and chats.

SFS communicates with CMD officials weekly and coordinates regular training for its employees, Grunden said, adding that most account issues can be solved through CMD assistance, but SFS will communicate with the on-campus staff, who still handle walk-ins and in-person appointments, if there is a complex issue.

“That’s why we have a service—so we know a student’s call gets answered, [and] students can get their questions [answered],” Grunden said. “If everybody just came in house, then nobody is going to be served well. If there is something special, it is escalated to the in-house team right away.”