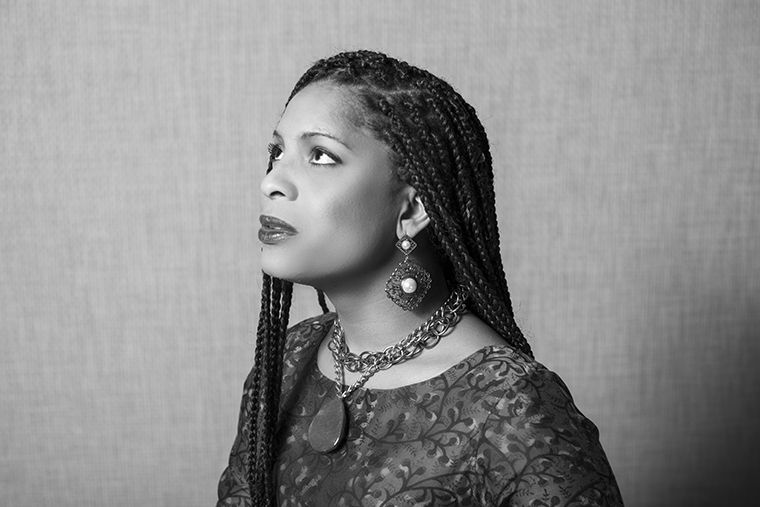 Precious Davis, assistant director of Diversity Recruitment Initiatives, said she has made efforts to discuss issues facing the LGBT community, Including working with Miley Cyrus in the Happy Hippie Foundation to combat injustices facing homeless youth, LGBT youth and other marginalized groups.

Precious Davis, the college’s assistant director of Diversity Recruitment Initiatives, has taken the MTV Video Music Awards stage, visited the White House, been featured in Miley Cyrus’s #InstaPride campaign and got engaged—all since graduating from Columbia within the last few years.

Davis has been recognized locally and nationally for her trans advocacy work. She was featured on the 13th annual Windy City Times’ “30 under 30” list honoring LGBT Chicagoans and landed a spot on the 2014 “Trans100” list.

She also served for three years as the Youth Outreach Coordinator at the Center on Halsted, a nonprofit LGBT community center based in the Lakeview neighborhood, where she promoted HIV prevention, transgender advocacy and LGBT leadership development.

The Chronicle spoke with Davis about diversity and inclusion, activism at Columbia and advocating for the rights of marginalized groups—specifically, the LGBT community.

THE CHRONICLE: What was your experience as a Columbia student?

PRECIOUS DAVIS: As a student, I felt Columbia was really a collaborative community of beatnik artists who were really excited to work with each other. It was a wonderful creative posse and great place for me to plant myself as an artist, as an entrepreneur and as a social activist. Columbia really served as a catalyst for my development as someone who authors the culture of our time. Coming from Omaha, Nebraska, Columbia was a godsend for me.

How did you begin your activist work with Miley Cyrus?

Miley Cyrus reached out to me. Prior to my tenure at Columbia, I coordinated the youth program at the Center on Halsted, which empowers LGBT youth across Chicago. I’ve worked with homeless young people. I’ve given keynotes across the country and given my work as a trans activist and my work with the LGBT community, she really felt I had a resilient story she wanted to highlight.

Working with the Happy Hippie Foundation is really awesome. The goal of it is to end youth homelessness, and we do that by providing digital support groups. Also, [it is] about raising awareness about the plight of youth homelessness and really emphasizing education of how we can empower homeless young people.

How has your trans activism affected the Columbia community?

One of the most amazing things about me being an activist is my work translates to both the community and the college. I’ve kind of become synonymous with Columbia. At Columbia, I’ve been part of advocating for more gender-neutral bathrooms. I’ve been part of giving cultural competency training to various faculty and staff. I’ve also been instrumental in adding gender identification to our admissions application. It’s finding ways we can extend community at Columbia. How does my work translate for marginalized populations? How can I use my voice and my privilege and access to make space for [traditional] communities that have been marginalized and don’t have a voice? Also, in our recruitment, we’re recruiting to marginalized populations. We’re recruiting to different students who have different abilities. We’re recruiting different students of different faiths. We’re recruiting students of different sexual orientations and different gender identities. We want those marginalized populations to be part of Columbia. We want to support their voices. We want them to know Columbia is an institution [where] you can plant yourself. I use that in my work quite often.

How do you see the status of diversity and inclusion at the college?

Diversity and inclusion is always evolving. We should always be educating ourselves about different populations. I’m continually looking across the country and comparing [Columbia] to other progressive institutions. I’m always listening to the needs of students who come to me. In the Preferred Gender Pronoun campaign, we’ve been partnering with Multicultural Affairs and with the Office of LGBTQ Culture & Community. I’m really proud of the work the students have done. We’re also doing that on a faculty level.  We’re going to [have] preferred gender pronoun pins for Open House. I’ve also asked the office of admissions to mandate having our preferred gender pronouns on our email signature. [We are] creating a culture of identifying gender. That’s a huge topic right now, and Columbia’s really responded to that. We are also hosting the Creating Change Conference, the biggest LGBT conference in the country, this January. LGBT inclusion is a huge piece we’re working on right now. I’m really proud of the progress we’ve made.

You recently got engaged. How has that experience been?

It’s exciting to be a public figure in terms of trans equality and trans visibility as what my fiancé and I represent. It’s wonderful to have the support of Geena Rocero, Laverne Cox, Janet Mock and Tiq Milan. The community rallies behind us and supports us. It’s such a blessing my work at Columbia is part of a national conversation currently regarding diversity and inclusion. I wouldn’t have it any other way than doing it at Columbia.

How do you feel about your experience speaking out for trans rights in the Columbia community?

I count it as a blessing and a joy to do the work I do and to live in this moment, time and space we are in culturally. We are living in a [defining] moment, and I am so honored to be part of this pivotal role and to be doing it at Columbia. To have the support of the college and to see the progressive nature of our institution is remarkable.

What can be done to protect LGBT-identifying people from hate crimes?

In terms of the homicide rates and murder rates of trans people—specifically trans women of color—we first have to start with education. That education needs to start at the middle school level, and then we move into college. It’s about visibility; it’s about access and self-love. It’s about someone not loving themselves and not being able to reconcile with the stigma placed upon them because of the binary line of gender. It’s about people educating themselves. Now, we also have to demand legislation in terms of protecting trans women. It’s about creating access and space, so we use education as a weapon and a shield to empower trans women so we can stop this heinous, triggering line of murders of trans women. We have to say their names. It’s about creating visibility and trans people taking up space. It’s an onslaught to a race. The more we take space, we speak their names and we give life and authenticity to the humanities of trans people—we will stop the murders.