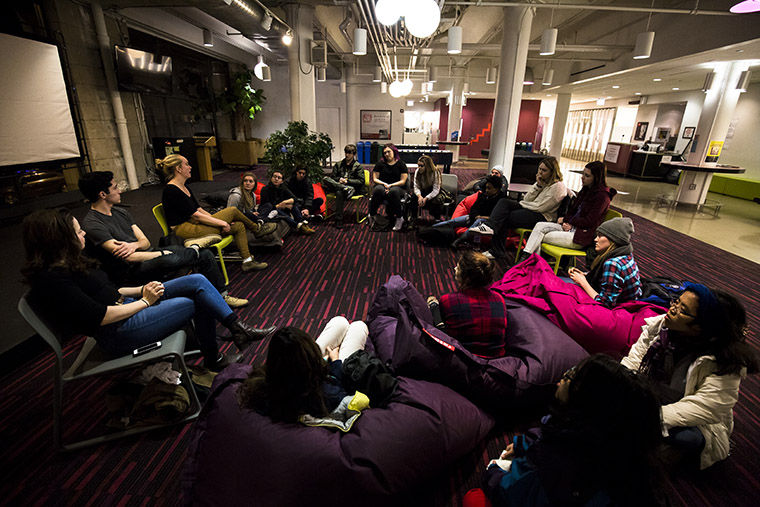 The Renegades, Columbia’s athletic organization, will introduce its first club during the Spring 2016 Semester, according to Michael Sempek, a senior television major and Renegades president.

The outdoors club, to be called Wilde, will focus on athletics like rock-climbing, hiking and camping. Wilde held informational meetings Dec. 2 at the Loft in the 916 S. Wabash Ave. Building, and Dec. 3 at 731 S. Plymouth Court.

“This is going to be our first club. Everything else we have is a team,” Sempek said.

Charlotte Klein, a junior photography major, presented the idea for the club to the Renegades board at the beginning of the Fall 2015 Semester, according to Mark Brticevich, the coordinator of fitness, athletics & recreation.

“We want people to be healthy in whatever way we can get them to be healthy,” Brticevich said. “[The outdoors club] fills a great niche at this school, and I am looking forward to great success with this club.”

Columbia’s C4Cycling club has gone on bike trips and other outdoors activities, but this will be Columbia’s first outdoors club, Brticevich said.

Dave Dolak, a senior lecturer  in the Science & Mathematics Department who founded C4Cycling, will be the outdoors club’s faculty sponsor.

Klein said she is a member at Brooklyn Boulders and reached out to them on behalf of the club.

“[I] asked if they would be interested in doing events or giving students discounted prices,” she said. “They said they were more than happy to do that.”

After the first free event, Brooklyn Boulders will offer weekly rates for students or discounted memberships depending on the level of student interest, said Claire Bao, assistant operations manager at Brooklyn Boulders.

“In an urban setting like Chicago, it is important for students to be exposed to other types of activities they might not normally know about,” Bao said. “Since we don’t really have mountains here, our [climbing] walls are the closest substitute.”

The club is considering organizing a cross-country ski trip and a hiking trip to Starved Rock in the Spring 2016 Semester, Klein said at the meeting.

Maddie Rogers, a freshman photography major who attended the meeting, said she is interested in Wilde because she is already involved in rock climbing and wants to see what other activities the Chicago area has to offer.

“I come from Washington so I am used to being surrounded by trees and mountains,” Rogers said. “This was a good opportunity to check out what Chicago has to offer for outdoors [activities].”

The club aims organize trips and find places to go to make it easier for students interested in outdoors activities to participate, Klein said.

“The club is supposed to be for people of all different backgrounds and levels,” Klein said. “Even if you have never gone on a camping trip or you have never climbed before, that does not matter. You can still come and get involved.”