Rap star’s brother charged with assault of a Columbia student 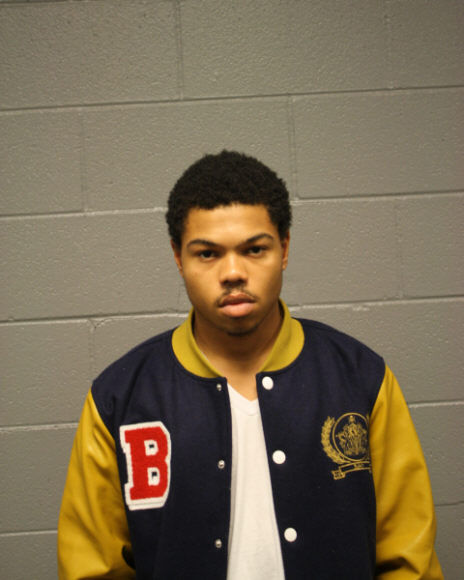 Taylor Bennett, 18, and Jake Kalmin, 21, were both arrested and charged with aggravated battery for the assault of a Columbia student on Sept. 28 at a party.

A party hosted at a Columbia student’s apartment on Sept. 28 became violent resulting in one student being admitted to Chicago’s Mercy Hospital and Medical Center, 2525 S. Michigan Ave., after being severely injured allegedly at the hands of Taylor Bennett, the younger brother of Chancelor Bennett, also known as Chance the Rapper. Taylor Bennett’s manager, Jake Kalmin, who is a former Columbia student, helped him commit the crime, according to a Chicago Police Department News Affairs report. Both Bennett and Kalmin were charged with aggravated battery for the crime, which took place in the 2200 block of South Michigan Avenue, according to the report.

Bennett, 18, and Kalmin, 21, turned themselves in to authorities on Oct. 16, two weeks after the incident, which left the victim, a 19-year-old Columbia student, with serious physical injuries and many other students at the party in disbelief.

The altercation allegedly started after the victim stepped on Bennett’s shoes. After an exchange of words and shoves, Bennett attacked the victim and others joined in, punching and kicking him while he was on the ground, according to Ellie Stanford, a sophomore television major who attended the party.

Kalmin then allegedly jumped in, helping Bennett punch and kick the victim. After other attendees heard the blow that Stanford said sounded like it cracked the victim’s skull, Bennett and Kalmin reportedly fled the scene of the party and left the attendees in shock before one of the victim’s out-of-state family members was notified of the incident and called authorities, according to the Chicago Police Department report.

The victim was initially taken to Mercy Hospital and Medical Center before being transferred to Stroger Hospital, 1969 W. Ogden Ave., to be treated further for the injuries he sustained, the report states.

Stanford said the incident took place about five feet from where she and her friends were standing in the kitchen of the home.

Stanford said the party-goers started screaming and most people left, but she and her friends returned to gather their belongings and saw the victim again, who appeared motionless with no expression and was bleeding heavily.

“It was not necessary for multiple guys to be punching and stomping on the kid,” Stanford said. “Even if there was a fight, there is never any reason for that many people to hit a person.”

She said she thought Bennett’s affiliation with Save Chicago, an anti-violence campaign spearheaded by Taylor’s father, Ken, and older brother, Chance, to help combat violence, might have prompted his public rationalizations of his and Kalmin’s actions during the party.

Violet Royal, a sophomore cinema art + science major, said her initial impression of Kalmin was he seemed too enveloped in the limelight and  acted as if he was superior.

In the weeks following the incident, Royal said Kalmin and Bennett began to spread different stories about the reasons for their actions, which led to turning themselves in.

Royal said the two claimed the victim pulled a knife on Bennett, but also said she doubts the claim.

“I don’t think the kid had a knife or was even that much of a threat,” Royal said. “He was just a kid at a party.”

Bennett tweeted Oct. 22 that he would no longer be accompanying musician Hoodie Allen on his “People Keep Talking” World Tour, scheduled through Dec. 30.