More than Weinstein: Society must address a culture of abuse 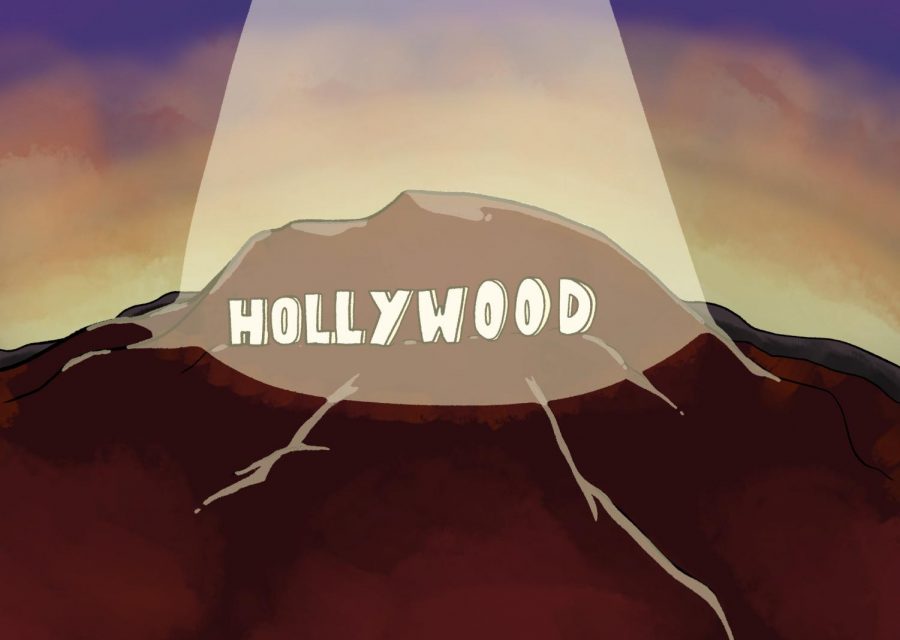 More than Weinstein: Society must address a culture of abuse

Predatory behavior in the entertainment industry is facing a reckoning.

A push to hold Hollywood elites accountable started after a New York Times’ investigation into movie producer Harvey Weinstein revealed a history of sexual abuse. Public outrage against Weinstein and his behavior has rightfully dethroned him from his powerful status in the industry and has turned into a rallying cry to hold celebrities accountable.

For years, victims of harassment and assault in Hollywood have been forced to keep quiet about the unspeakable acts committed against them for fear of retaliation and the stigma surrounding sexual violence. However, after seeing an industry giant like Weinstein taken down from his perch, victims have been galvanized and come forward with their stories. Since the Times published the story Oct. 5, an outpouring of allegations against powerful men has rocked Hollywood.

Out of the woodwork

On Oct. 22, the Los Angeles Times reported 38 women alleged screenwriter and director James Toback sexually harassed them. More than 200 women came forward with allegations against him soon after, showing there is power in numbers.

In a Nov. 6 Facebook post, actress Kristina Cohen accused actor Ed Westwick of raping her in February 2014. Cohen ended her story by writing: “I hope my coming forward will help others to know that they are not alone, that they are not to blame, and it is not their fault. Just as the other women and men coming forward have helped me to realize the same.”

Cohen then filed a police report with the Los Angeles Police Department against Westwick Nov. 7—just a day before another woman, Aurélie Wynn, accused Westwick of raping her in August 2014 in her own Facebook post. Wynn thanked Cohen in her post for coming forward with her story.

Amid these revelations, male victims have found their voices, too. Inspired by those who came forward against Weinstein, actor Terry Crews tweeted Oct. 10 about being groped by an executive at an industry function in 2016.

Crews wrote that he wanted to hold the executive accountable but had feared retaliation if he did.

“I understand and empathize with those who have remained silent. But Harvey Weinstein is not the only perpetrator,” Crews wrote. “Hopefully, me coming forward with my story will deter a predator and encourage someone who feels hopeless.”

On Nov. 8, Crews filed a police report against the executive, according to NBC News.

Posting with a #MeToo hashtag Oct. 15, former child actor and filmmaker Blaise Godbe Lipman came forward about being sexually abused but did not name the perpetrator.

The next day, he posted on Facebook that his abuser had sent him a “poke” on the platform, presumably to intimidate him from speaking out further. It had the opposite effect, however, and Lipman named Tyler Grasham, an Agency for the Performing Arts talent agent, as the man who abused him. After Lipman’s post, more allegations of harassment and assault came out, and on Oct. 20, Grasham was fired from APA.

On Oct. 30, actor Tyler Cornell joined the list of young men claiming abuse by Grasham and filed a police report with the LAPD.

In an Oct. 29 Buzzfeed News article, actor Anthony Rapp went public with accusations of sexual misconduct by Kevin Spacey when Rapp was 14 years old. Rapp stated the women who came forward against Weinstein encouraged him to make his voice heard in the ongoing dialogue about predatory behavior in Hollywood. After Rapp detailed his experience, more than a dozen other men voiced similar allegations against Spacey.

Sexual abuse is a disease that plagues society, and like any disease, the symptoms must be identified and combated early on, such as the disturbing sexualization of minors that sparks an unequal power dynamic, stripping away children’s agency.

On Oct. 30, 27-year-old model Ali Michael posted a photo of 14-year-old actor Finn Wolfhard on her Instagram story with the caption, “Not to be weird but hit me up in 4 years.”

Some have defended Michael’s post as a harmless joke that doesn’t compare to the actions allegedly committed by the likes of Spacey or Weinstein, but such a comment is unsettling when the joke makes light of adults flirting with children. Taking into account Wolfhard had just left APA after the allegations surrounding Grasham, Michael’s post is doubly inappropriate.

Ending a history of erasure

The powerful and despicable men who have committed such acts are being held accountable. Along with being fired from his production company, Weinstein is being investigated for assault allegations by police in Los Angeles, New York, London and Beverly Hills, California. Another police investigation is underway against Toback, and Spacey has lost his role in the award-winning Netflix drama “House of Cards” and is under investigation for sexual assault by British police. After the allegations came to light, director Ridley Scott also announced he would cut and reshoot scenes of Spacey in the finished film “All the Money in the World” with Christopher Plummer.

While the firings and criminal investigations should be celebrated and acknowledged as a sign of progress in an industry that has hidden abusers for years, justice will not prevail until society removes all predators from positions of power along with those who witnessed these crimes but did nothing and protected the wrongdoers instead of the victims.

Woody Allen is an apt example of a figure in the entertainment industry being able to dodge the allegations against him and enjoy a lengthy, successful career as a filmmaker. Adopted daughter Dylan Farrow alleged sexual abuse by Allen in 1992, and she attempted to hold him accountable with a detailed report in a Feb. 1, 2014, open letter to The New York Times. Despite this, Allen received a Golden Globe lifetime achievement award that same year. Now, Allen seems confident enough in society’s complacency to reportedly be working on a film about a middle-aged man in a relationship with a much younger girl, according to an Oct. 21 article by Page Six. Many have criticized the movie as him brazenly flaunting that he has faced no repercussions.

A dangerous cocktail of victim-blaming, power imbalance and prioritizing men with social status over the people they have victimized has created a culture of injustice. With the hundreds of victims that have already come forward in the span of a few weeks, we have a duty to address past and present allegations with the same fervor—to make the world a safer place and tear down the toxic system that creates abuse victims in the first place.