Cultures, hair and life experiences intertwine in this Uptown salon 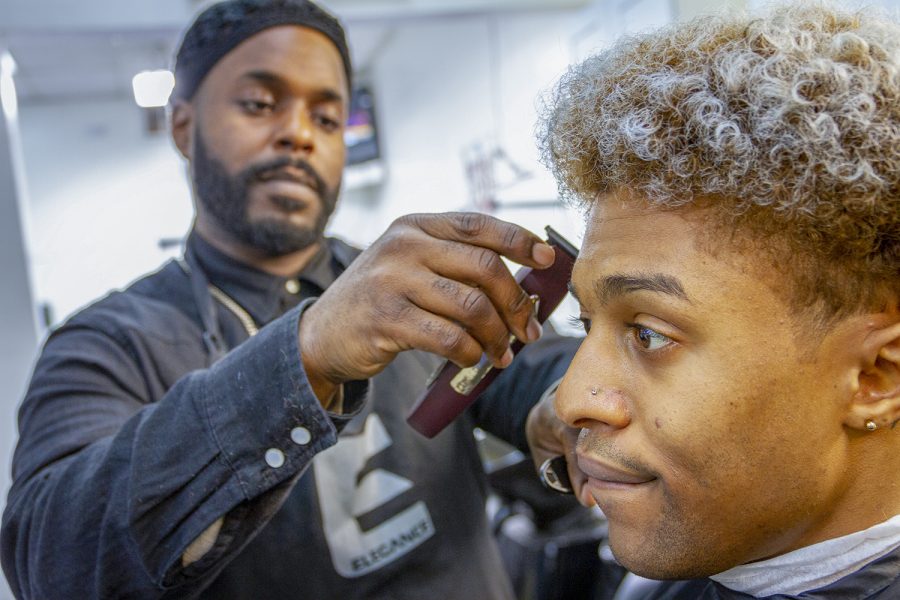 Music, laughter, the buzz of razors and various languages fill the room as a parade of people walking in and out stop to hug, laugh and converse about family, work and life in general.

She came to the U.S. in 1989 while fleeing the civil war in Liberia. She said she also did hair back in Africa, and that it was her passion.

“When I first came to America, I worked in a beauty salon with this lady … for about a month just to get a feel of doing hair overseas,” Sherif said. “I did not have my license or nothing, and all I was doing was braiding hair. And then it got busy and she looked at me and said, ‘I know you can do it. I need you to shampoo clients, and I need you to put rollers in their hair.’”

Sherif said she had never rolled hair professionally, but after a day on the floor, she realized it was a natural talent and was advised to get a license. She soon enrolled in the Cannella School of Hair Design, a cosmetology school with locations across the Chicago area.

After graduating from Cannella in 1992, Sherif took a part-time job at a McDonalds, where her manager noticed her work ethic and referred her to a friend who needed someone to run his salon. She managed the salon for six years until an opportunity to take over the business presented itself.

This was the beginning of a career for Sherif that has welcomed international clientele with a strong sense of family and a reflection of her new community in Uptown.

“Being in Uptown, you have multiple cultures in one area,” said Burton Hood El, a barber at the salon, while giving a line up  to one of his customers. “It’s keeping me on my toes, dealing with
different people.” He added that the salon also helps him find new ways to “relate and communicate in order to get the desired style to create [his customers’] individuality.”

Travis Wilson of Uptown, who was in Hood El’s chair, said he liked “the vibe of this salon; I like it; its homey, cultured and diverse. I live close by and they are good people.”

In the beginning of her entrepreneurship, Sherif expected to take the smaller space next door to her current business, but the landlord suggested taking the larger space because he said her business was is going to grow. Now, she has been at that location for 23 years.

“Now, you have to remember there are going to be some rainy days in the business and some days of sunshine, but you’ve got to appreciate whatever comes to you,” said Sherif, who has three children.

For Sherif, her salon is about more than hair or even how far she has come.