The Columbia Chronicle • May 3, 2019 • https://columbiachronicle.com/crime-advisories-not-effective-students-say 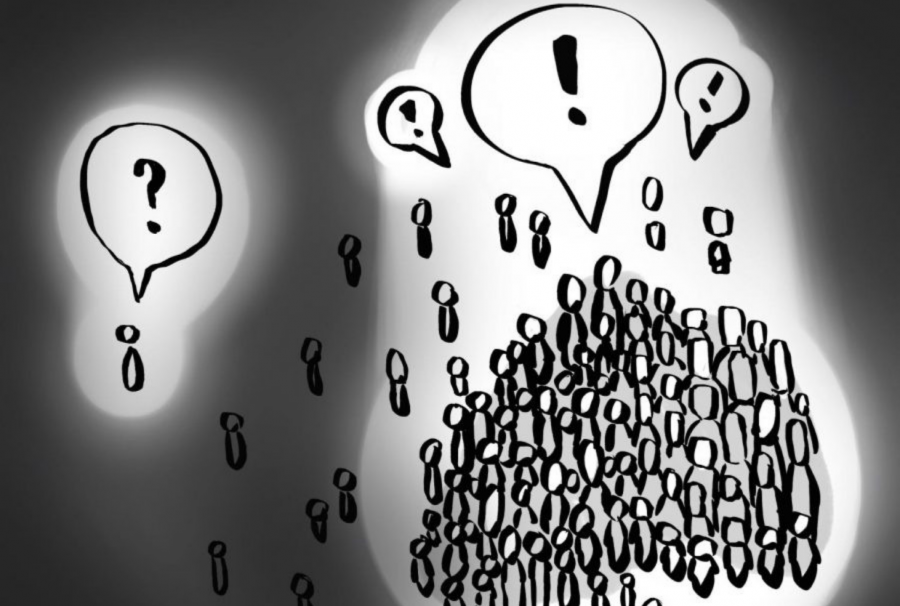 After Rebecca Casey, a junior communication major, had someone attempt to steal her purse on campus Feb. 13, she immediately went to security guards in the 33 E. Ida B. Wells Drive Building to report the incident.

It was not until approximately five or six hours later that a Crime Advisory about the incident was sent out, which Casey said was disheartening.

Although her purse was not stolen, other students could have benefited from knowing that there was a potential threat in the hours immediately after the incident, she said.

“This is definitely a student complaint that goes on. We don’t think the campus security alerts come out as effectively as they should,” Casey said. “It’s a whole messy system.”

And while theft is a concern, other students say they are more concerned about violent crimes even if they occur outside of official school boundaries, especially in a city known nationally for its gun violence. Instead of receiving delayed Crime Advisories from the Safety and Security Office, including alerts about stolen cellphones, some students say they would rather know about incidents that occur on commuter routes, such as on CTA lines or near Metra stations.

“It always seems to be a female student walking alone [who] gets [her] phone stolen at 3 a.m.,” sophomore radio major Jake Eisendrath said. “In a commuter-based school, more alerts for things happening … near the Red Line or [at] nearby train stops would be more beneficial to the students.”

When a serious threat occurs, such as an active shooter on campus, the college’s security team utilizes collegewide text, phone call, social media and email alerts to immediately notify everyone, according to Associate Vice President of Safety and Security Ron Sodini. Students can manage the medium of these messages through their OASIS accounts.

Sodini said for incidents that are not immediately threatening, such as a robbery, crime advisories written by the Campus Safety and Security Office, in conjunction with the News Office, are emailed collegewide through a LISTSERV email system.

Sodini added that the security team’s primary objective when sending out alerts is to provide quick, accurate information and to provide aid to the victim. He said email alerts are sent out collegewide simultaneously.

According to Sodini, alerts are sent out based on the geographic location of the incident and whether there is an ongoing threat present. For example, no alert was sent out after an April 26 shooting on Ida B. Wells Drive because it occurred outside the geographic parameters of the alert system and there was no ongoing threat, Sodini said.

The 1990 Jeanne Clery Disclosure of Campus Security Policy and Campus Crime Statistics Act mandates that institutions give timely warnings of crimes that may threaten the college. According to the Clery Center, timely warnings can include: incidents that occur in the geographic area, reports to campus security or local police agencies and serious or continuing threats to students and employees.

The Clery Center is a nonprofit organization that provides information on effective safety strategies at colleges and universities.

“We don’t want to inundate the college with news that is not of a continuing threat,” Sodini said. “When we’re sending [students] something, it is valuable information that may be of importance to their immediate safety.”

Despite sending alerts simultaneously, some students said they receive alerts at different times than students around them.

Junior graphic design major Eason Bragg said he was at work one day when his co-worker, who was beside him, received a crime advisory. Bragg did not receive that alert until about 30 minutes later, he said.

“I take night classes, and I have to take the CTA all the way to the end of the [red] line home,” Bragg said. “If something is going on by the trains, I’m not going to know about it.”

Sodini said the issue warrants individual investigations if students receive delayed notifications. He said the delayed alerts may be due, in part, to WiFi signals or data plans on students’ cellular devices.

Instead of sending alerts on “quick fix” incidents, such as a cellphone or laptop robbery, Eisendrath said he would rather have alerts on incidents that occur at the Roosevelt Red Line stop or along commuting routes.

“[Alerts] shouldn’t be limited to things that happen directly out front of campus buildings. It should be the entire South Loop,” Eisendrath said. “Don’t make [alerts] narrowed down to just the campus because people at the school don’t just go in the three- or four-block radius that is the campus.

District Safety Coordinator in Central 301 in Kane County Rebecca Jurs, who is completing a dissertation on school safety, said delayed alerts are an issue because the primary purpose of an alert system is to notify and prevent further tragedy.

Jurs said she recommends educational institutions reevaluate safety protocols annually and after incidents occur with input from students to discuss what is working and what needs to be improved in terms of safety measures.

“At the college level, [one] would hope students were part of that process,” Jurs said.