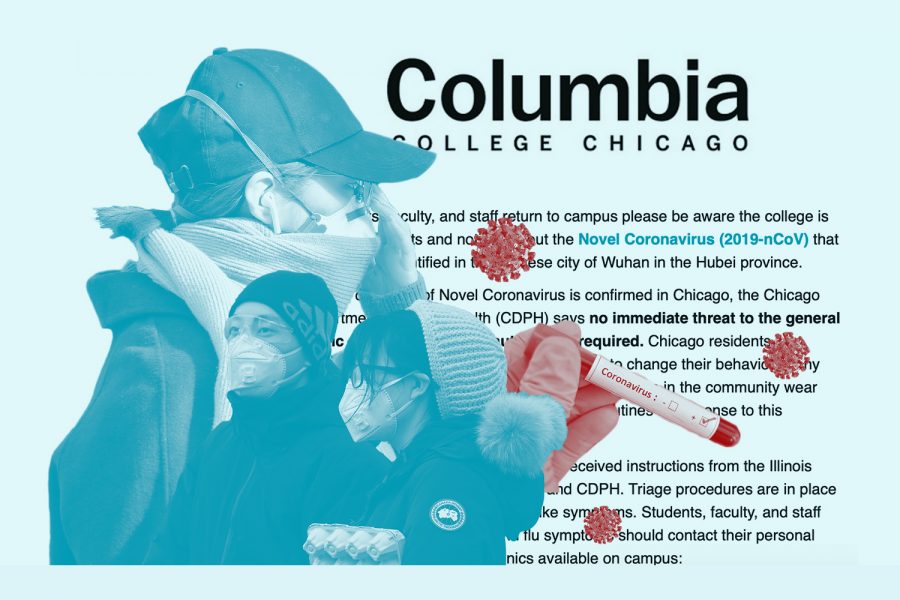 When  Anna Lee Ackermann, a junior interdisciplinary documentary major, was taking the Red Line, she noticed a middle-aged man staring at her from the other side of the train car.

“I was trying to mind my own business,” Ackermann said. “Every time I looked up, he would be looking at me.”

It was not until the man pulled his jacket over his face that Ackermann understood why he may have been looking at her.

“I remembered the coronavirus is a real fear for a lot of people right now,” said Ackermann, who was adopted as an infant from Jiangxi, China. “I understand the fear surrounding it … but your fear shouldn’t be a reason to be afraid of an entire race.”

Several international students at the college, including junior cinema art and science major Sophia Huang, said they are more conscious than ever of Americans’ perceptions of Chinese people due to the global outbreak.

The virus was first detected in Wuhan, China, in December 2019 and has infected more than 60,000 people worldwide, with 15 confirmed cases in the United States—two residents in Chicago tested positive for coronavirus, as reported Friday, Feb. 7 by The Chicago Sun-Times.

Illinois is the first state in the country to be able to test for the coronavirus without having to send specimens to the Centers for Disease Control and Prevention, allowing Chicago medical officials to identify and contain any possible spread of the virus, as reported Tuesday, Feb. 11 by the Sun-Times.

The  initial detection of the virus in China is causing widespread reports of racial discrimination in the U.S., despite the virus reportedly originating in animals such as bats.

Huang said people need to remember “it’s the coronavirus, not the Chinese virus.”

Other students like Zibo Lin, an international cinema art and science senior from Beijing, attempt to ignore the discrimination.

Lin said he finds it “funny” when people look at him as if he is actually carrying the virus.

While the U.S. declared the coronavirus a national public health emergency on Friday, Jan. 31, Dr. Jonathan Martin, an infectious disease physician with Cook County Health, said the threat of the virus to the general public is very low.

“There is no evidence for sustained person-to-person spread in the United States,” Martin said.

He added the virus is notably similar to influenza, better known as the flu, in regard to its symptoms and the way it spreads through coughing or sneezing.

Columbia has also taken action, informing students and faculty of the virus through a collegewide email Monday, Jan. 27. While it said there was “no immediate threat” to the Columbia community, it stated the Student Health Center has received instructions from the Illinois Department of Public Health and the Chicago Department of Public Health regarding triage procedures to address students who report flu-like symptoms.

Dean of Students John Pelrine said the college sent the email because of the number of people voicing their concerns to faculty and staff on the impact the virus may have on campus.

“People were relying on leadership at the college to keep them informed,” Pelrine said, adding that the college wanted to reiterate standard hygiene practices while assuring people that the coronavirus will not affect Columbia in any way.

Pelrine said the college is still monitoring the situation closely. He said only one student had recently traveled from Wuhan. Pelrine said the student checked in with the Student Health Center after returning to Chicago and has not developed any flu-like symptoms.

According to 2019 Institutional Effectiveness data, the latest data available, 142 students at Columbia are from China.

Pelrine said students should go to the Equity Issues Office or the Student Diversity and Inclusion Office for support and resources if they feel targeted for discrimination during this time.

Charee Mosby-Holloway, the director of Student Diversity and Inclusion, shares office space on the fourth floor of 618 S. Wabash with international students and scholars and said “our office space is available and open for all students at Columbia that are looking for a space … to feel safe and included.”

Ackermann reminded students to be sensitive to others and to not give in to fear and discrimination.

“Don’t let your fear blindside your ability to see humanity,” Ackermann said. “There are some things you can’t control in life, but you can control how you respond to your fear.”