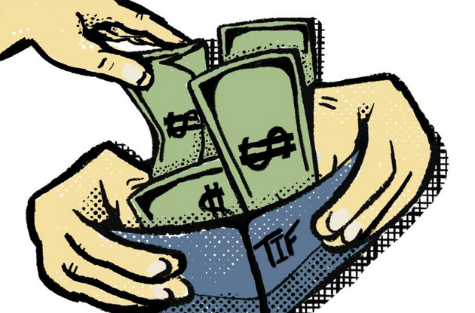 The Lincoln Yards development planned for 55 acres of former industrial property between Bucktown and Lincoln Park has undergone many changes since developer Sterling Bay’s initial proposal last May. It has removed plans for a 20,000-seat soccer stadium and several entertainment venues in the development and has increased its planned number of affordable housing units from 300 to 600. However, as the plan continues to push through, residents and aldermen of surrounding wards have turned against it.

Some opponents are specifically concerned with the use of Tax Increment Financing funds for the project, which could reimburse Sterling Bay for over $1 billion of the $5 billion project. According to the Cook County Clerk’s website, TIF funding, which has existed in Chicago since 1984, evaluates the property tax of an area around a planned development—referred to as a TIF district—and for 23 years, redirects all property taxes above that base amount from its typical recipients, like public schools, to the development.

However, the Cook County Clerk’s website specifies that TIFs can only be used in “blighted” areas, or areas that are under-served. According to Chris Geovanis, communications director of the Chicago Teacher’s Union—which has been outspoken against Lincoln Yards—the area surrounding the development is not blighted and does not need TIF funding.

“There’s a huge public move to re-examine the entire TIF program in Chicago,” Geovanis said. “This is a program that was created to alleviate blight in long-neglected communities. That is the exact opposite of what [Lincoln Yards] is.”

Geovanis said Mayor Rahm Emanuel is using Lincoln Yards as a “legacy” project for himself, and said it would be more responsible to wait for newly-elected Lori Lightfoot to take the mayor’s office May 20 before finalizing this development.

The zoning for Lincoln Yards was approved with a 33–14 vote by the City Council March 13. There will be a vote April 8 to determine if the project will receive TIF funding.

Ald. Scott Waguespack of the neighboring 32nd Ward voted “no” during the March 13 vote. Waguespack wants to delay final approval of the project until Lightfoot takes office. He said the project has been poorly planned.

“We’ve seen the developer drive the conversation and go back and forth on promises the city made to the [surrounding] communities years ago,” Waguespack said. “The community around that area was essentially saying they wanted lower density, mixed-use development, and what we have is something completely different.”

The city also never took steps to assess the city-owned property within the boundaries of this TIF district before selling it to Sterling Bay, according to Waguespack. Sterling Bay will thereforebenefit from the TIF funds and will not be paying taxes on the property at the market rate as it increases in value.

Neither the mayor’s office, Sterling Bay nor Ald. Brian Hopkins (2nd Ward)—the Alderman whose ward includes Lincoln Yards and who is an outspoken supporter of the development—have responded to The Chronicle’s requests for comment as of press time.

Brian Kremen is an Avondale resident who has been vocal in his opposition of Lincoln Yards. Kremen said he did not think the area falls under the typical “blighted” requirement for TIF districts due to its proximity to “desirable” neighborhoods such as Lincoln Park.

Kremen also takes issue with the city’s repeated use of TIF funding to assist private developers like Sterling Bay.

“That’s what bugs me,” he said. “How little we value the resources of this city to give them to developers that really, at the end of the day … do not actually need them.”

Geovanis agreed Lincoln Yards and the TIF program should be re-evaluated.

“[TIF funds] never go to … real neighborhood needs in communities that are experiencing real hardship,” she said. “It’s just wrong. It’s time for a complete re-examination of the entire TIF program, and it is absolutely time for the civic leaders of this city to listen to the people … and press the ‘stop’ button on this project.”

As much as $2.4 billion of TIF funding for the Lincoln Yards and The 78 developments was approved by the City Council April 10.

The original April 8 vote was deferred at the request of Mayor-elect Lori Lightfoot so she and her team could meet with Lincoln Yards developer Sterling Bay, according to a written statement Lightfoot released April 9.

The statement said Lightfoot’s meetings with Sterling Bay were productive and resulted in the addition of specific language to the development agreements that will ensure the city is able to monitor Sterling Bay’s commitment to increase the involvement of women-and minority-owned businesses.

The council approved $700 million in TIF funds for The 78, a massive 62-acre housing, retail and business development venture just south of The Loop.

“There remains much more work to do in this regard, and I am hopeful we’ll be able to get there,” the statement read. “Under the terms of both redevelopment agreements, we have confirmed that the city has additional controls over these projects, which I am confident will allow for us to further improve these deals and to bring community voices into the process going forward.”

Protestors lined the streets outside of City Hall April 10, including several newly-elected aldermen and the Chicago Teachers Union, according to an April 10 Curbed article.