Confessions of a serial monogamist: How the pandemic helped me re-evaluate toxic relationship patterns 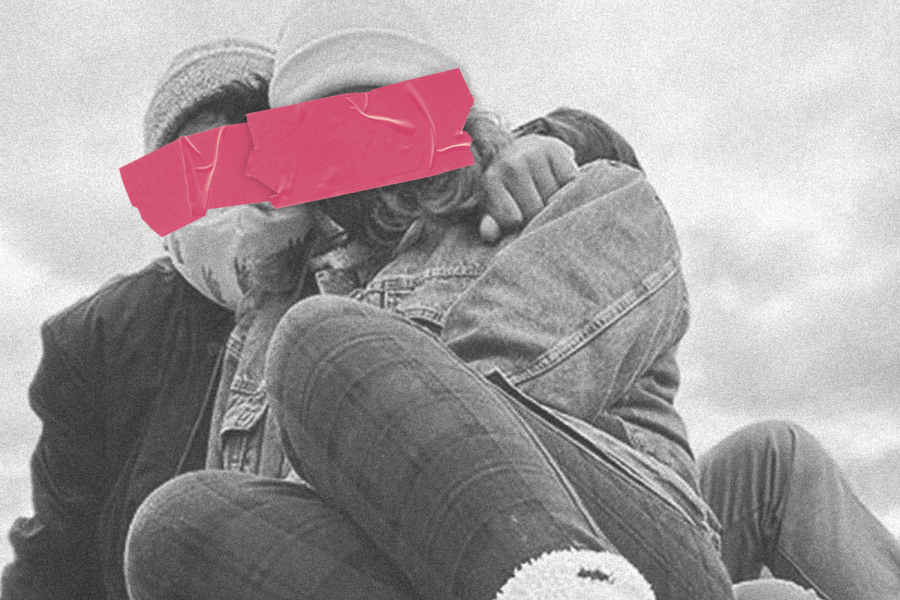 Editor’s note: This article is one in a series of stories from the Communication Department’s award-winning Echo magazine,  featured this summer on the Chronicle site.
_____________________________________
When the pandemic began to cause concern for the first time in February, I had just exited another relationship. Though the exact reasoning I would give for abruptly ending each of my long-term relationships over the course of seven years varied slightly, each essentially boiled down to the fact that I didn’t want to be rejected. In my head, it made perfect sense — I needed to get out before my partner could realize they weren’t interested in sticking around.

Post-breakup, I sat in my bedroom as the world began to come to a screeching halt. Come March, I was already starved for affection. I packed up my belongings, put everything I couldn’t carry back to my hometown in a dingy storage unit, and sent myself back to my childhood bedroom on a near-empty plane.

Days turned to weeks, which turned to a month spent staring at the ceiling and wishing I had better taste in TV and movies. Meanwhile, I felt trapped and lonely.

I should clarify: Despite my tendency to gracefully exit, I loved being in relationships. I loved the connections, dates and fluttery gut feelings. I wanted to be cared for, but the idea of allowing myself to be vulnerable felt like a cliff I couldn’t bear to fling myself off of. I hated the thought of giving someone the chance to hurt me.

People who typically exhibit these sorts of patterns in relationships are categorized as being anxious-avoidant, according to Ieisha Norris, co-director of clinical training at Sankofa Psychological Services.

“They crave the connectedness and the closeness, and they fear rejection,” Norris says. But they still “really want to be in a healthy, connected relationship.”

However, because of a desire for frequent reassurance often used to combat feelings of inadequacy, those who exhibit these behaviors may feel like they are a burden, or as though they need more from their relationship than their partners will be able to provide them.

Two months after moving back to Chicago, I met a man on the platform of the Blue Line. He and I talked from California to Jackson. A month later, our relationship began. It occurred to me that I may have been condemning myself to another doomed commitment, but by that time, I wanted to be with someone desperately, so I shrugged it off.

Hardly a week into the relationship, he and I decided we would need to move in together. Coronavirus cases were rising at an alarming rate again, and we had come to the conclusion that our options were to live together or rarely see each other.

The sum of my dating life had come to a small suitcase of clothes and the uncertainty of living with a partner for the first time in my life. I like him, though, I had thought to myself, and he likes me. What could go wrong?

We moved in together without any discussions of expectations, spaces or boundaries. To us, the fact that we were so enthralled with each other could carry us through anything.

This was not the case. We floundered as we adjusted to our new way of life. I had the presence and comfort I wanted so much, but once the glamour of quiet breakfasts and endless cups of café de olla wore off, we realized we were just two people who had no clue what to do with each other.

Quite simply, we drove each other crazy. There wasn’t a moment during the day, it seemed, that we spent separately. He was always there, wherever I turned.

“When you are forced into these situations prematurely, as the pandemic has done, the representative of an individual quickly leaves, and you see all of that person,” Norris says.

I didn’t have any space to establish an early-stages-of-dating persona with my partner. All day, every day, we watched each other cycle through stress, annoyance, fatigue and apathy. There was nowhere to hide.

The pandemic wasn’t getting any better outside the apartment. I was jobless, anxious and sad. Everything felt precarious, as if I were balanced on a tightrope and threatening to come crashing down at any moment.

As I came to the realization that I couldn’t handle my deteriorating mental health alone, I began to let my partner in on my thoughts. Though it was more of a self-preservation act than a decision to fight against unhealthy patterns in my relationship, it functioned as both.

Over time, my partner and I became accustomed to telling each other the things we struggled with, and the ways we interacted and communicated within our confined space became easier. We learned that we needed to give each other space; that wanting time alone in a relationship is neither uncommon nor unhealthy.

Boundaries were upheld, and the relationship began to shift. There wasn’t an urge to get out, run away or break ties anymore. Instead of trying to find a way to leave, I made a conscious choice to choose him.

My ability to open up to him helped me quell the anxious tendencies I so often fell back on; just as the time we spent apart in our living space helped reinforce that we could function without the other. This is something licensed marriage and family therapist Robert Kispert refers to as “interdependence.”

“Partners are incredibly emotionally dependent on the quality of the relationship with one another,” he says. “How we’re feeling in our most intimate relationships and particularly in a romantic partner [can] profoundly affect us.”