The Columbia Chronicle • May 16, 2020 • https://columbiachronicle.com/column-thats-all-for-this-graduate-it-has-been-an-honor-a-pleasure-and-a-privilege

Column: That’s all for this graduate—it has been an honor, a pleasure and a privilege 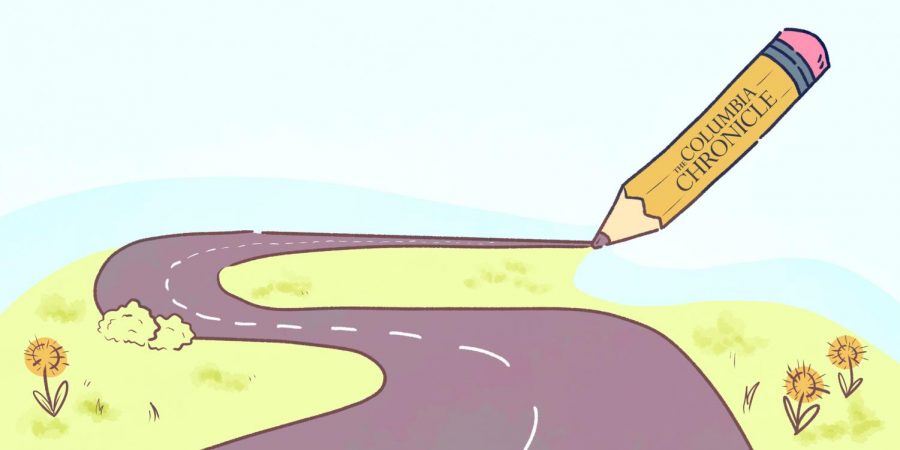 I began working at The Columbia Chronicle when I came to Columbia my sophomore year. And when I turned in the first article of my career—”School funding bill gives districts needed relief”—I was excited. A few weeks before that, I had been making sandwiches at Jimmy John’s, fresh off my first semester at Harper College in Palatine.

I was never a writer and never wanted to be one after struggling immensely with seventh grade grammar. Who needs to know what an indirect object is? And what is a transitive verb, anyways?

However, when I turned in that first story, my editor did not seem as excited.

Then-Metro Editor Jackie Murray let out a long, defeated sigh after having looked at my story for 10 minutes, then left her desk to take a walk for what felt like forever. When I got her edits back, it took me a while to answer all of her questions about my story. You’d be surprised to know years of sandwich making didn’t help me grow as a reporter, no matter how fast I made the sandwiches.

But as my first semester progressed, the Chronicle helped shape me into the reporter I am today. The diligent editing made me ask better questions in interviews and forced me to carefully organize every paragraph in a story.

All my life I never knew what I wanted to do after high school, but that changed after working at the Chronicle.

During my time on staff, the Chronicle has won numerous awards, has held institutions accountable for their actions and has grown from a weekly issue to a daily online operation with a strong multimedia desk.

Since I’ve been in the media industry, there have been a lot of firsts, or rarities that I knew I would forever remember where I was when they happened.

In 2016, the Cubs won their first World Series in 108 years; it was also the same year President Donald Trump was elected and Brock Turner’s trial and subsequent lenient sentence occurred. Then came the the #MeToo movement, the Jason Van Dyke trial and Mayor Lori Lightfoot’s historic election. I’ve lived through Brexit, the impeachment trial and a pandemic, all of which have been semi-recent, and the list goes on.

Goodbyes are always sad, but it’s refreshing to see the talented reporters and editors who I will leave behind. The quality work the Chronicle does—and other local media outlets, as well—will most likely not be duplicated elsewhere. High-quality local news is the lifeblood of any thriving community, whether that be a college campus or neighborhoods throughout a city.

I’m forever grateful to the Chronicle for preparing me for post-graduate life. I traded weekend parties in Chicago for weekend emails to Columbia administrators, and I’d do it again. Where else would I get to interview 7-Eleven employees about their cleaning procedures?

I will never forget the friends I made along the way and the memories we shared. While the list of people to thank is extensive—and would put me over word count—I want to thank Murray and my first team of editors for essentially being my first journalism professors in action.

I still don’t know what a transitive verb is, but so far, it hasn’t come up.