Column: How COVID-19 changed my dad’s job as a sports investment and gaming consultant 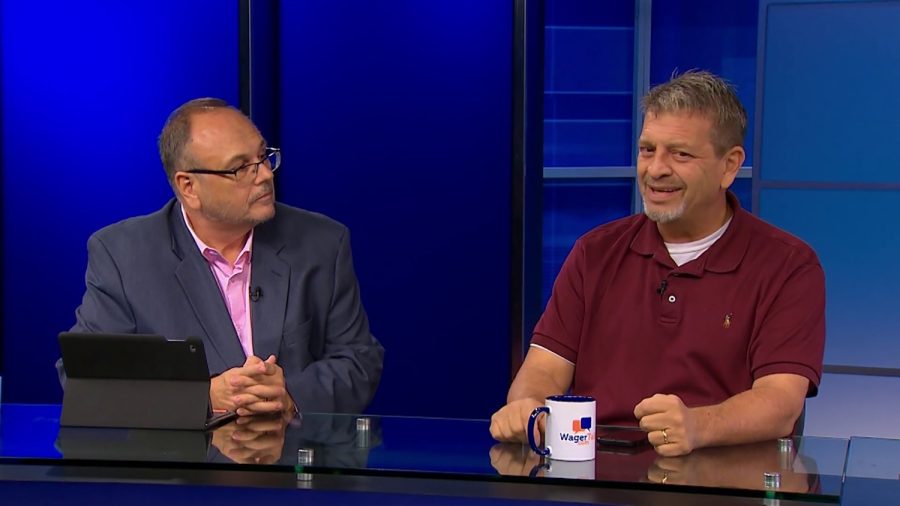 Growing up, I watched my dad, Tony Kiosow, bring his work to the beach, on trips to amusement parks and to his own hospital bed when he had a heart attack.

A month ago, when I visited my parents in Las Vegas, Nevada, it was the first time I saw my dad step away from his computer or phone for more than an hour.

Kiosow—who goes by Tony Finn for work—is a sports investment and gaming consultant who primarily focuses on basketball, football and baseball. He consults with businesses and the “average Joe” who want to place bets on sports games.

“I offer a guy who really is interested in sports, is conscientious about a budget … and always looking to make money, the best opportunity to be successful in their investment,” he said.

Each week Kiosow sells sports analysis articles on which teams people should invest in. He doesn’t just look at the stats of each player, but at the overlooked variables with his keen understanding of the players and team.

Before looking at injuries, statistics or how good of shape players are currently in, he plays the game out in his mind. After that, he considers what he might be missing, such as an unexpected injury. Kiosow understands how important a simple block or fake handoff is and said the “little pieces” can win or lose a game.

When I think of my dad, I see him behind a computer, headphones on and a microphone nearby. He has three or four monitors, showing a basketball game on one screen and sports analytics on another. When I was younger, my room was next to his office, and I became used to falling asleep to the clacking of a keyboard.

He has been a sports investment and gaming consultant for more than 25 years, working 18 hour “shifts,” and he worked 2,200 straight days without a day off or vacation. So when tournaments, games and other sporting events were canceled due to the coronavirus pandemic, to my dad, the world had “gone black.”

In late May, when I drove from Chicago to Las Vegas to stay with my parents, he had not been working for nearly two months. It was obvious he was a bit antsy, often hovering by his computer, waiting for a message telling him that sports—truthfully, his life—were starting up again.

In March, as the coronavirus spread around the globe and sporting events were canceled, my dad was unsure what to do with himself, at first.

As a compulsive person, he woke up early every morning, made lists and tried to do things around the house. He picked up gardening and finally cleaned the garage. He told himself to stay away from the computer.

However, as sports like basketball, football and baseball are set to pick back up again in late July, Kiosow is preparing himself for changes to the job he has done for more than two decades.

While some may not think fans or crowds impact the game, he said they do. The crowd is essential to the outcome of the game because the energy of fans hype players up for and during a game—there’s truth to the phrase “home advantage.”

Not only does he now have to focus on how fans will congregate, but he also has to plan for rule changes and adjustments players are going to make and how it will impact their performance. But he said the “coronavirus threat” and its ultimate impact on the sports community “continues to make up new rules.”

While he will continue to learn with the rest of world embracing “the new normal,” he is willing to welcome change. However, I know that change will not include working any less.

“Everything is going to change,” he said. “When you were a kid you had 100 channels on the television; when I was a kid, I had three. Life is different, this is just another one of those things. It’s the circle of life.”