The Columbia Chronicle • May 11, 2021 • https://columbiachronicle.com/column-hitting-the-brakes-on-the-wild-ride-of-my-chronicle-experience

Column: Hitting the brakes on the wild ride of my Chronicle experience 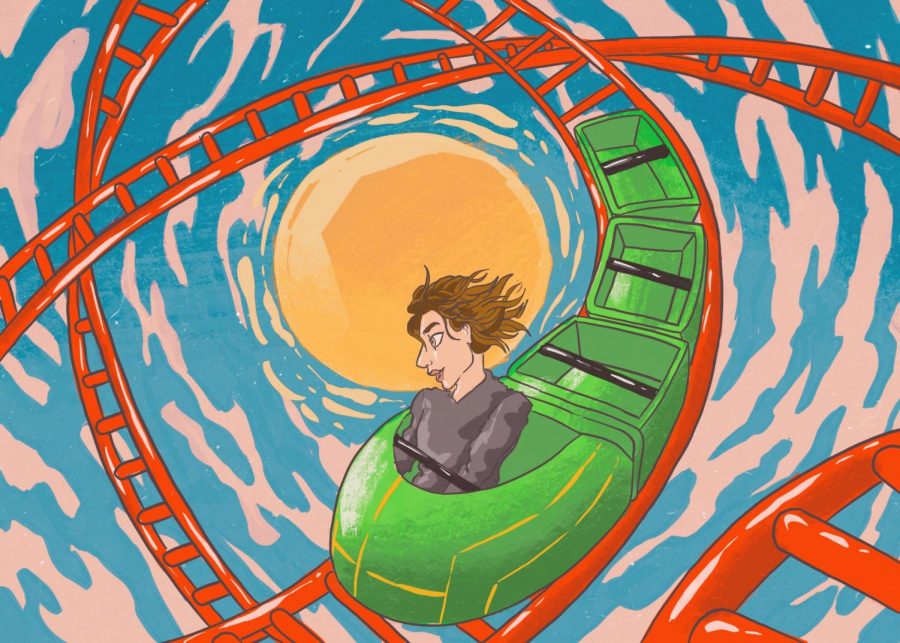 Whenever I tell someone I’m graduating with a bachelor’s degree in creative writing, the first thing they say is, “What are you going to do with that?” in a tone that may not mean to be condescending, but always comes off as such. Then, they’ll start suggesting things they think I should do with my life, and journalism often comes up in those conversations.

I don’t want to be a journalist. If I did, I would’ve majored in journalism.

That makes it all the more ironic that I’ve spent more than half of my college career working as a copy editor for the Chronicle.

I applied without having taken a journalism class before, without knowing any Associated Press style or what a newsroom environment was like. I knew I liked editing, and that was about it.

I didn’t get the job at first. I’ll admit that I was underprepared and not confident during that first interview. I had accepted that it wasn’t going to work out, when to my surprise I got a call from General Manager Travis Truitt a few weeks into the Fall 2019 semester. A position had opened up, and I had another chance.

I went into the second interview more prepared and more confident, but I still didn’t expect to get the job. A few days later, another phone call squelched those doubts.

My time at the Chronicle has been a roller coaster. If you want to get specific, it’s been an Intamin Blitz model.

It didn’t start with a slow-chain lift-off at training week, like many other Chronicle careers, because I was launched right into all the action due to being hired in the middle of the semester. Those first weeks threw jarring airtime hills my way as I learned the job on the fly.

The ride calmed down at the start of the Spring 2020 semester when I had my first formal training week and finally felt fully acquainted with my job. Two months later, I hit a second launch: the COVID-19 pandemic.

The layout completely changed from there. The bouncy airtime hills shifted to rapid-fire inversions as the Chronicle went from an in-person newsroom to a digital format. Most of the stories at the copy desk were either about the pandemic or the 2020 election. At times, it was overwhelming; I thought I might grey out from the G-forces. But I stayed strapped into the ride.

Eventually, I adjusted to the online format and the stomach-dropping feeling went away. I continued to produce the best work I could from my bedroom with my cats as my honorary co-workers.

This past semester has been the most intense of them all. In addition to my work at the Chronicle, I took on an extra class so I could graduate with my four-year degree in just three years. On top of that, I uploaded daily TikToks and created a YouTube channel. Through the banked curves, top hats and heartline rolls, I managed to get through it all with my hands in the air and eyes open.

After a wild ride, my college career and time with the Chronicle is hitting the final brake run. I’ll look back fondly on all the memories I’ve made during my time at Columbia, but it’s time for me to hop down the exit ramp and move on to wilder rides.