Costs for Columbia students to go up again 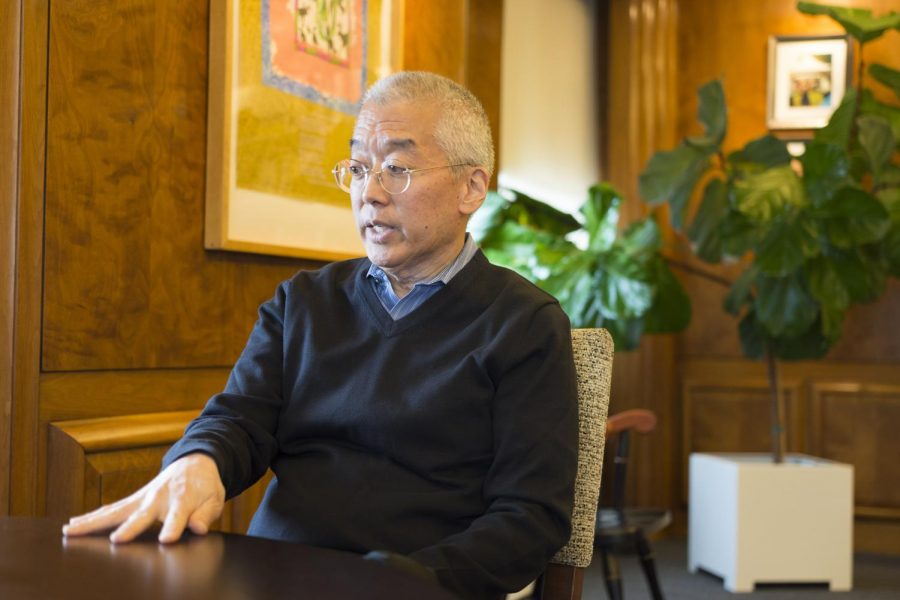 President and CEO Dr. Kwang-Wu Kim announced another increase in tuition and housing rates, this time for the 2020-2021 academic year. This is the third year in a row that tuition has been capped  at a 2% increase for students.

The increase was approved by the Board of Trustees, as announced Tuesday, Nov. 19 in a collegewide email.

To the dismay of some students, the 2% increase in tuition for full-time students will bring it up to $27,142. Kim said in the announcement this $532 increase is “in line with inflation.”

“The trustees and I remain committed to using your tuition dollars and our other resources wisely and responsibly to improve the quality and fully realize the value of a Columbia education,” Kim said.

Senior acting major Daphne Escalante said that like many students, she counts on scholarships and loans to help pay for college.

“If tuition is going to increase … scholarships and grants should be more accessible or just more pronounced,” she said.

While registration, technology and student instructional fees will not change, the annual student health fee will go up by $30 for full-time students. This is the first time the health fee will increase in five years according to the email.

Junior animation major Julia White said she is not affected by the increase as much as some people she knows because she transferred to Columbia from a community college to save money.

She said she hopes the tuition increase goes toward keeping software and equipment up to date with industry standards.

Kim said the college is working to add more resources on-campus, such as additional printing facilities as well as adding “front-line staff in the Counseling, Columbia Central and Career Advising offices.”

Danny Steininger, junior cinema art and science major, said he is OK with the increase as long as it benefits the students directly rather than going toward something that would only benefit the administration.

He hopes some of the money goes toward paying part-time faculty more, as he remembers when some said they were struggling to be able to continue working at the college his freshman year.

Along with tuition, rates for residence halls will increase by 3% “to reflect rent increases from the residence hall property owners,” according to the announcement.

White, who lives off-campus, said students who are considering moving off-campus might be pushed to make that move due to this increase.

Anthony Diaz, a sophomore filmmaking major, said he was considering moving on-campus  because he commutes more than an hour everyday from Skokie, but is reconsidering after learning about the increase.

“[Commuting] gets annoying and interferes with my schedule a lot, so if [the cost] increases, then it’s going to be a lot more expensive for me,” he said.

Freshman comedy writing and performance major Noah Hall said coming from a different college, he sees where tuition is going for student resources. However, living in The Flats, 829 S. Wabash Ave., he is frustrated with the amount of money he pays for on-campus living.

“We should be a little more careful about where we put our money instead of building all these new fancy buildings and trying to expand our campus,” he said. “Why don’t we take care of the students that we already have?”