The Columbia Chronicle • May 9, 2022 • https://columbiachronicle.com/columbias-2022-honorary-degree-recipients-to-be-awarded-for-bravery-and-community-leadership 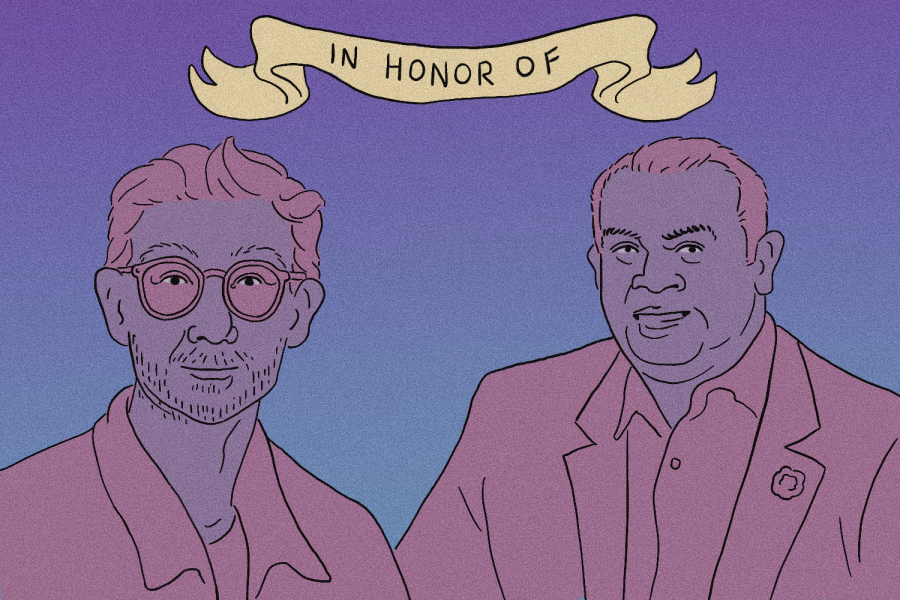 Columbia announced award-winning journalist and 2009 alum Danny Fenster and LGBTQ+ community leader Modesto Tico Valle as the recipients for honorary degrees from the college for the impact they have made while exemplifying exceptional leadership and courage.

Fenster and Valle will speak at Columbia’s in-person and sensory-accessible commencement ceremonies this weekend for more than 1,400 undergraduate and graduate students at the Auditorium Theatre, 50 E. Ida B. Wells Drive.

Fenster was the managing editor of Frontier Myanmar, an award-winning publication based in Yangon, Myanmar, before being detained in May 2021 by the military junta on the way home to his family in Detroit.

Fenster was imprisoned in Myanmar and convicted of three charges: incitement, unlawful association and violation of immigration laws based on the accusation that he continued to work at Myanmar Now, a publication whose licensed was revoked. Shortly after his conviction and being detained for 176 days, Fenster was released in November 2021, with the help of U.S. diplomat Bill Richardson.

While he was imprisoned, Fenster received the National Press Club’s John Aubuchon Press Freedom Award for his bravery.

But before he began working in journalism professionally, he studied the craft at Columbia and graduated in 2009. Reflections on Fenster from his family and the Columbia community echo the shared sentiment that he has always had a desire to make a positive impact on the world. While in college, Fenster and his brother volunteered with Burmese refugee families in the Chicago area, and when he eventually moved abroad to Myanmar, he upheld the commitment of press freedom for everyone.

“This desire to not just report, but the desire of different peoples and different citizens of different countries to have access to reporting to varied opinions, it’s not a Western thing. It’s not a democratic thing. It’s a completely universal thing,” Fenster said in an interview with the Chronicle.

Fenster said Columbia and the city of Chicago continue to impact who he is today. He will speak to graduates at both of the Saturday ceremonies, May 14 at 10 a.m. and 2 p.m.

Valle is the CEO of Chicago’s Center on Halsted — the most comprehensive LGBTQ+ community center in the Midwest, which opened in 2007 at 3656 N. Halsted St., providing healthcare, affordable housing and well-being resources to the queer community in Chicago. He will speak at both ceremonies held on Sunday, May 15 at 10 a.m and 2 p.m.

Valle said when President and CEO Kwang-Wu Kim called him, he felt surprised and emotional by the news. Valle was born in Puerto Rico and grew up in Old Town with his four siblings, attending St. Michael’s Catholic School at a time when he said the neighborhood was becoming gentrified.

Identifying as a queer, Latino man, he went to Notre Dame seminary school, but left after two years to attend DePaul University, and he began his activism during the HIV/AIDS epidemic in the ’80s. Losing many of his friends to the disease, Valle started volunteering and mobilizing other volunteers to care for people battling AIDS.

”That really became the fire in me to try to make a difference in the world, to try to give a voice to those who were silenced, to try to move our elected officials to action,” Valle said. “And that’s … the foundation of who I am, of my work.”

Valle founded the Chicago chapter of the NAMES Project AIDS Memorial Quilt. He has also volunteered at numerous Chicago nonprofits and was inducted into the Chicago Gay and Lesbian Hall of Fame, among many other achievements.

Valle said the Center on Halsted is a space for people to be their authentic selves and to find their voice so they can fight for those who cannot. More than 1,400 community members visit the Center daily, according to the school’s press release.

“What’s so beautiful about this honor is the point to how diverse Columbia College is and how welcoming they are to community, and how they celebrate and lift up, because that’s what the Center [on Halsted] is about,” Valle said. “And so being selected for this honor really has touched my heart.”

Valle said he hopes to be the inspiration for Columbia graduates who are hoping to be leaders and make the world a better place.

“At the apex of humanity are those courageous individuals who fight to make the world a better place for us all,” said Kim in the school’s press release. “Beyond their professional successes, Danny Fenster and Modesto Tico Valle stand out because of their bravery and deep conviction, even in the face of daunting public health crises or harsh state oppression. They are not just accomplished individuals but exemplars for others to follow.”