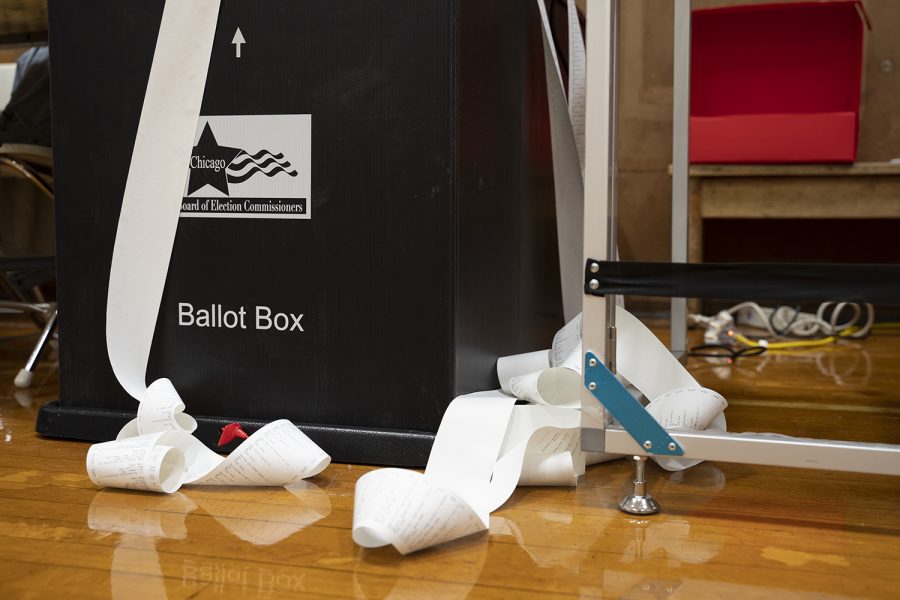 Between 2016 and 2020, Columbia College students’ voting rate increased by nearly 16%, according to the National Study of Learning, Voting, and Engagement.

Sharon Bloyd-Peshkin, a professor in the Communication Department and creator of Columbia Votes, the college’s hub for voting and voter registration, said the jump was a testament to increased civic engagement at Columbia.

“If you can make getting civically engaged and voting part of what it means to be a college student when they arrive at college, that’s a really powerful way to bring them into the system,” Bloyd-Peshkin said.

After piloting Columbia Votes in the Communication Department, Bloyd-Peshkin collaborated with the English and Creative Writing Department in 2019 to train instructors in Writing and Rhetoric classes on how to register college voters. In 2020, the program expanded its reach to include Big Chicago classes, which are taken by all first-year students.

Collaborating with Big Chicago classes made sense to Bloyd-Peshkin, as she could reach a greater number of students at one time. She said the idea is to catch first-year students early because they are new to Chicago and many have just turned 18-years-old.

“We weren’t sure if we were making an impact because it was such a crazy semester and very unpredictable in terms of COVID and politically,” Busalacchi said.

Busalacchi is also the managing editor for The Columbia Chronicle.

During this semester’s ongoing transition into more in-person classes, Columbia Votes has gone back to doing in-person presentations and tabling at the Student Center. Bloyd-Peshkin has made a lot of changes to Columbia Votes since 2019, one of the biggest ones being an increase in the number of voter registration geniuses, students who spread Columbia Votes’ message, on the team.

“I develop all the materials, and I book almost all of the opportunities … I support and I introduce, but I try to foreground the voter registration geniuses so that it’s more peer to peer rather than me telling students that their vote matters,” Bloyd-Peshkin said.

“[They] paid for purchasing some printers, papers, envelopes, stamps and pens for us to do our work and other kinds of supplies we needed,” Bloyd-Peshkin said.

“When we first started, it was just a handful of us going into buildings on campus right when classes were either starting or ending. [We] handed out registration papers to people trying to get them registered in the hallway. It was very chaotic,” Young said. “Now, we are more integrated into the campus setting.”

Bloyd-Peshkin said the voter registration geniuses have been putting forth ideas to encourage more Columbia students to vote, with a focus on making voting accessible for everyone.

Ally Longo, a voter registration genius for Columbia Votes and a senior deaf studies major, said she was able to combine her studies with her work at Columbia Votes by making a voting accessibility guide, addressing the barriers for persons with disabilities and how to change them.

“I’m a deaf studies major, so when I got this job that was something that I wanted to focus on … making sure that everyone had access to be able to register to vote,” Longo said.

“It is just really important to make sure students are registered to vote, and with Columbia Votes, we’ve raised student engagement with voting, and it’s just been a really rewarding experience to do that,” Longo said.

Students can access the Columbia Votes Sharepoint in their Canvas portal and can email vote@colum.edu for help registering to vote.