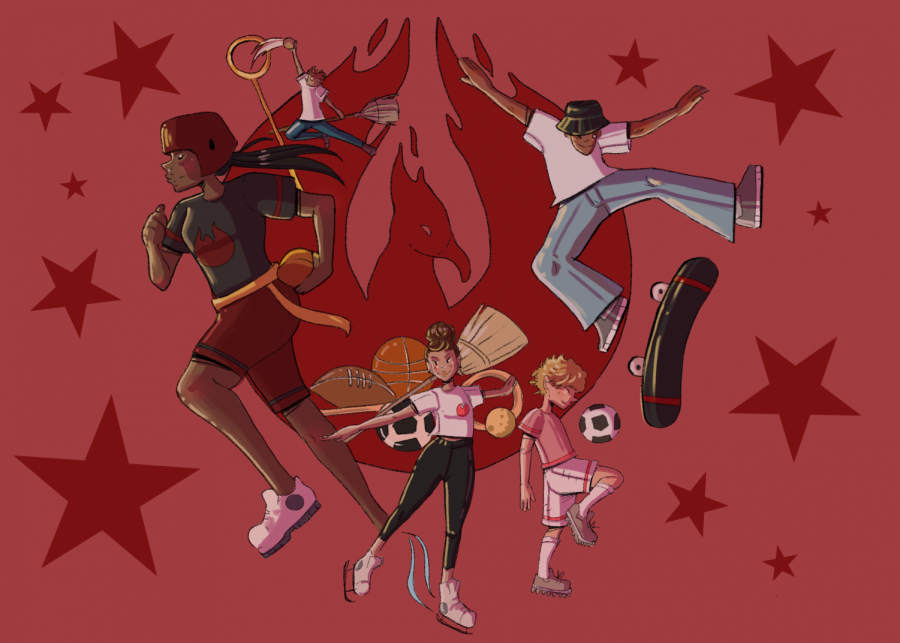 A new school year means new sports. With more students on campus attending in-person classes this year, clubs and organizations are working hard to promote and expand their programs, and that includes athletics.

The Student Athletic Association, under the name Columbia Renegades, offers student-run club sports options but took a hit last year related to the pandemic. The Renegades student leadership team is now hoping to get back into the swing of things.

“Once COVID-19 happened, [the groups] just disappeared,” said Connor Flatley, community director of the Student Athletic Association. “So now it’s getting built from the ground up again.”

Getting students back into the athletic programs also means introducing new sports to the lineup. As of now, the Renegades are reinstating figure skating and flag football, plus adding skateboarding to the list of activities in which students can participate.

Practice schedules and locations vary depending on the sport, but skateboarding will take place in different skate parks around the city every week. The figure skating and flag football teams are still setting up their schedules.

“Once I knew there was a chance that flag football could be played here at school, I thought, that’s awesome,” said PJ Spitzer, the acting captain of the flag football team. “I heard before COVID-19 there was a huge club for [flag football], so I was like, well, let’s see if we can get that started again.”

Since the programs are just starting up again, there are challenges to overcome.

“We’re really struggling to find more leadership,” Spitzer said. “I’ve gotten emails from people saying they are excited to play, excited to get out there, but there’s no one really interested in a leadership role. … I can’t hold the entire weight of that entire flag football club, so if there’s more people willing to have a leadership role, we can get this going.

Students are encouraged to join a group to connect and have fun. If there is a sport that is not in the lineup for which there is interest, students can contact the Student Athletic Association.

“All [students] have to do is reach out to either me, Connor Flatley or Kayla Jackson,” said Colin Gaines, president of the Student Athletic Association. “You can just reach out to any of us with an email, and we’ll set up meetings and talk around the student body, try to see if people show up, and if there’s enough people, we’ll make it an official team.”

The Columbia Renegades are currently planning social events to welcome more students into their programs.

You can keep up with the Renegades through their social media and the Columbia Engage portal.