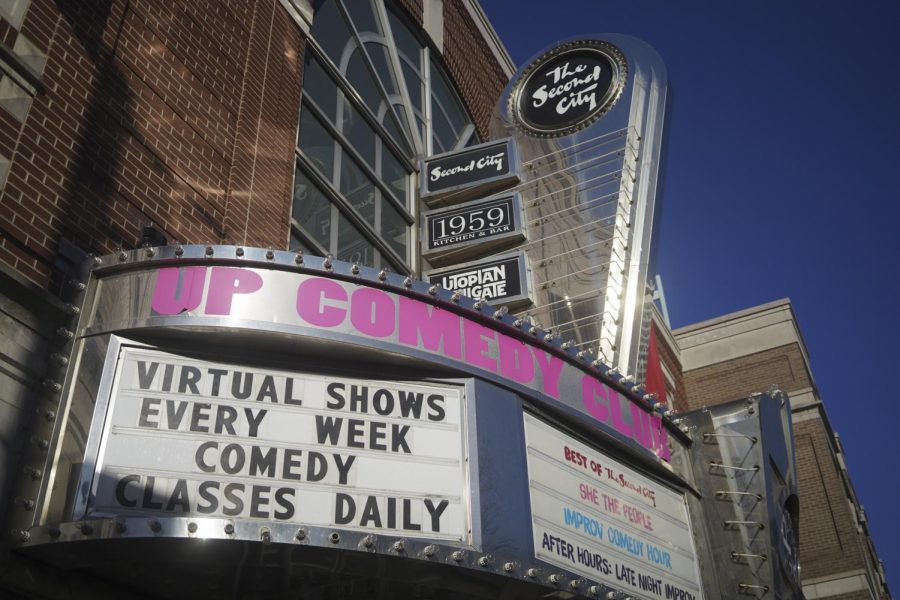 The Second City's show titled "Black & White News: The Plan!" was written, directed and performed by people of color and had virtual shows on Feb. 18 and March 4.

For Terrence Carey, live audience interaction is one of the most important parts of improvisation. Hearing the “ooh” and “ahh” from the crowd lets him know his jokes had an impact.

Because the pandemic moved many live shows online, Carey, a 2015 theatre alum, and his fellow performers had to rely on feedback from a live chat that played during their recent show with The Second City, titled “Black & White News: The Plan!”

“The energy was alive … virtually,” Carey said. “It felt different, but it was still electric.”

Carey and Kayla Pulley, a 2011 theatre alum, were part of The Second City’s first-ever Black, Indigenous and people of color-led virtual improv comedy debate show. The show debuted on Dec. 9, 2020, and there were also shows streamed via Zoom on Feb. 18 and March 4, marking the last performance.

Carey came up with the idea for the show’s theme when Second City started looking to put together a debate show. He wanted to tie it in with news because he was currently engrossed in news, he said, just like a lot of other people over the past couple of years.

The show was put together by Preach, a Black-led improv comedy group that Carey helped co-found after graduating.

In the show, comedians and actors took on the role of news anchors and debaters and addressed contemporary topics related to race and current events by parodying the news.

The writers’ room was “fully BIPOC” according to Carey, and was composed of Carey, Pulley, Max Thomas, Lauren Walker and Atra Asdou, along with Asia Martin, who was the director of the show.

The actors in the show broadcasted virtually and used eccentric costumes with wigs, suits and hats and used lower-thirds graphics labeling them as news anchors and correspondents to parody daily news visuals. Actors first presented news and contemporary issues, then moved on to debate and ended the show by presenting a plan for America to address the issues discussed.

“The show’s objective is to promote higher, positive vibrations while also hosting a racially-charged political debate,” Carey said. “It is a vehicle to talk about news from a Black perspective.”

“Black & White News: The Plan!” was created in part to diversify The Second City’s content after co-owner and executive producer Andrew Alexander resigned last summer amid allegations of racism, as reported by NBC Chicago on Feb. 2.

Pulley said she has been a fan of Preach for years, and due to an invitation from a friend, she was able to participate in her first Second City show.

“This is a show that’s so good and personal to me that I am making with the people I respect and admire the most,” Pulley said.

Because of the research that had to be done on different current events, Pulley said the show required much more preparation than a typical improv comedy show.

“We’re smart people, so we’re gonna make sure we back up our jokes,” Pulley said.

“The first couple of times [I performed], I was terrified,” Pulley said. “And now I just love it. They are like my brothers and sisters.”