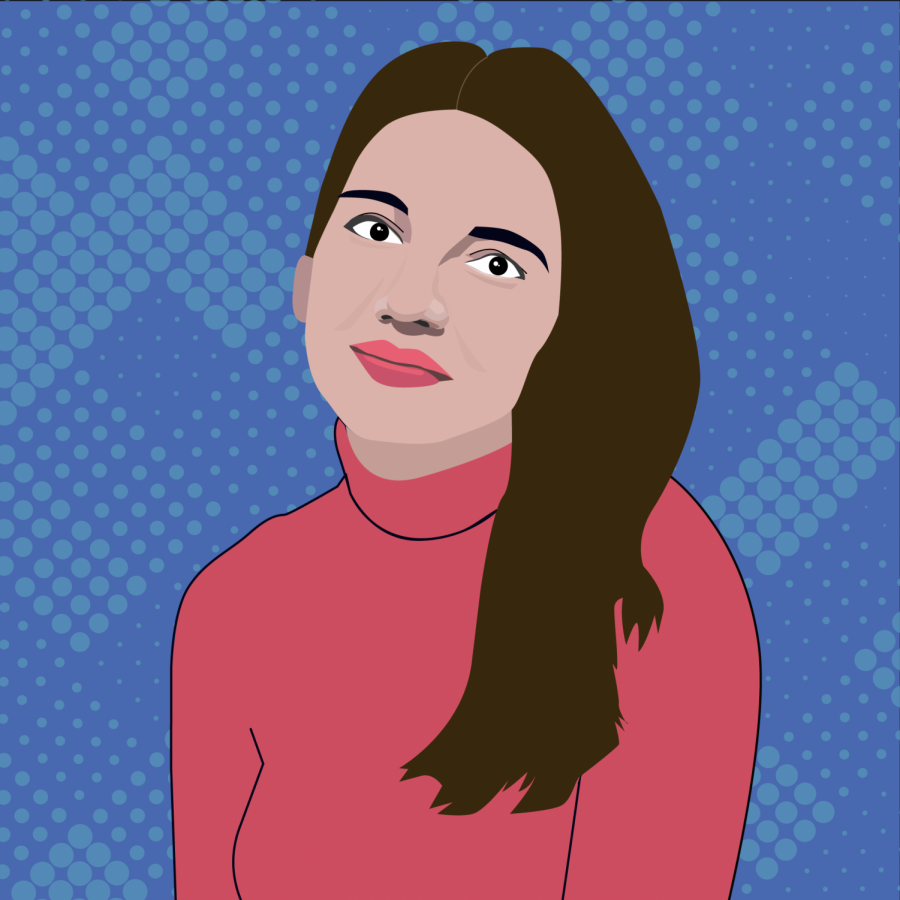 It was a five-day rush of pure adrenaline during her first week at the Washington Post for Columbia and Chronicle alum Andrea Salcedo. Not only was she adjusting her sleep schedule, but she was also gearing up for an influx of news in the waning days of the 2020 presidential campaign.

One of the first stories she worked on fell through at the last minute, Salcedo said. The interviews had been conducted, but the visuals and a comment from the other side had flopped.

With six hours left in the night, Salcedo said she pushed through on a new article making sure all of the finishing touches were finalized, like the headline, captions and article description.

Now, Salcedo said she is finally getting a chance to sleep.

Salcedo, a 2018 multimedia journalism graduate with a concentration in news and features, joined the Washington Post as a staff reporter for the Morning Mix in late October, less than two weeks before the election.

Her shift starts at 10 p.m., so she works through the night for the news to be ready between 6 and 7 a.m., she said. Salcedo is working remotely from Washington, D.C.

“For the first week I was definitely operating on adrenaline, and I didn’t feel as tired,” she said. “This week, after election week and after marking my second week anniversary there, that’s when I’m like, ‘I’m going to sleep probably for like 10 hours.'”

This, however, is exactly what Salcedo said she wants to do every day. Or, in her case, every night. Salcedo said she enjoys editors giving her feedback regularly and working with a strong team of reporters while telling stories that make an impact.

Before joining the Washington Post, Salcedo completed her master’s degree at Columbia University’s Toni Stabile Center for Investigative Journalism in May 2019 and went on to complete a one-year metro desk reporting fellowship with The New York Times, which began in July 2019.

“I was like, ‘It’d be great if I could get this, but what are the chances that I’m going to get this?’” Salcedo said of the fellowship. “It’s going to be a very competitive application process. I just figured, let’s give it a chance.”

A few months later, Salcedo said she received a call from one of the editors at The New York Times metro desk summoning her for an interview the next day. She went in for the interview and was told she would receive a follow-up.

The next call she received was an offer to start the fellowship.

“I said, ‘Of course. Yes,’ pinching myself. I still couldn’t believe it,” Salcedo said.

Salcedo has always been ambitious, which drove her to apply to the Chronicle as a freshman, she said. But, Salcedo said she got rejected twice before being hired as a staff reporter at the campus desk.

She said Chris Richert, former general manager of the Chronicle, offered her the job, after interviews with the student management team, because of her persistence and determination to work.

Salcedo remembers the long production nights that sometimes went until 1 a.m., but said she had a lot of fun and gained invaluable experience.

“I was working on six hours of sleep … I remember thinking, ‘Is this what journalists do after the college paper … just sleep six hours?’ But it’s been my best [job] I’ve ever had so far,” she said reflecting on her time at the Chronicle.

Salcedo said she thanks adjunct faculty members Sam Roe and John O’Neill along with Elio Leturia, an associate professor, who all teach in the Communication Department, for making a positive impact on her.

Roe’s “Investigative Reporting” class was really intriguing to her because no other professor had her look through police incidents, death records and nursing home violations before, she said.

His class and mentorship influenced her to apply to Columbia University, she said, and he helped her with essays and getting letters of recommendation.

“He always said, ‘Aim high, Salcedo. Aim high,'” she said. “He also pushed me not to stress so much because I can stress a lot sometimes … about where am I going to go, where my career is going.”

Salcedo said O’Neill—a deputy metro editor at the Chicago Sun-Times—interviewed her for an internship at the newspaper. This led to the opportunity to cover metro news. And Leturia always made sure Salcedo knew her “seat at the table was always earned and well deserved,” she said.

“Aim high, but in the beginning, be willing to perhaps not have that prestigious internship that is your end goal … because you have to start somewhere,” Salcedo said. “Don’t feel like because you’re in those positions at the moment … you’re stuck. It’s temporary.”