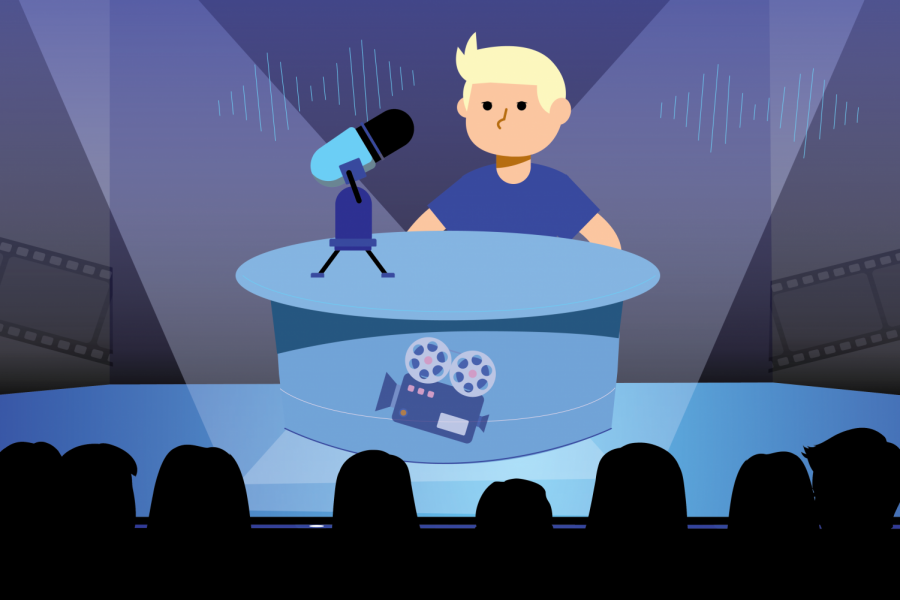 As a father of a Columbia student, Troy Toshio Takaki was concerned about students being able to connect with each other as a result of the pandemic.

That is why Takaki, a professional film editor and adjunct faculty member in the Cinema and Television Arts Department, decided to create an online speaker series for film students to learn more about the industry and connect with their peers from home.

The series began during the Fall 2020 semester with new sessions every Saturday. Now, it takes place one Saturday a month on Zoom, with each meeting featuring a different speaker from various areas of the film industry.

The series has featured a variety of speakers, such as director and producer Andy Tennant, known for directing the movie “Hitch” and for his work on the ESPN series “E:60;” composer Christopher Lennertz, known for creating musical scores for movies such as “Alvin and the Chipmunks” and “Horrible Bosses;” and music supervisor Julia Michels, known for her work in “Pitch Perfect” and “A Star Is Born.”

During each Zoom session, the speaker gives a presentation, then the students have time to ask questions. Takaki then splits the students into breakout rooms to discuss the presentation and connect with each other. Previous presenters have covered common areas of film such as directing, writing and editing, as well as niche areas such as voiceover and costume design.

Takaki said his involvement with Columbia as a guest lecturer during the Spring 2020 semester showed him how fast everything changed for students during the pandemic, which played a role in his desire to create a speaker series.

“The students had to go home, and suddenly we were feeling like the end of their year was kind of falling apart,” Takaki said.

Senior cinema art and science major Paige Brunsen has been a regular attendee of the series. Brunsen said she has enjoyed learning more about specific areas of the film industry that she was not very familiar with before.

Brunsen, the president of the Editors Guild of Columbia, said she has promoted the events through the guild because it helps students to network, which she said has been difficult during the pandemic.

Senior cinema art and science major Faith Green said the series has given her an opportunity to consider a career in different areas of the film industry, particularly music supervising and composing.

“You get exposed to different roles and jobs within the industry that you maybe haven’t heard about,” Green said. “If you do know about [the roles] … you can still attend, and you can still learn about other aspects of it.”

Green attends the series regularly and said the sessions have made her feel like part of the Columbia community, especially when she chose to take the fall semester off.

Students who are interested in the series can email Takaki at ttakaki@colum.edu to be added to the mailing list for more information. The next session is May 1 and will feature a panel of speakers talking about starting a career after graduation.