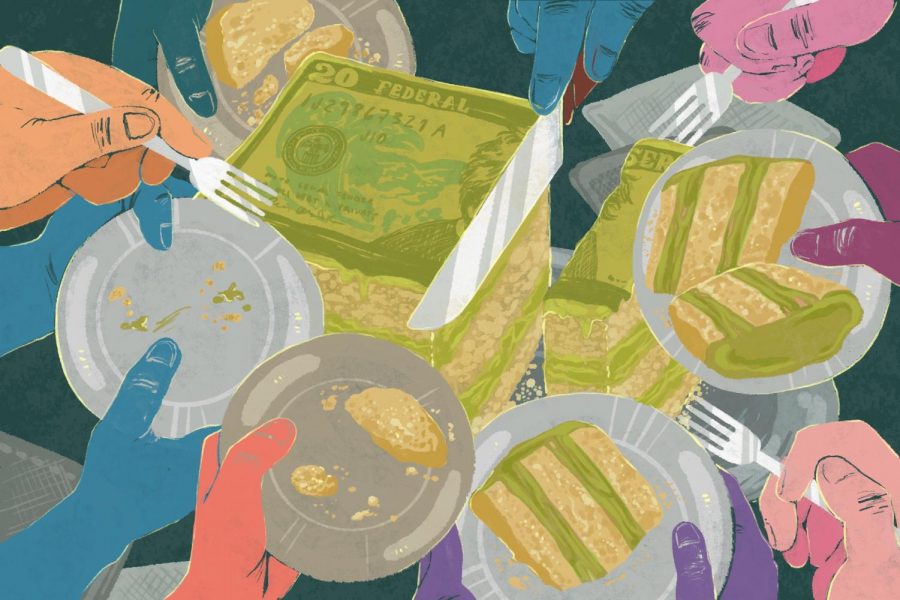 Following months of costly expenditures and a loss of revenue due to the coronavirus pandemic and with more losses to come during the fall semester, the college announced a set of budget reduction measures meant to stabilize its financial situation, including salary cuts for senior administrators and the reduction of contributions to employee retirement accounts.

In a Friday, Aug. 14 email to faculty and staff, President and CEO Kwang-Wu Kim detailed how Columbia will navigate resuming instruction and reopening campus while addressing the “direct and indirect impacts of COVID-19.”

“We face a severe financial shortfall in 2020-21, but that shortfall does not threaten the existence of our institution in the near term,” Kim said in the email.

While enrollment overall rose 1.8% last fall from the previous year—its first increase since 2008, as reported by the Chronicle—and Kim noted “registration numbers for the fall are encouraging,” he said if the college does not take precautionary steps to cut expenses, it could face “existential threats” in the future.

Kim’s email was not well received by the college’s union representatives.

Craig Sigele, academic manager in the Communication Department and president of the United Staff of Columbia College, said he was surprised to receive the president’s “dire” message right before the semester without the union being informed or contacted about budget changes.

“We haven’t heard from Dr. Kim all summer, and then he comes out with this really stressful email about cutting people’s salaries and income,” Sigele said. “It sounds like almost no one’s job is safe at the college.”
The “severe financial shortfall” for 2020-2021
In the email, several reasons were listed for the college’s financial shortcomings.

—Financial Aid: Kim said because of the recent “economic downturn,” the college “had to allocate millions of dollars in additional financial aid” to help students pay for their education.

—Tuition: The Board of Trustee’s decision to reverse course on a plan to increase tuition by 2% for the 2020-21 school year will also lead to less revenue to fund college operations, Kim said.

—Residence Halls: Kim said limiting the residence halls to single rooms to allow for social distancing, therefore decreasing capacity by several hundred beds, will create a multimillion-dollar shortfall in revenue. The college also spent more than $8 million in housing refunds to students during the spring.

As reported by the Chronicle, the college has also taken a number of measures to make the campus safer and protect against the spread of the coronavirus, or COVID-19, including: purchasing temperature scanners for various buildings to see if those entering have a fever, updating its heating, ventilation and air conditioning systems and installing touchless faucets.
A short-term fix
In Kim’s email, he said the Board of Trustees, which had previously authorized “a fixed amount of deficit spending through FY24 to support enrollment growth and ensure we continue to invest in the student experience,” is willing to increase the amount of deficit spending for the coming fiscal year to account for the pandemic.

Additionally, the Board’s Investment Committee also “moved a portion of long-term investments to cash and short-term holdings so these resources can be leveraged quickly should events lead to a dramatic … reduction in revenue.”

Kim said to protect employment and cover unforeseen expenses, the Board of Trustees has said it is willing to use the college’s savings account.

Although this method may help in the short-term, Kim said because the college’s financial reserves are limited, additional steps must be taken to bring costs closer to what the total revenue is.
Measures to reduce $9 million in collegewide expenses
These measures, which will be implemented during the 2021 fiscal year, which includes the coming fall and spring semesters, were all created with the goal of retaining faculty and staff positions, Kim said. However, he noted in his email announcement that protecting current staffing levels may not be entirely possible and other financial sacrifices may also be necessary.

“I must emphasize that preserving employment is an aspiration and not a promise or a formal commitment, given that circumstances may ultimately require cost reductions that go beyond those that I am announcing today,” Kim said in the email.

The Aug. 14 announcement listed several areas for cost reductions but did not include any mention of staff layoffs or positions being eliminated.

—Leadership pay: Kim, along with members of his cabinet and selected senior administrators, will take salary cuts between 2.5% and 10% this coming fiscal year.

—Operating expenditures/hiring: Academic and administrative units are expected to reduce spending by a baseline of 5%, some of which can be achieved by spending less on travel, catering and the retention of outside consultants, according to the email. Kim said the college is also enacting a hiring freeze and reducing marketing related to the strategic enrollment plan.

—Department/unit changes or closures: Another possible measure, Kim said, is restructuring departments and program offerings to better reflect the institution’s priorities and realities. He cited the recent closure of Columbia Online as an example and said that cut is projected to save the college more than $2 million.
Unions’ response
Diana Vallera, president of CFAC, Columbia’s part-time faculty union, said in an Aug. 14 email to the Chronicle that in addition to these measures, she is concerned about other cost-cutting methods not listed.

Vallera, an adjunct faculty member in the Photography Department, said a few faculty members have received notices to pay back their unemployment compensation, saying, “Columbia is one of two institutions in Chicago contesting unemployment as a money saving measure.”

Vallera did not specify why the claims were filed or the end results of the unemployment contestations.

She said Columbia administrators have also increased the student capacity of some remote classes as a cost-saving measure without providing instructional support, notice to the union or any increase in compensation.

“[This is] another attempt to bypass the union and take advantage of a crises to target the most vulnerable faculty,” Vallera said in the email.

Lambrini Lukidis, associate vice president of Strategic Communications and External Relations, did not respond to the Chronicle’s request for an interview as of publication Friday, Aug. 14.

Sigele said while he understands the tough position Columbia is in, it is “really disappointing” the college plans to cut retirement funds, as that means people will likely have to work longer before they can retire.

He said ideally, it would be better if the college shared its plans with union leaders and others to receive feedback before sending out an unfinished plan and telling the community about budget cuts they have no control over and that ultimately may not come.

“We’re starting off the school year threatened, insecure and we’re already feeling scared for our lives from this pandemic,” Sigele said. “And [Kim] has done nothing now to alleviate that concern.”
Other announcements
—As reported by the Chronicle July 20, more than 50% of classes were designated as hybrid or in-person. Now, after more changes were made to the course schedule, only 25% of courses will retain some level of face-to-face instruction in the fall.

—Kim said the college plans to make coronavirus testing available to students in residence halls as well as other students and employees on campus.

—Regarding residents moving in a week early, Kim also said in the email that Academic Affairs will develop “a remote academic enrichment and professional development program for all new students to add structure and purpose to the extra week and to build community among this cohort.”